Data: Who’s actually getting abortions in the US?

The Supreme Court’s overturning of Roe v. Wade has thrust the topic of abortion even closer to the forefront of U.S. public discourse. The right to an abortion has long been an issue both fiercely attacked and defended in the country, with ‘pro-life’ having now struck a devastating blow to those on the side of ‘pro-choice.’

Away from the politics and ideology though, who are the people having abortions in the United States, and what does the average person that will be affected by the loss of abortion rights look like? 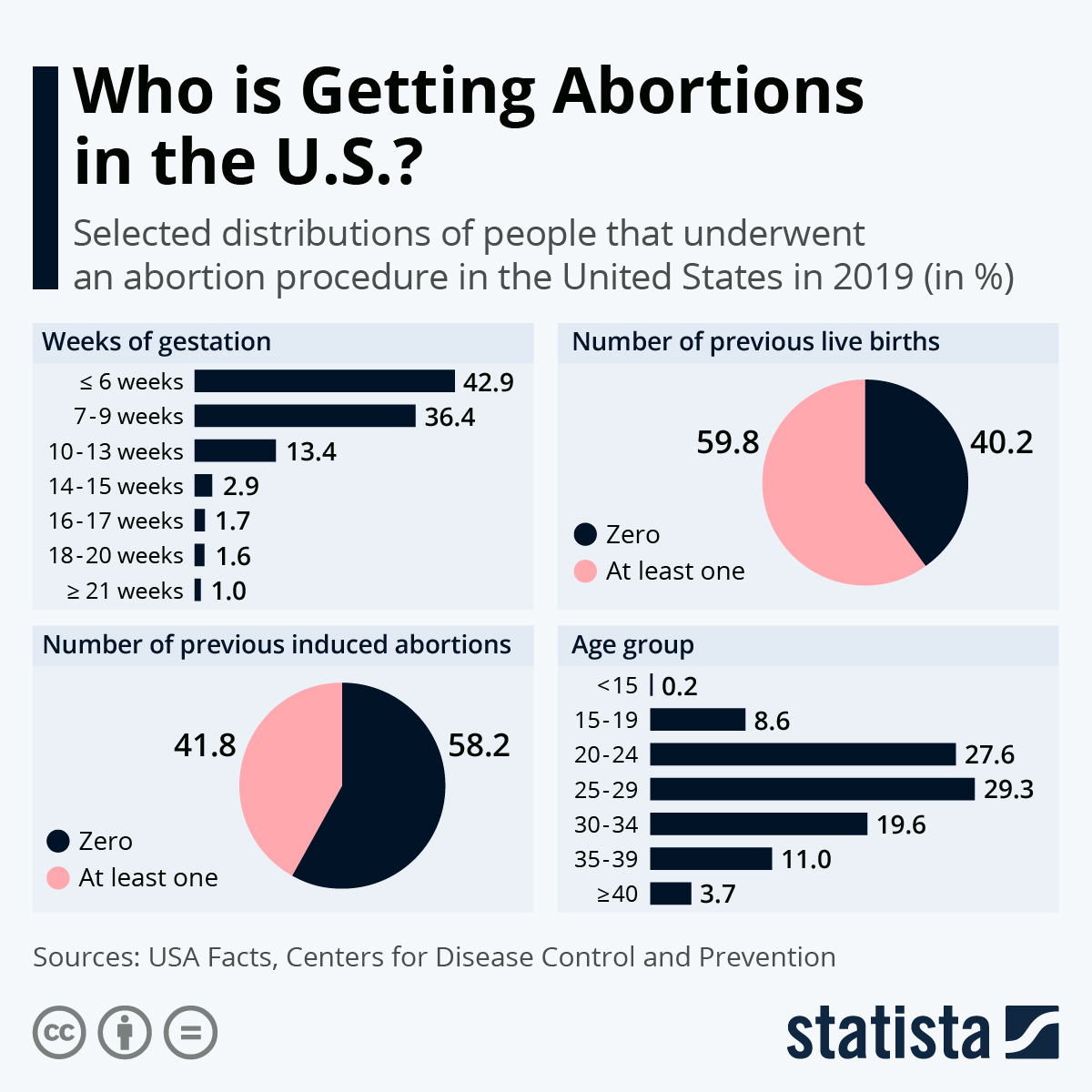 Using data collated by USA Facts from the Centers for Disease Control and Prevention, this infographic presents a selection distributions for the characteristics of people that had an abortion in 2019.

Approaching half of the abortions nationwide were conducted after 6 weeks or less of gestation. The majority of those undergoing the procedure had already had at least one live birth in the past, while for a similarly sized majority, it was their first abortion.

Somebody having an abortion is most likely to be in their late twenties and although not included on this chart, is unlikely to be married at the time.

Previous Story:
Do you really need a ‘personal brand?’
Next Story:
This is Joe Biden’s current net worth