Despite inflation, Americans still shelling out for this fancy Starbucks drink

In another sign that consumers keep spending money, undeterred by inflation, Starbucks reported record sales for its fourth fiscal quarter that ended October 2. The world’s largest coffee chain that operates more than 35,000 stores around the world posted $8.4 billion in revenue, up 11 percent from the same quarter last year. That brings the company’s total sales for fiscal 2022 to $32.3 billion, up more than 20 percent from its pre-Covid high of $26.5 billion. 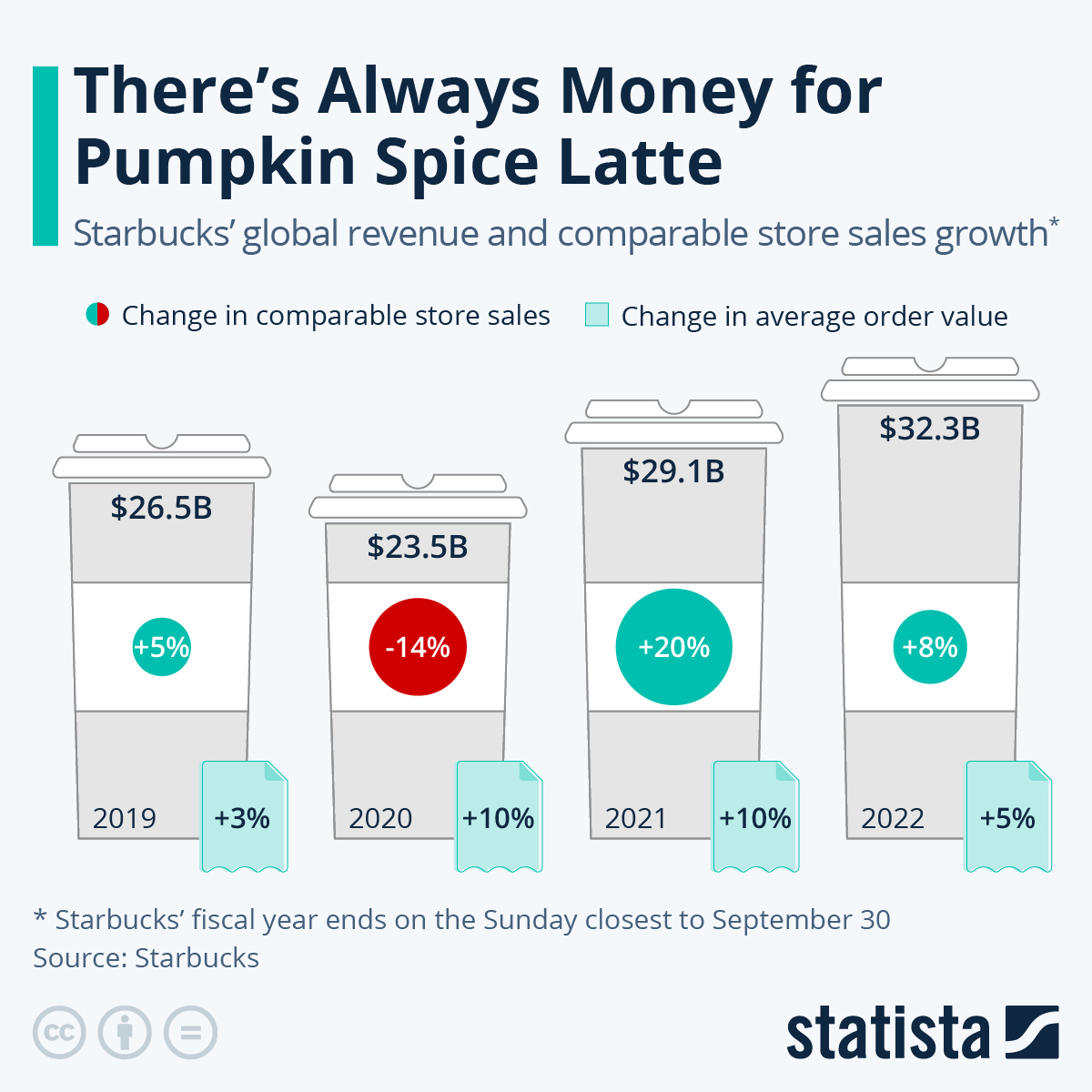 Global comparable store sales, a metric used by retail chains to measure performance without the impact of newly opened locations, increased 7 percent in the past quarter, driven by strong results in North America.

Internationally, results were dragged down by lockdowns in China, which led to a 16-percent drop in comparable store sales in Starbucks’ second-largest market, while the company recorded double-digit sales growth in the rest of the world.

Looking at the full year, comparable store sales growth was not only driven by an increase in average ticket/order value (i.e. rising prices) but also by a small increase in the number of comparable store transactions despite the negative impact of Covid restrictions on store traffic in China.

That means, even amidst a global cost of living crisis, which ought to make people think twice about discretionary spending, coffee apparently remains non-negotiable for many consumers.

Previous Story:
20 unusual items that have been used as currency
Next Story:
Al Franken takes on Alexa, Siri and digital privacy in new sketch