One of the factors identified by Netflix as a driver of its latest subscriber slowdown is the widespread practice of account sharing. In addition to 222 million paying households, Netflix estimates that more than 100 million households have access to its service by sharing someone else’s password, including over 30 million households in the U.S. and Canada. 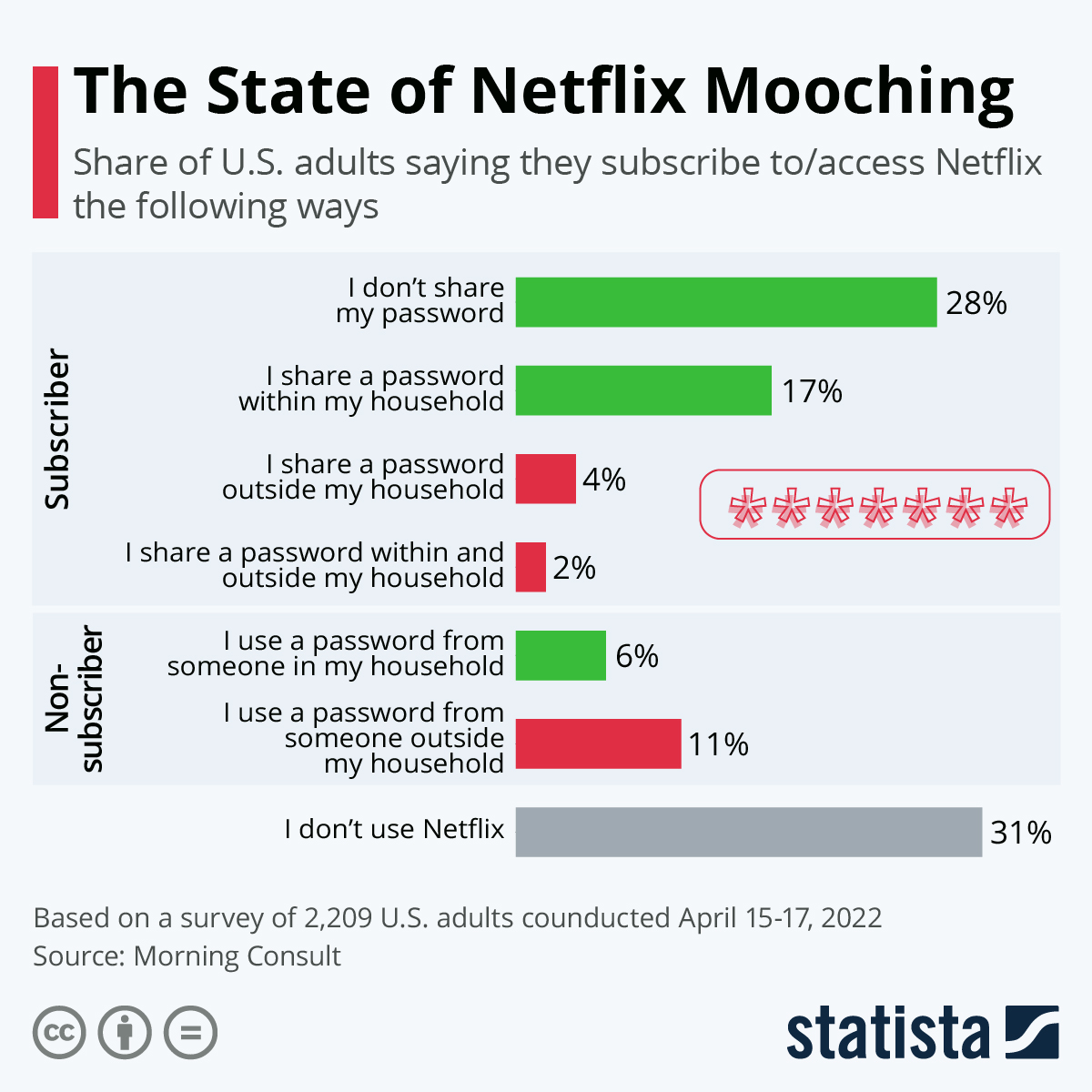 Those estimates, while alarming, are consistent with the results of a recent survey conducted by Morning Consult. The market research firm found that a significant number of Americans share a Netflix account with someone outside their household, which is technically illegal.

According to the survey of 2,209 U.S. adults conducted in April 2022, 17 percent of the respondents access Netflix using someone else’s password, with 11 percent using the account of someone outside their own home.

Having long looked the other way when it came to account sharing, accepting it as a necessary evil during a period of rapid growth, Netflix can no longer afford such generosity, as it desperately needs to reaccelerate its user growth.

What some call a coming crackdown on password sharing, Netflix calls “more effective monetization of multi-household sharing,” which it has already piloted in three Latin American markets. Earlier this year, subscribers in Costa Rica, Peru and Chile were given the option to add sub-accounts for up to two people outside their own household for a reduced membership fee.

When this model is inevitably introduced in the United States as well, it’ll likely meet a split reaction. According to Morning Consult, 55 percent of streaming subscribers would not be willing to pay a higher fee to legally share their account with others, while 33 percent would be interested in such an offer. The latter figure in particular shows that there is a market for paid password sharing, that could help Netflix ease its subscriber woes in the short term.

Previous Story:
Do you know how many credit card fees you’re actually paying?
Next Story:
10 things you really should rent, not buy