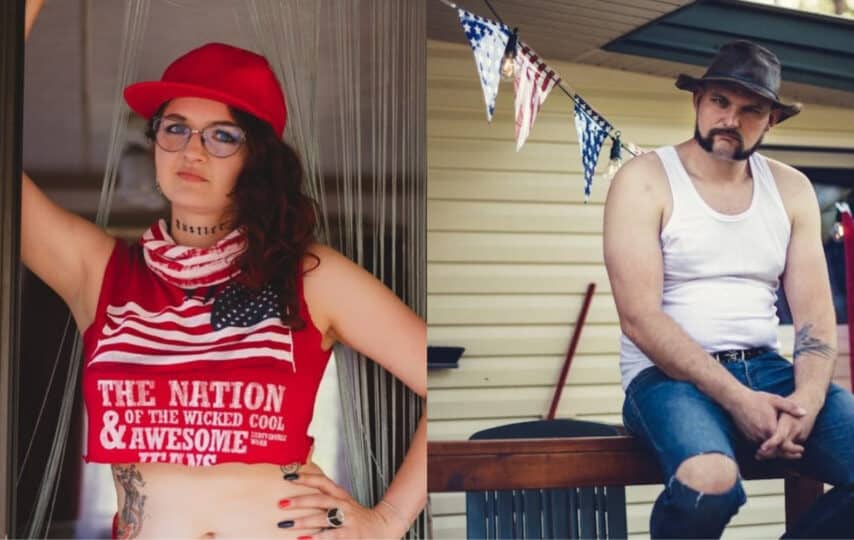 So, get this. There is a group in Poland called 4th of July LARP that has recreated an American trailer park just outside the capital city of Warsaw.

It went international in the early ’80s, and while it began with fantasy-themed LARPs, it soon branched out into other realms.

Well now, one of those other realms can be found in a resort near Warsaw where more than 60 Poles enjoy their special LARP.

The realm is an “American Trailer park,” and the LARPers themselves?

You guessed it. They’re Americans.

The Polish LARPers decorate their homes with American flags while wearing flag shirts, tank tops, plenty of plaid shirts and cowboy hats.  But, that’s not all. The LARPers are also kicking back with some Kentucky Fried Chicken and cold beverages, surrounded by red, white, and blue decorations as well as signs that read “God Bless America.”

“LARP 4th of July is a drama about the wasted American dream,” the group writes on their Facebook page. “It is a story about hope, about a small homeland, about finding one’s place in the community.”

About five years ago, a group of Polish LARPers began discussing a LARP based on the Netflix mega-hit “Stranger Things” and the classic and deservedly worshiped “X Files.” Then someone came across the perfect location, and the idea was born.

This year they are doing “the 4th of July” small-town style, featuring the arrival of “Men in Black” types and some “Breaking Bad” themes. LARPers stay at the site for 28 hours at a time, living with their chosen families and following a very hefty 700-page script that deals with all kinds of uniquely American situations, from the healthcare crisis to drug trafficking gangs.

“More than 200 years later, many Americans are living under different conditions than the nation’s founding fathers imagined. Barely making ends meet, they strive to be family members and worthy Americans, despite poverty and exclusion. Though they live on the margins of society, their home—a small town cluttered with caravans and windswept cabins—is for them the essence of ‘the land of the free and the home of the brave,” the group expands on the idea on their Facebook page.

And what do Americans think?

Well, according to the comments received by the group’s organizer, we just think it needs more. More abandoned cars, more trash everywhere and of course, more and bigger grills.

This article was produced and syndicated by MediaFeed.org

Previous Story:
What are Americans grilling this July 4?
Next Story:
Data shows how many Americans injured by fireworks on July 4