Here’s why new home sales are plunging across the US

Sales of new single-family houses dropped for the fourth consecutive month in the United States, as potential home buyers face a perfect storm of unfavorable conditions.

According to figures jointly released by the U.S. Census Bureau and the U.S. Department of Housing and Urban Development, new home sales fell to a seasonally adjusted annual rate of 591,000 in April, the lowest it’s been since April 2020, when the Covid-19 pandemic left markets flooded with uncertainty. 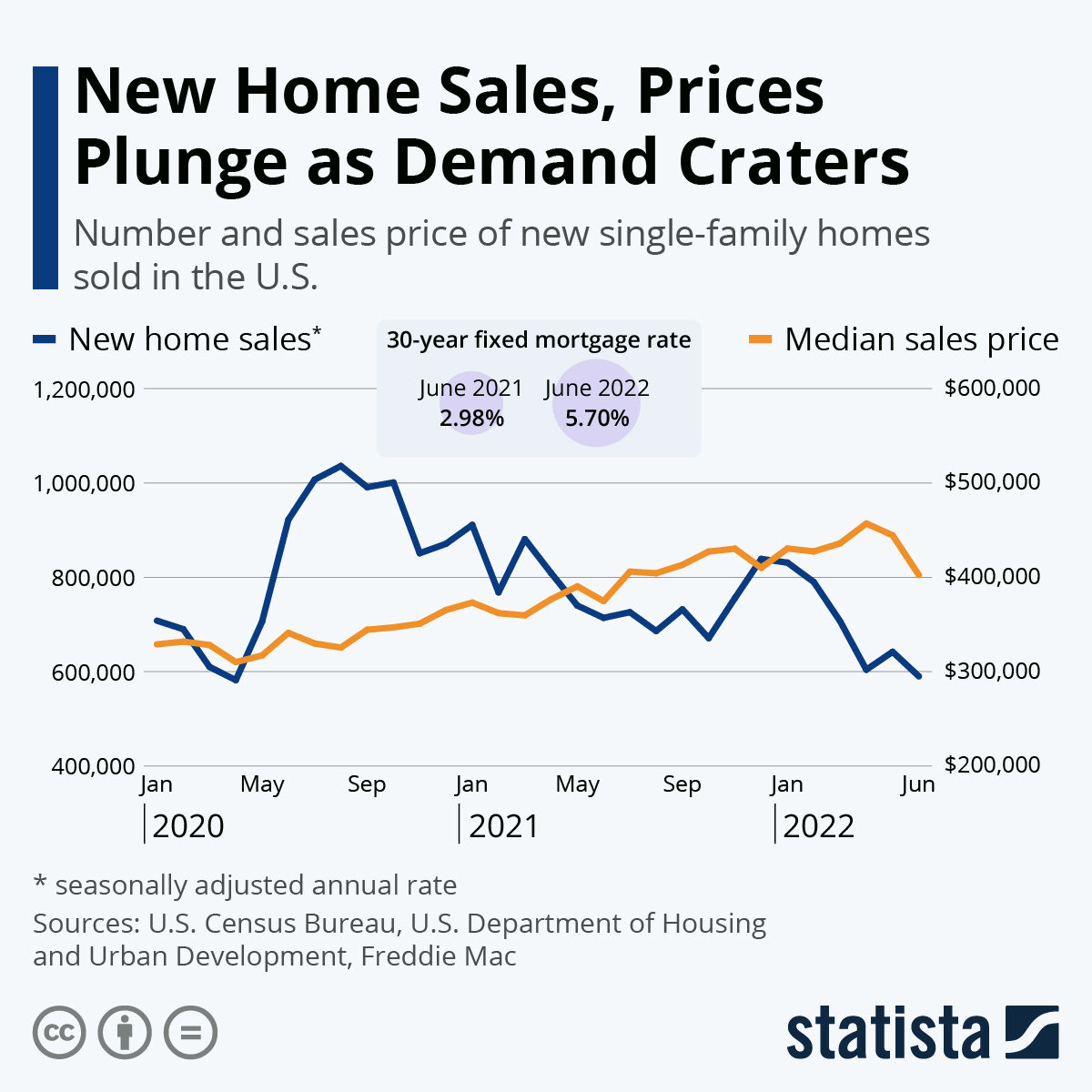 As new home sales dropped 16.6 percent in April, house prices continued their relentless upward trend. The median price of new houses sold in April climbed to an all-time high of $450,600, up 20 percent from a year ago and more than 45 percent from April 2020.

With the average sales price even higher than that at $570,300 and mortgage rates that have surged by more than two percentage points since the start of the year, many prospective buyers are effectively priced out of the market.

According to George Ratiu, Senior Economist and Manager of Economic Research at Realtor.com, today’s buyers face monthly mortgage payments that are $720 higher than a year ago, and that is on top of non-housing costs of living that have increased significantly amid the inflation surge in recent months.

These cities are where renters are getting squeezed most

Previous Story:
How confident are you you’ll have a comfortable retirement?
Next Story:
Just how many Americans identify as LGBT+?