This LGBT+ group is most likely to experience hate crimes

Transgender people in the United States are four times more likely to be the victim in a crime than cisgender people, research out of the Williams Institute at the University of California Los Angeles School of Law shows.

This staggering statistic shows the hostilities and barriers transgender people continue to face in their everyday lives. 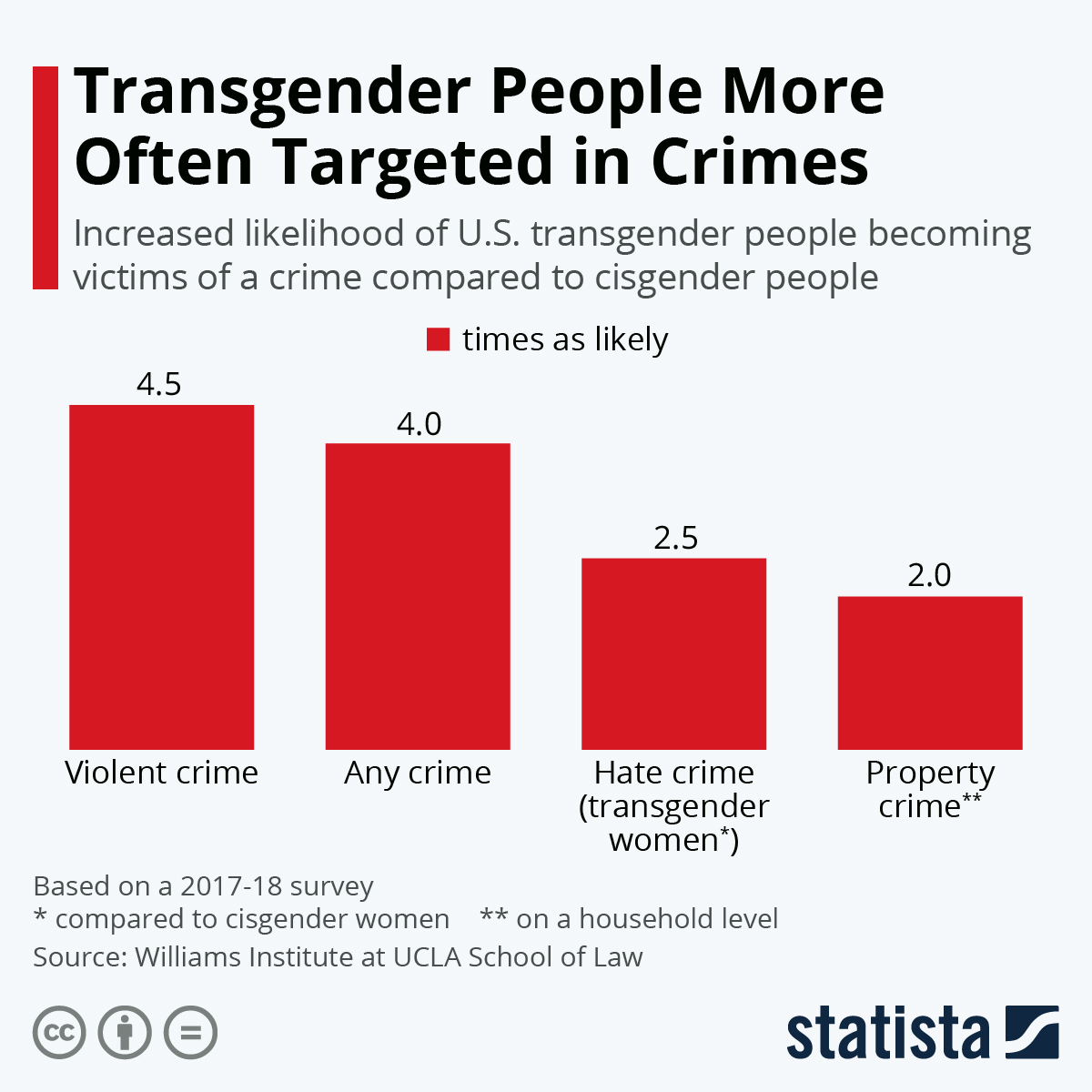 These rates show the high degree of aggression brought towards the transgender community, both because many members are still pushed outside of mainstream society (for example, working in inherently dangerous professions) as well as because transgender people are actively targeted for of their identity.

Even property crimes, for example vandalism and break-ins, were elevated in the transgender community, with members twice as likely to be a victim of it than cisgender Americans.

Previous Story:
Do you need an ’emotional escape room?’
Next Story:
Just how many Americans identify as LGBT+?