How has an asteroid been valued at $26.99 quintillion?

In the asteroid belt that lies between Mars and Jupiter, there is an almost unfathomable number of resources waiting to be utilized.

According to Wired and Valerio Pellegrini, the asteroid ‘Davida’, which has a diameter of 326 kilometers, has been identified as the most valuable asteroid in the belt, with a resource value estimated to be some 27 quintillion (26,990,000,000,000,000,000) U.S. dollars. It is a carbonaceous chondrite asteroid, and contains water, nickel, iron, cobalt, nitrogen, ammonia, and hydrogen. 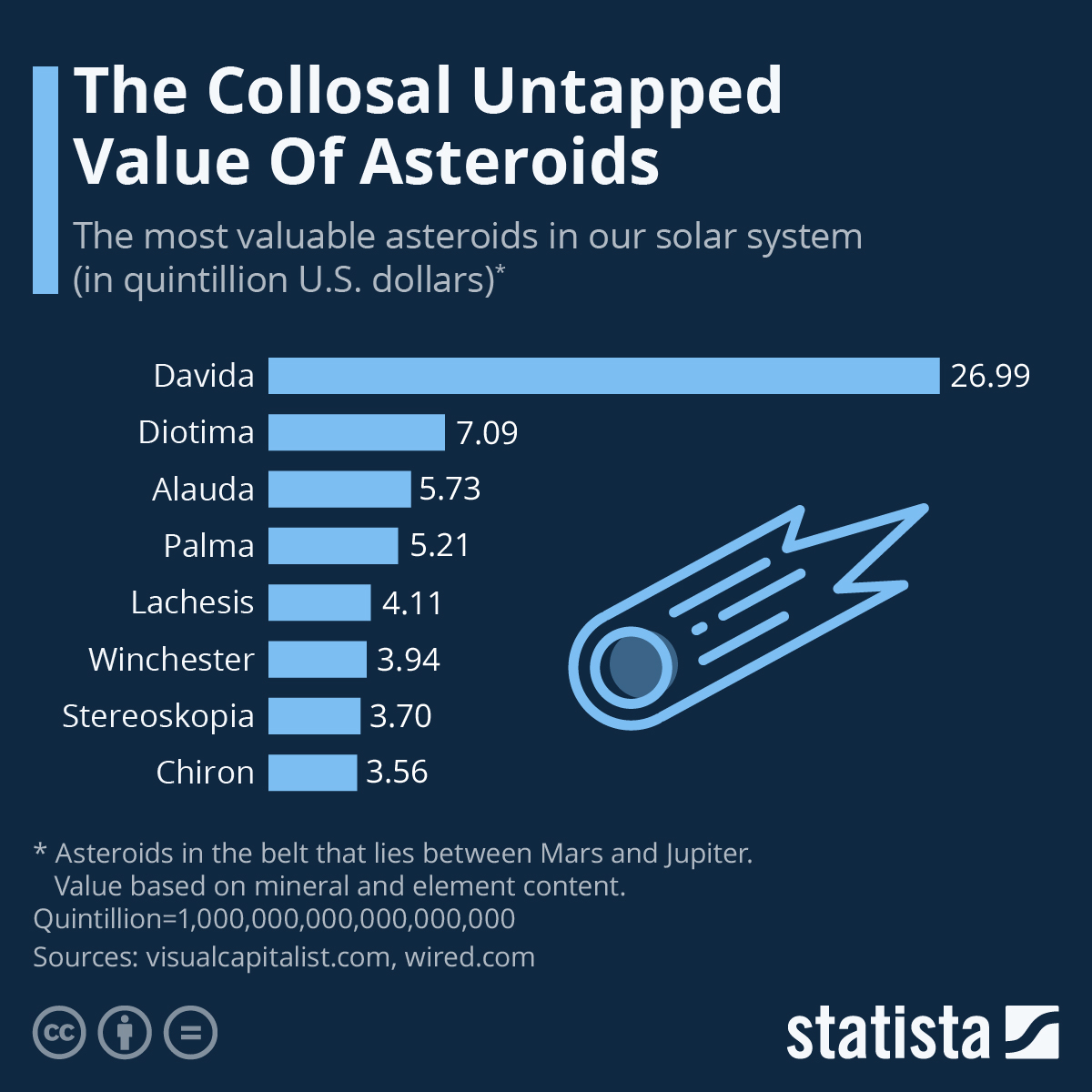 June 30 marked Asteroid Day, a UN-sanctioned global awareness campaign with the mission “to inspire, engage and educate the public about asteroids opportunities and risks.” While the risks to Earth and all life on it are clearly not to be disregarded, the potential to increase the resources at mankind’s disoosal – and reap the financial rewards from them – is immense.

As Statista’s dossier on space mining reports: “While space mining has not yet become a reality, the technology that will eventually enable to exploitation of the rich resources of the asteroids in the solar system is increasingly being developed by a variety of companies. The market value of these activities amounted to some $712 million U.S. dollars worldwide in 2017 and is forecast to increase to $3.9 billion U.S. dollars by 2025.”

35 incredible facts about our solar system

Previous Story:
The world’s most & least peaceful countries
Next Story:
11 smart habits of the ultra-wealthy