The world’s most & least peaceful countries

The 2022 edition of the Global Peace Index released by The Institute for Economics and Peace has found that global peacefulness has declined for the eleventh time in the last 14 years. It ranks peace levels using 23 qualitative and quantitative indicators across 163 independent states and territories, covering 99.7 percent of the world’s population. This time around, peace has deteriorated in 71 countries while the situation has improved in 90. 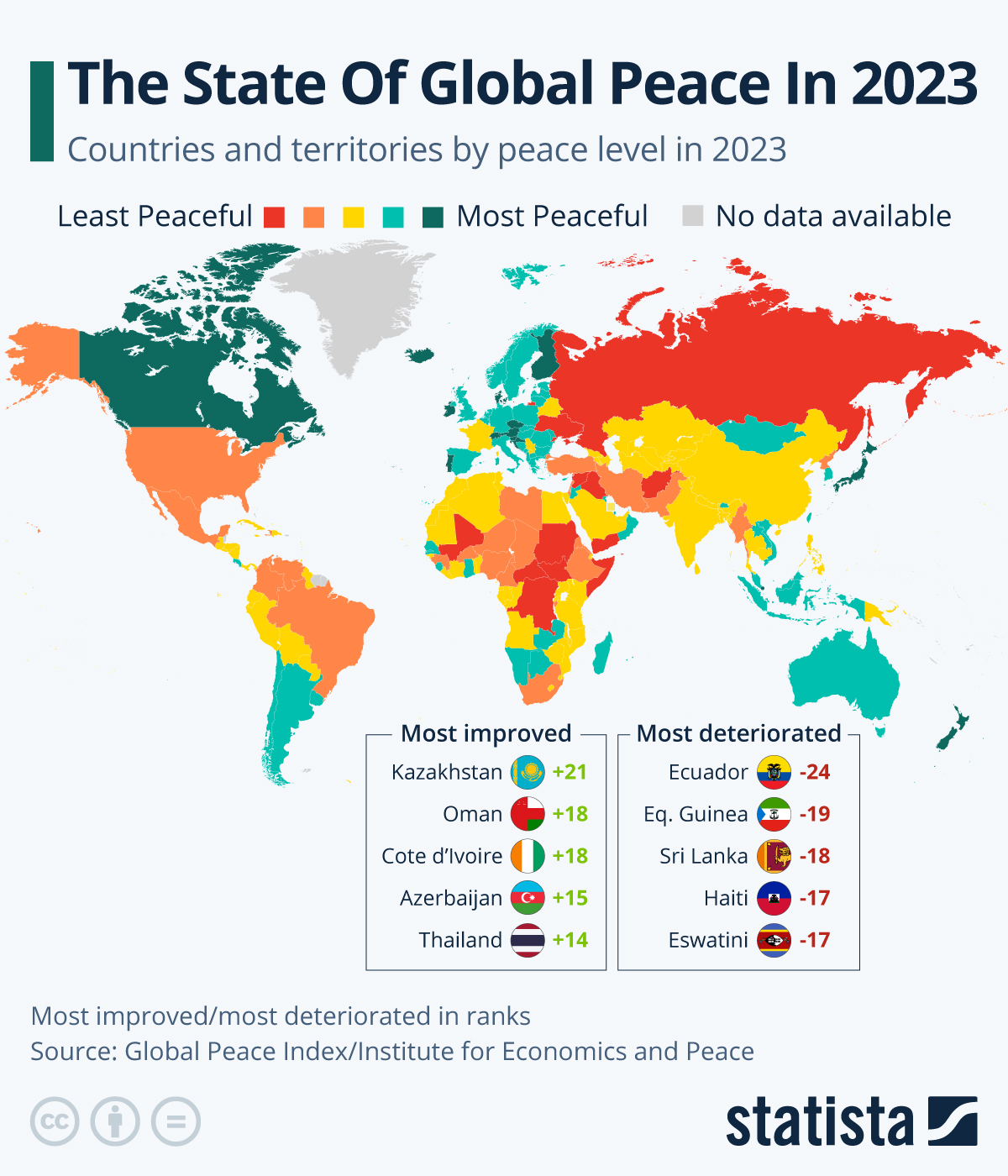 Iceland was once again the top-ranked country for peace in 2022, a position it has held since 2008. It is joined at the top of the index by New Zeland, Ireland, Denmark, Austria and Portugal. By contrast, the United States only managed to land in spot 129. Afghanistan was at the very bottom of the index, preceded by Yemen and Syria.

The current conflict in Ukraine had the country fall 17 spots into rank 153 out of 163. Other countries deteriorated more, however, as the situation in Ukraine had already been ranked poorly due to the conflict in Eastern Ukraine that preceded the Russian invasion.

The countries falling the most on the index in 2022 compared to one year earlier were Eswatini, Kazakhstan, Guinea and Kyrgyzstan.

Previous Story:
What happens to your 401(k) when you die?
Next Story:
How has an asteroid been valued at $26.99 quintillion?