How many hurricanes have hit America?

Hurricane Ian hit the West Florida coast close to Fort Myers, causing widespread destruction, flooding and power outages. Upon making landfall at offshore island Cayo Costa, Ian was classified as a category 4 hurricane on the Saffir-Simpson scale, exhibiting wind speeds of up to 150 miles per hours. A storm surge in the area reached a peak of 12 feet while a maximum of two million people were out of power in the state Sept. 28. 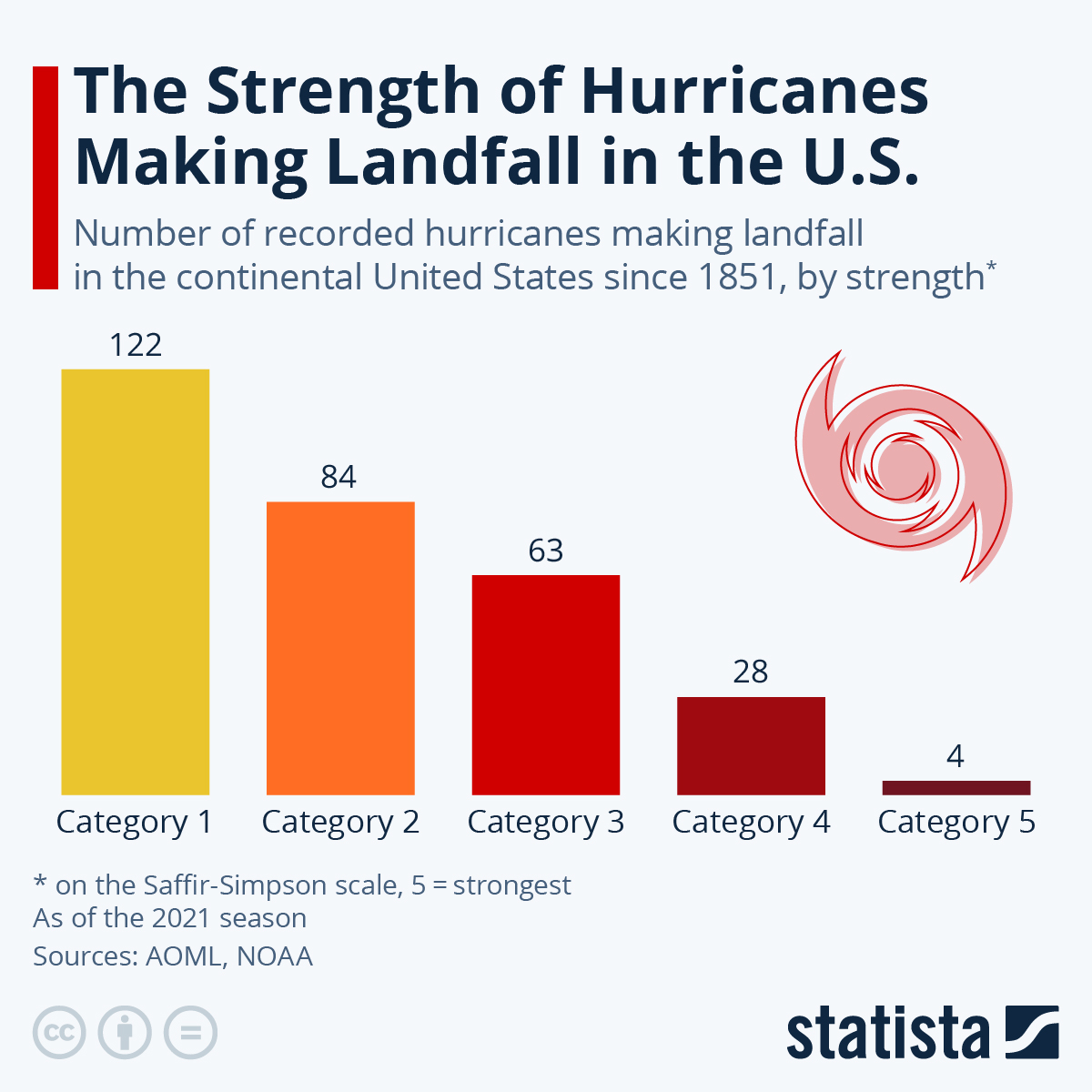 According to the Atlantic Oceanographic & Meteorological Laboratory at the National Oceanic & Atmospheric Administration, only 32 hurricanes have made landfall as a category 4 storm or higher in the continental U.S. since record began in 1851. Category 5 starts at a wind speed of 157 miles per hour, making Ian a hurricane at the upper threshold of category 4 and the fourth-strongest to ever hit Florida together with Hurricane Charly in 2004 (also 150 mph).

The three stronger storm that have hit Florida were all classified as category 5 – Hurricane Michael in 2018, Hurricane Andrew in 1992 and the destructive Labor Day hurricane of 1935, which claimed an estimated 400 lives when it slammed the Florida Keys. Considering all of the continental U.S., Ian was the fifth-strongest to ever hit, albeit in an eight-way tie, according to Fox Weather.

On Sept. 29, the storm is still making its way across the state but was downgraded to a category 1 storm Sept. 28 night and finally, a tropical storm as of 5 a.m. local time on Sept. 29.