In a recent response to the FBI’s recovering of classified documents from Donald Trump’s Mar-a-Lago residence, South Carolina senator Lindsey Graham predicted “riots in the streets” if the former president is indicted over his retention of the materials after leaving the White House. 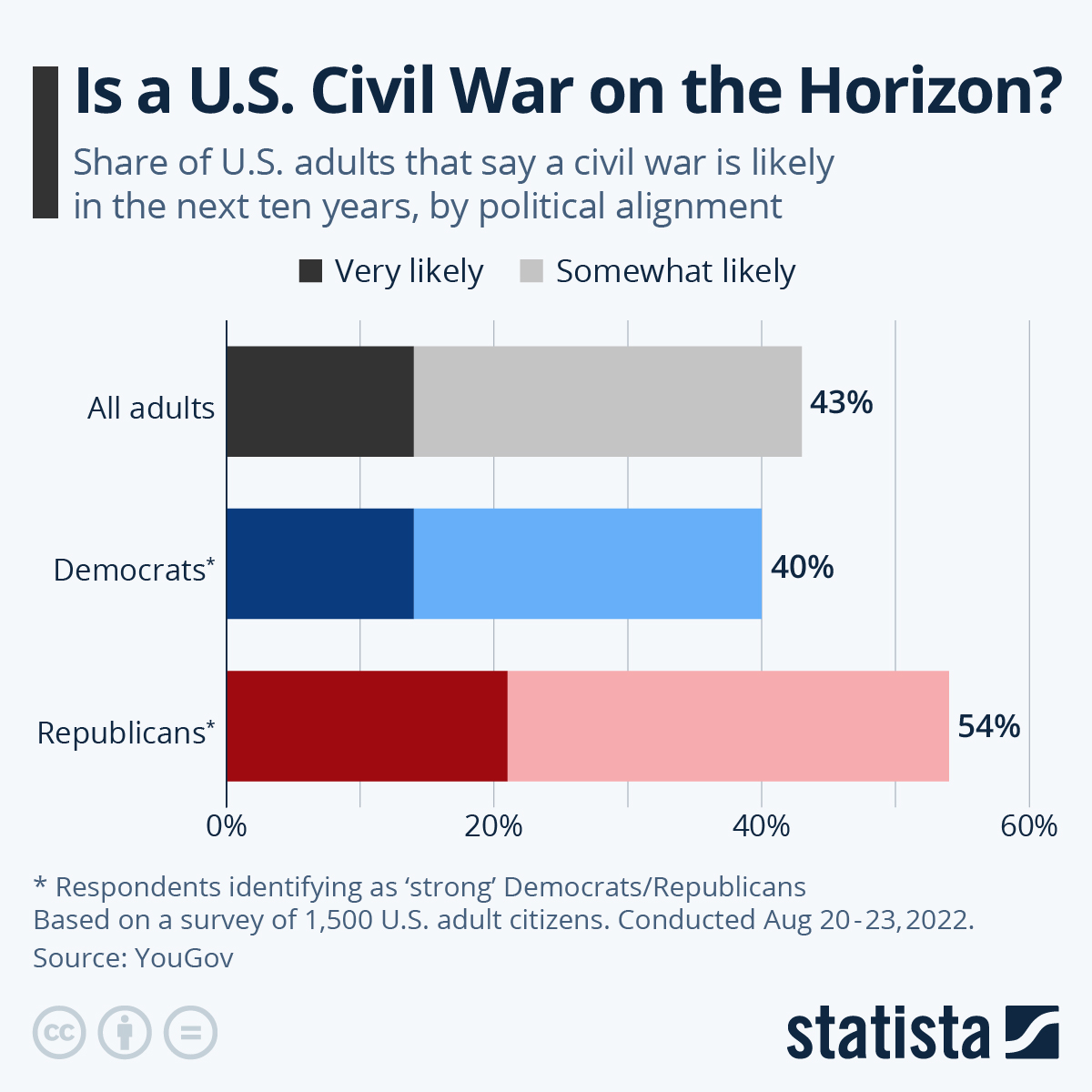 There have been rumblings of warning signs from some observers for some time that the U.S. could get dragged into a civil war if it continues on its route of growing political and social division – concerns only amplified in the wake of the January 6 storming of the Capitol.

By now, the impression that a civil war could be brewing has spread to the general public, and as a new Gallup poll indicates, to a large extent.

When looking at all adult U.S. citizens responding to the survey, 43 percent said they think that a civil war is at least somewhat likely in their country in the coming decade.

As our chart shows, those identifying as ‘strong Democrats’ were slightly more optimistic overall, but 40 percent still held this position. A majority of ‘strong Republicans’ on the other hand said they think civil war is coming – 54 percent.

Previous Story:
11 ways to spend smarter with a credit card
Next Story:
How much does it really cost to attend Auburn University in Alabama?