How to find great wines that don’t cost a lot

Why are some wines so expensive while others deliver quality for a pittance? Wine is “just” fermented grape juice elevated by a special place, a particular time and the hands and minds that shape it. But each of those elements goes a long way in determining the price of a given bottle.

The combination of that place—especially if we’re talking Burgundy, Napa or Montalcino—that time—rip-roaring vintages like 1985 or 1959 for Red Burgundy, or 1968 or 1994 for Napa Cab—and the hands and minds of the growers and makers—their farming and production practices—is where the magic occurs.  “Real estate in places like Napa and Burgundy is just insane,” says Caroline Conner, a Lyon-based WSET-certified wine expert and coach. “These are relatively small areas too.”

That, among other factors, means that Napa-sourced fermented grape juice is going to increase in price exponentially. And while finding a stellar Napa Cab or exquisite Willamette Valley Pinot Noir for $15 or less is a fool’s errand, there is an enormous world of terroir-driven, responsibly crafted wines for $15-$20 (and sometimes much less) that is sustainably produced and comparable in taste and quality to bottles that cost three-four times the price in other regions.

It’s not magic. In fact, there are some keys to finding top-notch quality-to-price-ratio (QPR) wines. We crack the code with producers—the vast majority of whom also work with sustainably, organically or biodynamically farmed grapes—below. 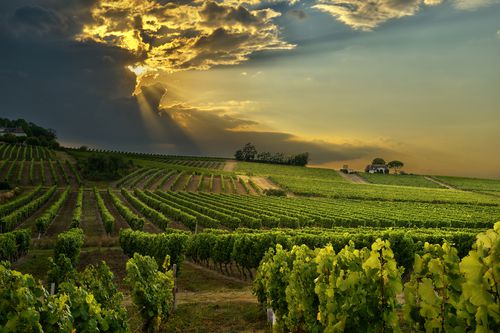 For anyone who’s ever bought a house, it will come as no surprise to learn that opening a vineyard in one region is going to be a bargain when compared with another.

In some parts of Napa, shelling out $500,000 per acre for a vineyard is considered normal, whereas super premium vineyards in Mendoza go for about one-tenth that. That intense financial outlay in Napa, of course, gets passed onto the consumer. But the opposite is true in Argentina, where the terroir creates an environment where Cabernet Sauvignon and Chardonnay thrive, just as they do in Napa, explains Sergio Casé, winemaker at Trapiche in Mendoza, which produces a range of biodynamically farmed, oak-aged Cabernet Sauvignon, Malbec, plus whites like Chardonnay, often available for $12 or less a bottle.

And while Argentinian imports sell for songs on the U.S. market, the dry and continental climate there, along with high-altitude valleys not only make light to full-bodied reds, dry to aromatic whites and rosés that can go head-to-head with Napa wines, but the “naturally natural” weather means there’s no need for the pesticides and other interventions that can often be found in much more expensive wines from California. 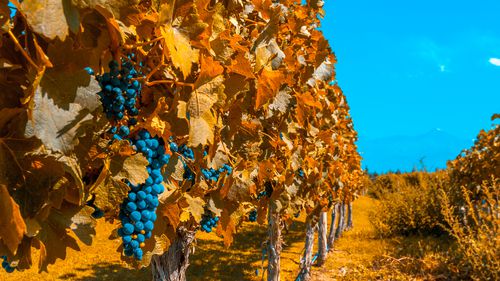 Another route to a less expensive bottle is reducing a grower’s reliance on human labor and having vast estates that allow for the cultivation of entry level in addition to more refined and expensive wines.

While every winery that does still use people to hand-pick grapes will tell you so on the label and every other chance they get, using machines to pick and do other vineyard chores significantly reduces overhead, and thanks to advancements in technology, does not necessarily impact grape quality.

At Domaine Cazes in Rivesaltes, France, where they produce 180,000 cases or organic and biodynamic wines from close to 900 acres of grapes under vine at four estate vineyards, general manager Lionel Lavail says they can keep much of their production low-priced by “reducing labor costs and making a good and efficient use of mechanization for soil and vine treatment.” A diverse range is also key: while some of their bottles sell for $100, some of their most popular wines retail for about $15, making the brand accessible for price sensitive buyers.

At Sicily’s Donnafugata, which produces 2.8 million bottles and has 1,013 acres at four estates under vine, a similar model is at play. “We cultivate vineyards in very different contexts, aiming at the best combination of terroir and grape varieties,” CEO José Rallo says. “We offer a very wide range of products from easy everyday drinking to wines for special occasions. Prices will vary depending on for example longer refining processes or higher costs of vineyard management.” 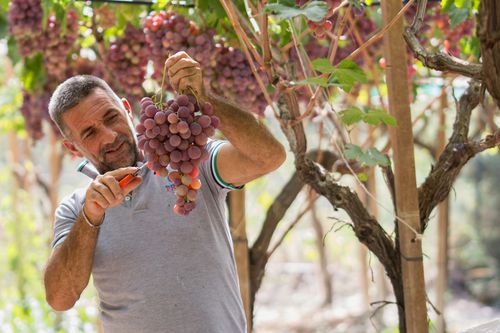 While making wine from estate-grown grapes is often considered the best and only way to completely control the grapes from point A to B, don’t knock co-ops if you’re on the hunt for QPR, Conner advises.  “It’s important to remember how much damn work goes into growing grapes, making wine and then selling it,” she says. “I don’t judge anyone who chooses to consolidate their resources or only participate in one part of the chain. Ultimately, it can create better wine.”

At Grupo San Valero in Zaragoza, Spain, U.S. area manager Diego Pinedo Pardo says the co-op is the only way they can afford to “produce wines of great quality and price. It helps us increase the value of the product, and also pay the grower better.”

All told, they have more than about 10,000 acres of vineyards, almost 800 of which are organic, cultivated by 500+ growers. By working with so many growers are small lots, the Grupo San Valero has been able to incentivize them to farm sustainably. When they eschew chemicals, they are given a higher price at harvest, thereby slowly, but surely over the past decade, increasing the quality and sustainability of their wines without significantly impacting either the grower or the co-op’s bottom line, Pardo explains. In the end, the consumer wins too: vast majority of the wine costs well under $10 a bottle.

At Painted Wolf Wines in South Africa, which produces 20,000 cases annually, owner and winemaker Jeremy Borg also keeps prices down to $12-$35 a bottle by working with a half-dozen organic and sustainably minded growers in different regions. “We also streamline costs by having a long-standing relationship with one of the largest family-owned wine businesses in South Africa,” he says. “We have shared equipment and staff. Our goal is to keep our wines affordable, rather than low-priced. It’s a nuance but a very important one. We are conservationist winemakers who hope to reach a broad audience with limited resources, which we do by working in partnership with growers and cellars. We have simple equipment and keep a tight control over marketing budgets, and exchange resources with our talented friends.”

Studies show that on average, wineries spend about 11%-13% of their sales budget on marketing, and while Borg didn’t reveal figures, he said theirs was much lower than average.

At Las Moradas de San Martin in the San Martin de Valdeiglesias area of Spain, with 52 acres of vines up to 110 years old and a production volume of 6,500 cases annually, their goal was to create affordable ($15-$45), sustainably, often biodynamically produced wines. “We want to offer QPR, and we focus on that instead of just low prices,” says winemaker Isabel Galindo. “We think it is important to be able to offer ‘democratic wines’ that can be enjoyed by a wide spectrum of consumers without the need to spend a lot of money.”

They do that, Galindo explains, but keeping their “winery facilities simple, traditional and practical. We have only four people working at the winery year-round taking care of pruning and harvesting.”

There’s always that one brave soul in the tribe who’s ready to try that weird new brown fungus sprouting up in the field, and without them, our lives would be bereft of mushrooms. But for the vast majority of us, we gravitate toward the safe and familiar.

“It takes 30 years for a new region to develop, so the lesser-known ones have been working their booties off for a whole generation now,” Conner says. “Some of the best value is in places that are still trying to prove themselves.”

For wineries like Tenuta L’Impostino in Montecucco, Italy, they walk the line between the foreign and familiar, and once they establish a base of fans in a new market, they can leverage that love into the next price bracket. “Montecucco is a relatively young appellation, just being born in 1998,” says Tenuta L’Impostino’s owner Patrizia Chiari. All of their wines are estate grown, and produced without cutting corners. “We are investing in the market to make ourselves known and create a brand.”

By introducing their wines to the market at a lower price and slowly gaining brand awareness while sharing their passion for sustainability and the environment, they’ve been able to offer bottles at between $15-$55, and slowly raise prices in the U.S.

“We are convinced that first you need to demonstrate what you can do, and then be able to ask” for more from consumers, Chiari explains. “Our goal in the near future is to increase the perceived value of the entire denomination.”

South Africa as a whole is still not front of mind in the U.S., but producers are using the increasing interest in organic viticulture as the key that will open up their palates (and eventually wallets). “We know that maintaining an excellent quality-price ratio is key to our ability to attract new customers,” says Kristopher Tillery, winemaker and partner of Canopy Wine Selections, and an importer of South Africa’s Noble Hill. “Noble Hill is estate-grown and certified organic in conversion,” Tillery says. “Our bottles range from $17-$30 so we know we’re not anyone’s lowest cost option. But we think that delivery classically made, sustainably grown, natural style wines at an inviting price draws people in.”

Yes, you can do a wine tasting with Amazon Echo. Here’s how

Previous Story:
Landing at these airports will blow your mind
Next Story:
Why are fake accounts causing Elon Musk to question Twitter’s business model?

About the Author / Kathleen Wilcox