How to grill the perfect steak 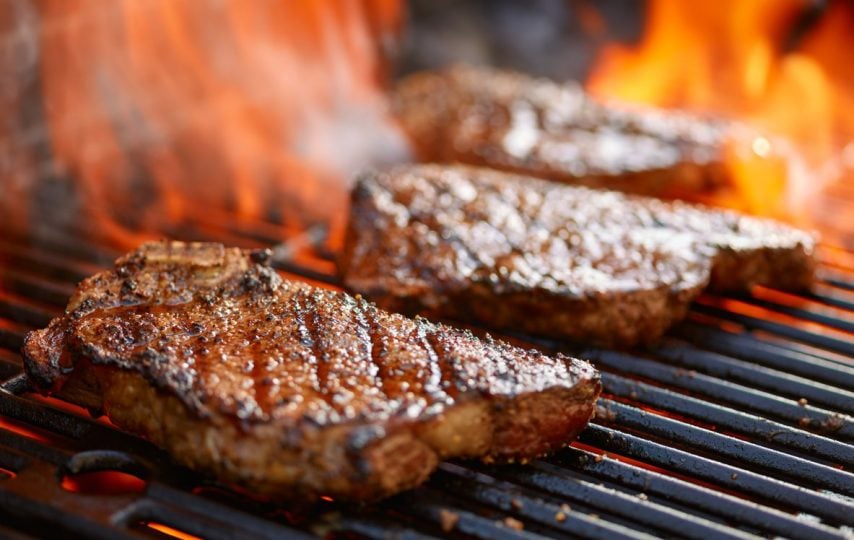 When it comes to cooking a steak, there are a lot of decisions to make. There are all the different cuts: ribeye, New York strip, porterhouse, flank, and so on. Then there are all the different temperatures: rare, medium rare, medium, medium well and well done. Then, perhaps most importantly, how do you cook it? In a cast iron skillet on the stove? Broil it in the oven? Or outside, on the grill. I like that last option the best, so in this article, we’re going to look at the best way to grill a steak on the grill, step-by-step. Let’s get started. 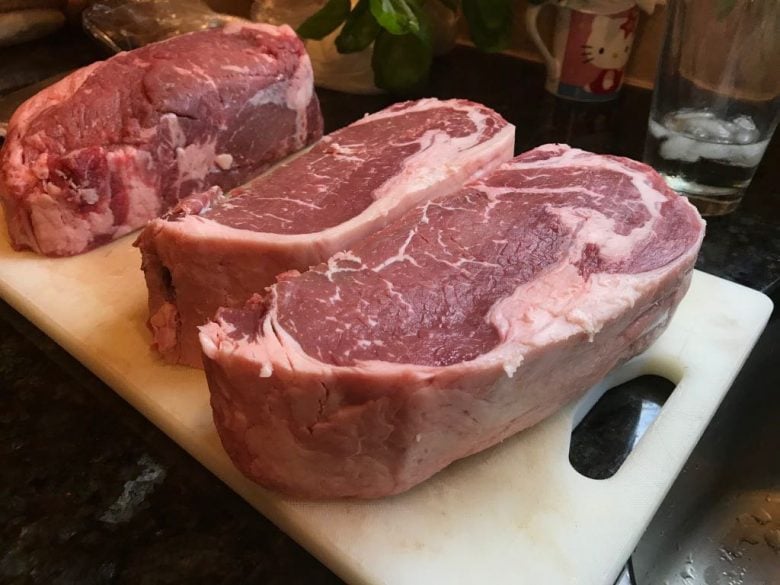 As I mentioned earlier, there are plenty of cuts to choose from when it comes to grilling steak. For the purpose of this article, let’s assume we’re grilling either a New York strip or a ribeye – the thicker the better, but this technique will work for any thickness. These cuts have a nice amount of fat and will be very flavorful, but this general approach to grilling steak will work well for all types of grilling cuts. (Looking for some ideas for how to save money on meat? Read this.) 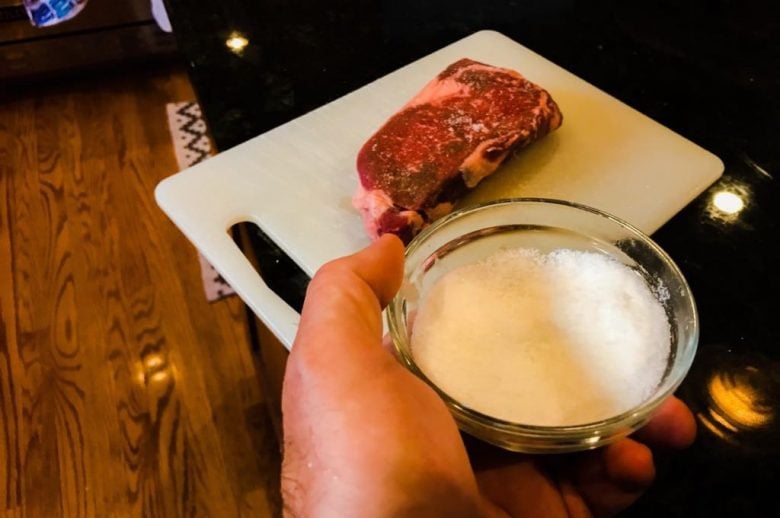 My approach to seasoning steak isn’t particularly complicated. First, make sure the steak is fully thawed. Next blot it with a paper towel to ensure any juices from the packaging are gone. Next, rub a little bit of extra virgin olive oil in on both sides – just a teaspoon or so per side. Finally, sprinkle some salt on. I generally use a sizable pinch per side but it’s really up to you. Remember, you can always add salt later.

Setting up the grill 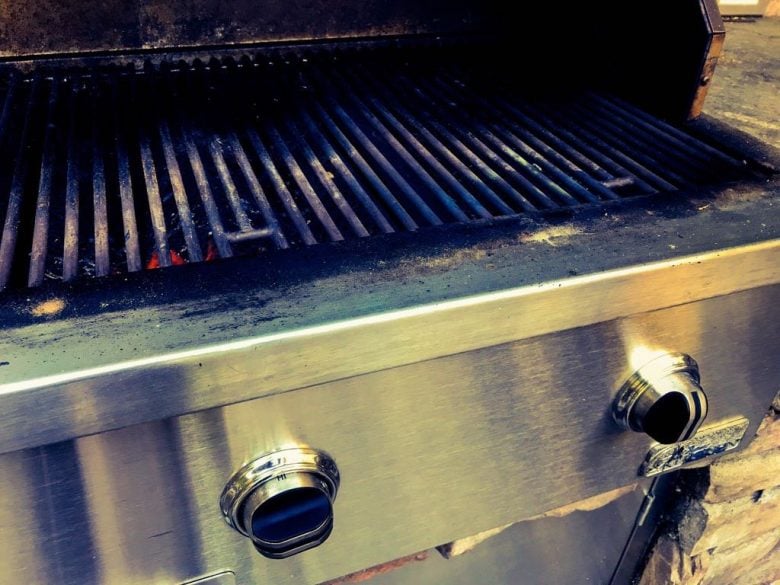 Whether you’re using a charcoal or gas grill, it’s important that you set your grill up in such a way that only half of the grill’s surface has fire directly under it. If you’re using a gas grill, that means you should only use half of your burners. If you’re using coals, make sure the coals are only on one side. The reason for this is so that you can have an area for direct heat and a separate area for indirect heat. Get the grill nice and hot… as hot as possible really. Don’t forget to clean the grill… it’s usually easier to do when the grill is super hot. 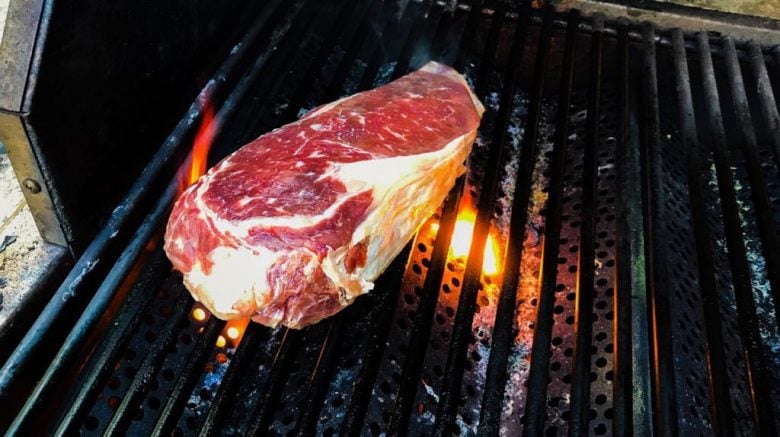 Once the grill is as hot as possible, it’s time to put the steak on the hottest part of the grill. The fire may flare up and that’s OK. Leave the steak on for a minute or two without closing the lid and then flip it. If you’re worried that it’s burning, flip it sooner. If the steak is sticking to the grill, give it another 15 seconds or wiggle the steak a little and it will free up.

Don’t be afraid to flip 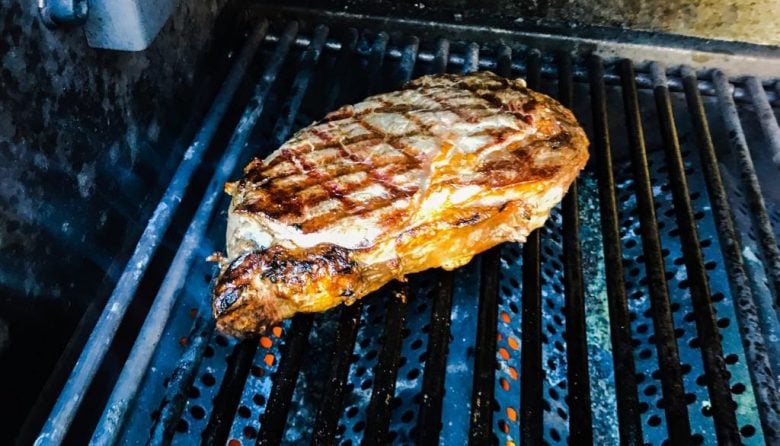 Some people say that you really only want to flip the steak once. I’m not one of those people. When you’re trying to achieve the perfect char, flipping is usually what keeps people from burning the steak. The key here is that you want to keep flipping the steak until it looks perfect. It doesn’t necessarily have to have perfect grill marks (though you will get extra points for style), but it should have a nice char – a rich brown color, though not burned. And do consider using tongs or a spatula for moving your steak. No, poking it a few times won’t cause it to lose juices and dry out, but it can be harder to gauge if any of the meat is sticking to the grill when you try to lift it with a fork. Once the steak looks just right on both sides, move it from the portion of the grill with the fire directly underneath to the portion with no fire. 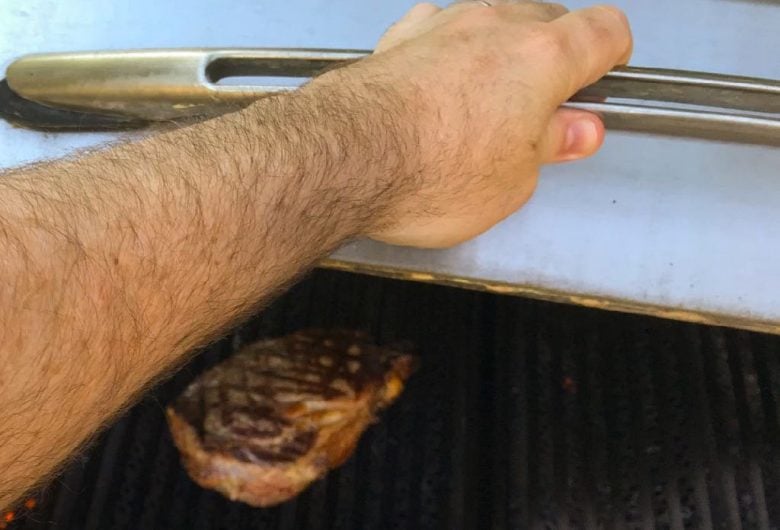 Once the steak is away from the fire, on the opposite side to the grill, you’ll close the grill cover. Now, you’re essentially roasting the meat. Now, if your steak is already cooked to your liking, you may not need to cook it further with indirect heat. But if it looks great, but isn’t quite done yet, then you’ll want to cook it under indirect heat to make sure you don’t burn the steak. The amount of time it will take to finish cooking the steak will depend on a few things:

1. The thickness of the steak: the thicker the steak, the longer it will take to cook.

3: The temperature of the grill: the hotter the grill, the faster it will cook. Try to keep the heat around 300 degrees.

My suggestion is that you check the steak every 2-4 minutes or so and if its not done, close the lid back up again. As you check, you can flip the steaks again. Now here’s the big question: how do you effectively check the steak without ruining it?

How to tell if its done 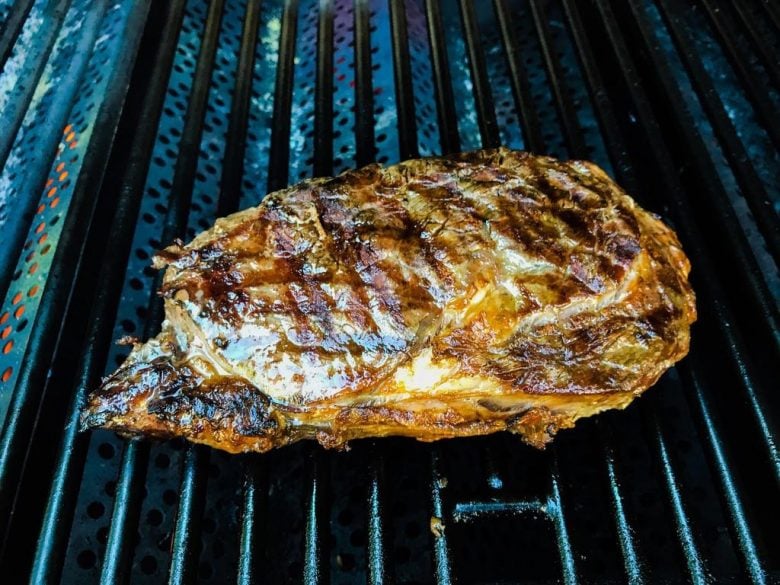 Despite the common misconception, meat doesn’t seal from a good char, so there’s nothing necessarily wrong with cutting into a steak to see if its done – the juices won’t run out causing your steak to dry out – but it’s pretty ineffective. Figuring out if a steak is done based on how it feels is much more precise. And it really isn’t so hard as long as you know what you’re feeling for. There’s a trick I once learned in a now closed New York City restaurant – the key to figuring out the internal temperature of your steak is in the palm of your hand.

With one hand, touch your index finger to your thumb. Now, with your other hand touch the fleshy part of your palm beneath your thumb. That is what rare steak is supposed to feel like. 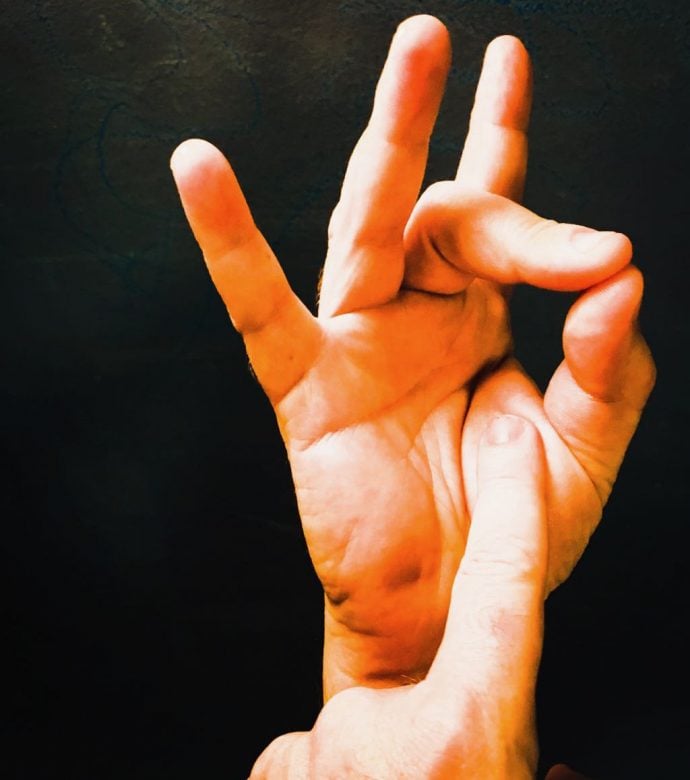 Next, touch your middle finger to your thumb. You’ll feel how that fleshy part of your palm beneath your thumb firms up a little. That’s what medium rare feels like. 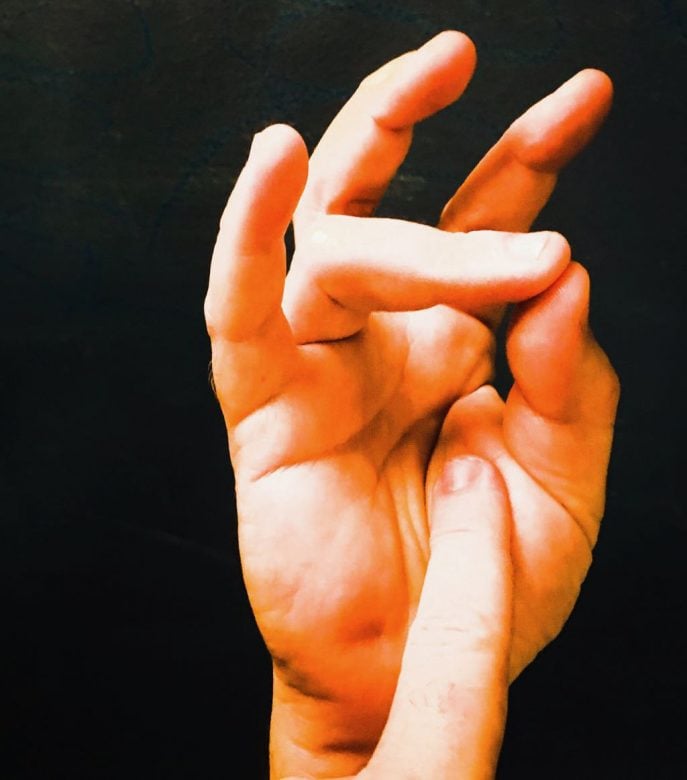 Touch your ring finger to your thumb next and the fleshy part of your palm below your thumb will firm up some more. That’s what medium is supposed to feel like. 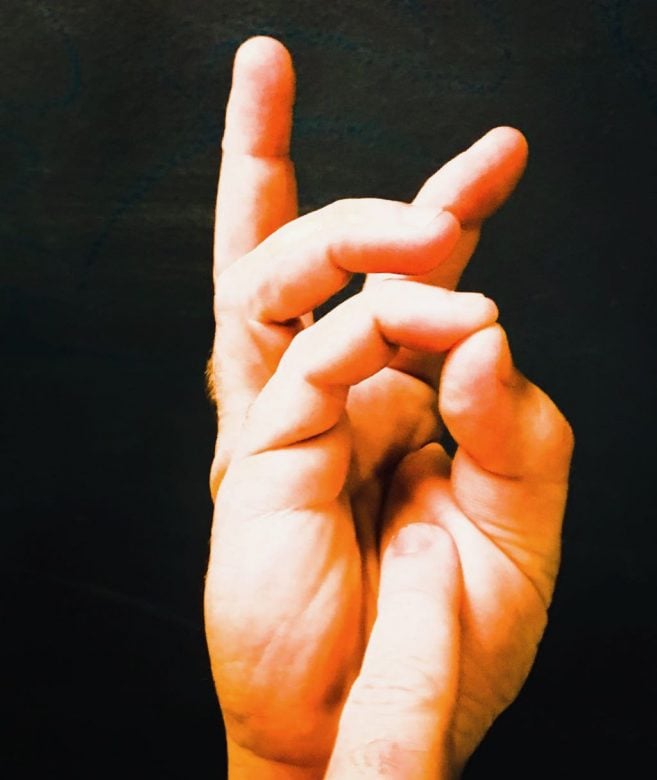 Last but not least, touch your pinky to your thumb. The fleshy part of your palm beneath your thumb will get firmer still. That’s what well done feels like.

As you open up the grill to check the steak, touch both sides. When both sides feel just right, based on the palm check, take the steak off the grill. 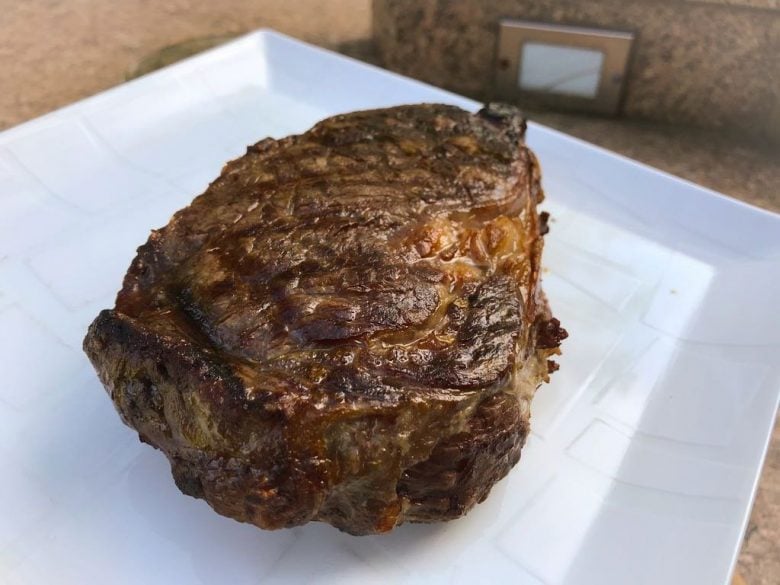 Once you’ve removed the steak from the grill, DON’T cut right into it. If you do, all the juices will run out and the steak will be tough. Let the steak sit for about 10 minutes. 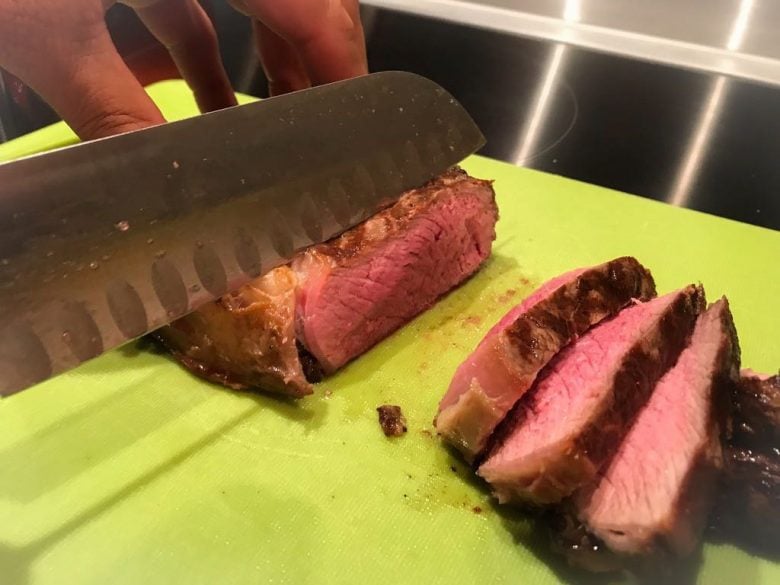 Now you’re ready to eat. Slice it up and dig in!

Looking for some more grilling ideas? Here are 9 foods you’d never think to grill (that are actually delicious).

This story was syndicated by MediaFeed.org. 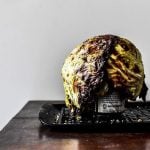 Previous Story:
Beer-can cabbage: The summer grilling trend you need to try
Next Story:
These are the 12 coolest cars of 1976