How to have hard money conversations 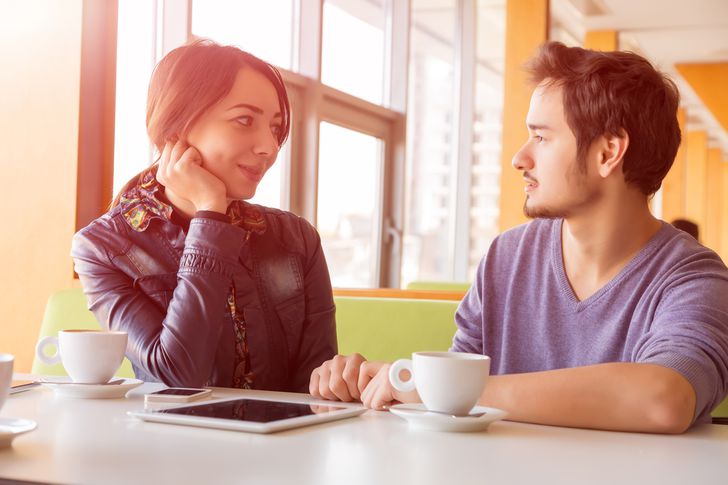 When it comes to money, 61% of women would rather talk about their own death, according to a report by Merrill Lynch and Age Wave. Meanwhile, 43% of people in a Fidelity study failed to correctly identify how much their partner makes.

If money is something we all deal with, why is it so hard to discuss? “It’s a really delicate issue because we all have different needs and priorities when it comes to finances, and what one person may value to save and protect might not be the same with someone else,” said Lizzie Post, great-great-granddaughter of etiquette guru Emily Post and co-president of The Emily Post Institute. “Plus, even if we’re comfortable sharing, we’re aware that other people might not be.”

Of course, not talking about money isn’t really a viable option, especially when it comes to the important people in our lives, and having those hard money conversations can actually lead to a better understanding of how to manage financial issues with other people. No matter who you’re talking with, Tammy Butts, regional executive vice president and branch manager for AXA Advisors, suggested following three rules:

Besides following those three rules, understanding the etiquette and psychology behind money conversations with different types of people in your life will help you ace those particular talks the next time you need to have them.

How to talk about money with your partner

Why it can be difficult: When it comes to your partner, you could be discussing pivotal issues that greatly impact you both, like how to handle debt, how you’ll split shared financial responsibilities and whether or not you’ll be combining your finances. “When we think about equality in relationships, this is one of those places where people can feel a big divide depending on how they’re willing to contribute and see their differences,” Post said.

From an etiquette perspective: As far as etiquette goes, Post suggested coming at any conversation with your partner from a place of understanding. “Take a minute to say, ‘I know this person, but I may not know how they feel about financial matters,’” she said. “That often puts you in a place of being willing to ask questions, rather than just make statements.”

Post suggested asking your partner when a good time would be to discuss a certain financial topic, rather than demand it happen in the moment. For instance, asking if they’d be willing to sit down and have a conversation about managing joint expenses, rather than declaring that it’s time to open a joint checking account. It’s important to also ask your partner to be willing to talk about what their ideas might be and what their expectations are: “You’re trying to create a space where you’ll gather all the information about each other, rather than just come up with a solution right off the bat.” As Post noted, it should be about creating a safe space to first put forth ideas, even if you don’t come up with a solution right away.

From a financial perspective: According to Nathan Astle, student board member of the Financial Therapy Association, it’s important to remember that because money is driven by so much emotion, you should go into the conversation with a certain amount of preparation for emotional responses, for both you and your partner. Remember to speak for yourself with phrases like, “I feel,” instead of “you are,” validate their point of view (even when you disagree) and take a break if the discussion gets too heated (with the expectation that you’ll come back to the topic once you’ve cooled down). Keep the end goal that you’ll talk about what you want to get from the relationship and how you believe money can help you get there, he added.

Using a budgeting app can also help keep everything in one place so conversations are easier moving forward — here are 11 good ones that are totally free.

How to talk about money with your kids

Why it can be difficult: The types of conversations you have with your children will depend on their age, but talking about subjects like saving, credit and debt can make a big impact in your kids’ lives. In fact, while two-thirds of Americans say their family or parents influenced their saving and spending habits, only 56% of American parents said they have actually talked with their kids about money, according to a Chase survey.

From an etiquette perspective: As with your partner, Post advised to always invite your child to have a financial conversation before actually having it. Say something like, “I’d like to talk with you about your allowance, and your mom and I have some ideas and wanted to talk with you about what we’re thinking.” Depending on your plan of action, you can also let your kid know if you’re open to suggestions (as in, “Mom and I have some ideas about your allowance and wanted to get your opinion”).

From a financial perspective: Remember to always keep your kid’s maturity level in mind before bringing up emotional financial topics. “When children are involved in adult financial matters too soon, serious problems can occur,” said Sarah Swantner, a certified financial planner and financial therapist in Rapid City, South Dakota. Instead, “have age-appropriate conversations around money and involve kids in money activities that are rooted in real life, like saving for a much-wanted toy or doing chores to earn money,” said Swantner. “But keep them out of the family financial stress.”

Butts also reminded parents that talking to their kids about money shouldn’t end as they age. “Talk to them about saving when they’re in grade school and college and as young adults, as well,” she said. “I see my clients with their kids, and I have the same discussions with my own adult children about credit. It’s so important we keep educating these young people.”

How to talk about money with your parents

Why it can be difficult: At a certain point, the parent-kid conversation flips and it becomes the adult child’s responsibility to potentially talk about some uncomfortable money topics with their parents — these could include anything from legacy planning, taking over finances or overspending in retirement. It can be especially difficult if there is a history with your parents of not talking about money, Swantner said.

From an etiquette perspective: Much like the conversations before, Post suggested that any financial conversation with your parents should start with a request. “Ask permission to have the conversation, and when you get it, ask to what degree they are comfortable talking about it with you — let them know you don’t want to overstep your bounds,” she said. Always thank your parents for sharing whatever they’re willing to, and ask if you can revisit the topic again in the future to touch base and make sure things are staying the same, or to address them if they’ve changed.

From a financial perspective: The sooner you can start talking about some of these important topics and getting the infrastructure in place, the better. Still, Butts admitted that this is the topic where she tends to see the most difficulty and friction. “You don’t want any surprises, and the more you can make some of these decisions in advance so you don’t have any, you can hopefully have more harmonious outcomes,” she said. “This is where getting an advisor as a neutral third party can help facilitate those conversations.”

Without the help of a third party, however, Swantner suggested sticking to the facts. “Avoid judgments and evaluations,” she said. “Focus your conversation on yourself and not the other person, making your concerns and requests for information clear. If your parents realize they will be helping you by sharing the information, they may be more likely to open up.”

How to talk about money with your friends

Why it can be difficult: Talking to people our own age about money can bring up feelings of inadequacy if the scales seem tilted in one direction. In fact, 44% of people in a Bank of America survey

said that money was a major cause of stress in a friendship.

From an etiquette perspective: You can make your life a whole lot easier by being direct with your friends about certain financial situations. “I find there are less assumptions made about me if I open up just a little bit about whether budget is or isn’t a concern,” said Post. She suggested trying something like: “Johnny, I would so love to celebrate your birthday. Financially, I’m trying to stick to my budget, but I would love to have you over for a cup of coffee for some one-on-one time.”

From a financial perspective: Keep in mind that taking some initiative can prevent most difficult money conversations with friends from happening in the first place. “Before everyone starts ordering, make sure that you are okay just splitting the bill so everyone pays for what they bought,” Astle said. There are plenty of apps available to help make splitting the bill less painful. If lending money is the issue at hand, Astle noted it’s always best to treat those situations as you would any other legal transaction. “That takes some of the hard emotional stuff out of the conversation since it keeps you, your money and the relationship safe.”

How to talk about money with your roommates

Why it can be difficult: Chatting with roommates about financial topics can be tricky, since the areas you’ll likely be covering — rent and other shared financial responsibilities — impact all parties on a daily basis. Plus, living with someone you’ve had an uncomfortable money conversation with can be downright unbearable.

From an etiquette perspective: Talking early and often is key to keeping problems at bay, but if a problem does arise — like someone missing rent, for example — it’s best to address the issue from a standpoint of “how are we going to solve this,” rather than from a place of anger, said Post. Again, you’ll want to ask for permission before having any conversation, and setting up a roommate talk on a monthly basis can help assure everyone stays on the same page.

From a financial perspective: If you have several roommates, Astle suggested treating any conversation like a family situation where everyone has equal say and everyone spends time trying to understand each individual. “It works wonders when people feel understood,” he said. Butts also recommended communicating up front that any money conversations between roommates should be about business versus personal. “If you can start by saying, ‘Let’s make this a business transaction,’ now it’s nobody pointing fingers — instead it’s about here’s what’s needed, here’s what everybody shares and here’s when it’s due.” Butts also suggested setting consequences ahead of time so there are no surprises, and potentially even putting it in writing and having everybody sign. “That way, if someone violates it, they knew, and now you aren’t just picking on them,” she said.

Whether you love ‘em or hate ‘em, at the end of the day, certain financial conversations become inevitable. Taking some time to understand the best approach in each scenario will help everyone come out of a money talk unscathed, and with the relationship still in tact. 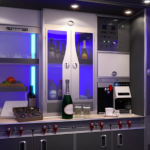 Previous Story:
This airline has a self-serve beer bar for passengers 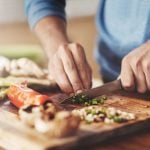 Next Story:
How to become a star at-home cook

About the Author / Cheryl Lock