How to prepare for retirement in the age of global warming 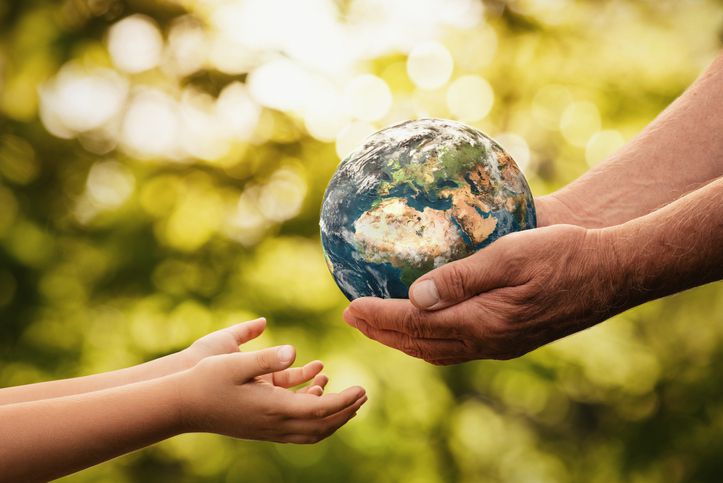 Climate change presents all of us with an existential crisis. In a world of rising oceans, increasing temperatures and myriad other predicted global shifts, how do you map out a retirement plan that makes sense? Where you choose to live, how much you’ve saved and whether you’ll be able to receive adequate health care all take on new and unknown dimensions. Fortunately, many people are hard at work on practical answers to these questions, meaning it’s possible for us all to begin considering how we can secure the best possible scenario for our senior years.

Where to live: How to choose a retirement location

The first question, of course, is where to live. Christian Weller, a professor of public policy and public affairs at the University of Massachusetts in Boston, said cities are the best option for retirement in a changing climate because of their access to the goods and services people need, especially medical care. Older people tend to have more health issues, so, not unlike today, being close to a doctor or hospital—even if circumstances have impacted your expected mode of transportation—is crucial.

Choosing which city may be best, however, is more difficult. Where does one want to be living when temperatures rise? The consensus is that most elderly people especially will need to avoid extreme heat, rising coastal waters, and issues like wildfires, hurricanes, and drought. Some of the U.S. cities with optimal locations for climate change include  Boise, Idaho, and San Francisco which, though coastal, is at a high enough elevation to be safe. It also provides for cooler temperatures than many other cities at the same latitude. Other cities that many retirees have previously avoided for their prodigious snowfalls and plummeting temperatures, like Duluth, Minnesota, and Buffalo, New York, and Detroit, could wind up being havens for climate refugees when the temperatures rise.

How prepared cities are for the impacts of climate change is equally as important as where those cities are located. Some urban areas have prepared little or not at all for climate change while others are building resilience against expected changes into the city’s plan. Chicago, for example, has built a 90,000-square-foot indoor “vertical farm” that requires a fraction of the water and energy of traditional farms. Portland, Oregon, and New York City are also among those cities that have embarked on action plans. New York’s plan to shift to 100 percent renewable energy by 2040 has been called the most progressive plan in the U.S.

You can learn more about which cities are preparing for the changes global warming will bring in this index of urban preparedness created by Notre Dame University. It can help you ascertain whether the city you live in (or plan to retire in) is preparing for a very different future.

Where to live: Ensuring your home is adequate

With more people wanting to “age in place,” the readiness of the home becomes central.

“I can get on soapbox about housing for days,” Weller said. He specializes in looking at public policy with an eye to aging issues. “People often have emotional attachments to their house that overshadows clear thinking,” he said. For example, a house on a golf course that is 10 miles from the nearest doctor may seem like a great idea today, but it won’t if, for some reason, you can’t get transportation when you need it.

Also, he said, people may be attached to older homes that won’t be adequately equipped for climate change. In Boston, for example, many people don’t have air conditioning, or they only have window units. Though this suits Boston’s normal climate, when the temperatures rise, an older person may not be able to survive without central air conditioning.

“Your house is a major asset that needs to generate income in the sense that you need to be able to live there, rent free, without massive costs coming out of nowhere,” Weller said. That’s why it’s important for homeowners to build into their financial plans the cost of readying their homes for expected climate change impacts in their region. That may include installing a sump pump in the basement to deal with flooding; adding insulation or central air conditioning or a heat pump to also deal with extreme cold; adding solar or other alternative energy sources to keep the power on if there are grid outages.

A possible option is to consider alternative living arrangements. Many people are moving into village model communities where all their amenities are in one place and people commit to caring for one another. Some of these are strictly for older people, others are intergenerational, allowing for extended families to live in close proximity to each other. This model can help to defray some of the costs of aging care, Weller said. It also lets people avoid the nursing home which these days is considered the “option of last resort.”

To start putting all your money in investments like solar and wind energy just because they’re “green” is probably not a wise investing choice.

“The life cycle of these investments is that when they reach critical mass using the new technologies, stuff becomes really cheap and then you don’t make that much money,” Weller said. That’s why it can often be better to investigate more cutting edge technologies such as batteries, he said, since there’s a race to develop batteries that will fuel something as big as a plane, and since everything that uses alternative energy depends on them.

The Asset Owners Disclosure Project is one of several organizations (another is Mercer) that audits portfolios for sustainability. AODP looks beyond climate change to also take in questions of economic justice, biodiversity, and more.

“It’s about the kind of world people will retire into,” said AODP campaign manager Lauren Peacock. AODP issues reports grading pensions and asset funds on criteria set out by the Task Force on Climate-Related Financial Disclosures that looks at governance and communication, strategy and risk management, and metrics and targets. While AODP is based in London, the organization also looks at some U.S. funds. Many public funds, Peacock said, do very well on these ranking lists.

“There’s a lot of rising stewardship at the moment,” Peacock said. “Institutional investors are starting to be a bit bold with how they use their votes.” And that, she said, is essential to making the world more habitable in the future.

“Regardless of how bad the climate gets,” she said, “if you do something about it, you’re going to be better across the board.” 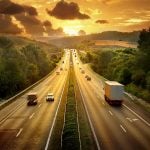 Previous Story:
The most dangerous highway for summer driving in every state 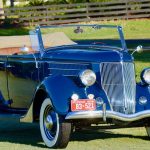 Next Story:
This 1936 Ford V8 Deluxe Phaeton is a joy to drive

About the Author / Susan Lahey