Is a recession looming? Here’s what to do with your money if you’re worried 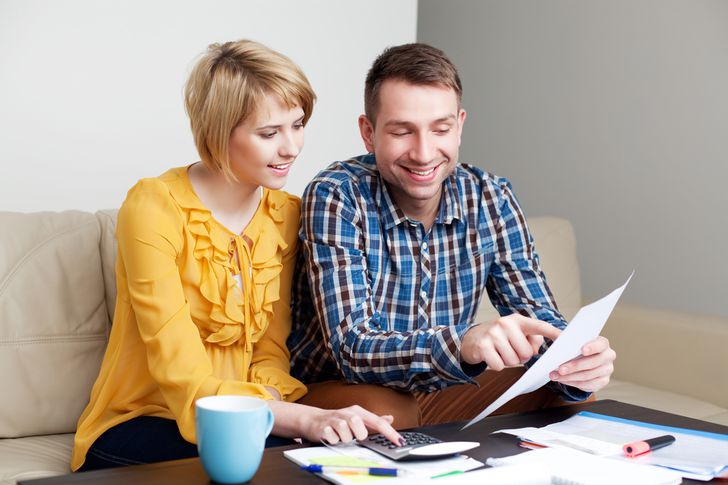 Few words evoke as much anxiety and dread as “recession,” but the reality is that recessions are part of the business cycle. Right now, Americans are enjoying the longest economic expansion in our country’s history, and the economy is bound to contract again — well, eventually.

While it’s impossible to know if there will be a recession in 2019 or 2020, there are still a few things you can do to prepare your finances before the next economic downturn.

Is a recession on the horizon? What you should know

A recession is a decline in economic activity that lasts more than a few months, and it can affect many aspects of the national economy. It’s important to know what happens during a recession: unemployment rises, while real income, real gross domestic product (GDP), industrial production and retail sales plummet. Even the stock market can suffer, as investors saw during the Great Recession.

Since the National Bureau of Economic Research began tracking recessions in 1854, there have been 33 recession cycles. You don’t need a crystal ball to know that there will always be another recession in the future.

It’s important to note that the U.S. has been in an expansion period since June 2009. That’s more than a decade of financial prosperity for many (but not all) Americans. The average expansion period has been 38.7 months, or just more than three years. With a record-breaking expansion, some may just be uncomfortable that things have been going too well for too long.

Still, with low unemployment (3.7%) and an otherwise healthy economy, some are skeptical of all the sudden uproar around an upcoming recession. While nobody knows definitively when the next recession will be, there’s one recession predictor that’s been proven right time and time again: the inverted yield curve.

What is the inverted yield curve?

A normal yield curve shows that longer-term U.S. Treasury bonds yield a greater return. But in August 2019, the interest rates on 10-year bonds fell below the rates on two-year bonds, which signals that there’s more faith in the economy’s short-term performance than its long-term performance.

Historically, yield curve inversions have been a reliable recession predictor. An inverted yield curve has preceded the past seven recessions ー every recession since the 1970s. That’s a pretty daunting track record.

How to prepare your finances for a recession

Don’t panic over a bad day

When the yield curve inverted on Aug. 14, the Dow dropped 800 points, or 3%, in just one day. But those who sold their stocks amidst the chaos might be regretting it, as the Dow has risen higher than it was before the drop.

Here’s a closer look at the performance of the S&P 500 Index over a 12-year period:

S&P 500 Index prices for the graph above were sourced at close of Q2 and Q4 annually, beginning in June 2007, before the last recession began. You’ll see the significant drop around the recession, then a gradual climb that has outperformed the index’s past performance.

Of course, not all stocks will perform as well as the S&P 500 Index fund, but it’s a good measure of the stock market’s overall performance.

Set a budget that lets you prioritize your financial goals

If you’re concerned over a coming recession, a budget can help you prepare for it ahead of time. For example, you might review your budget to prepare ahead of time how you might trim expenses if money becomes tight. It can also help you save money in an emergency fund, which can tide you over if you experience job loss.

By the end of the Great Recession in June 2009, the unemployment rate was at 9.5%. The long-term unemployment rate, which accounted for those who were unemployed for 27 weeks or longer, was 4.4%. You may not be able to stop job loss due to a recession, but you can definitely squirrel away a financial safety net in the form of an emergency fund.

It’s common financial advice that you save up enough money to cover three to six months’ worth of expenses. Considering long-term unemployment accounts for individuals who have been unemployed for nearly seven months, even six months of expenses wouldn’t be enough to hold you over. Still, even the goal of three months of savings might be unattainable for some (say, college students), and it might not be enough savings for others (like families with young children). For nearly one in two Americans, being able to cover a $1,000 emergency with cash isn’t a reality.

If you’re just starting to save, start small. Set a goal of saving enough money for one month’s worth of expenses, then work your way up from there. A financial safety net isn’t just important in case of an economic downturn ー it can save your finances from disaster in any financial emergency. That’s because you may not have to rely on credit to, say, pay for a medical emergency or repair car repair bills in case of an accident.

If you have debt, pay it down sooner rather than later

By definition, recessions result in higher unemployment, which can put a burden on families with debt. A 2019 LendingTree survey found that households with at least one form of debt owed an average of $144,100 last year.

If your household earning power falls during a recession, then mortgages, auto loans and student loans can become even more of a burden. You might consider chipping away at more manageable debt, such as credit card debt, to relieve some of that burden.

Taking out a personal loan to mitigate debt costs
Paying down debt can seem like an impossible feat, especially when you have a high interest rate and can only afford to make the minimum payment. For individuals who want to pay down credit card debt and have solid credit, a personal loan may be the answer.

You’ll also pay off the debt on a monthly schedule, which means you’ll be paying more toward the loan than you would with a minimum payment on a credit card. It means you’ll have to make extra room in your budget each month, but it’s worthwhile if your goal is to pay your debt within three to five years.

Personal loans are a good option for consumers with very good credit, as they can secure rates as low as 3.99% APR. Even consumers with lower credit can benefit, as long as you can secure an interest rate that’s lower than the one on your credit card or other debt. If you have an excellent credit score, you might even consider a balance transfer credit card.

However, many balance transfer cards charge a balance transfer fee, which is typically 3%, on average. And if you can’t pay off your debt within the promotional period, you could end up at square one with a high credit card interest rate.

No matter when we’ll see a recession, you can prepare now

There’s no telling when the next recession will be, so now is the time to get your finances in order if you worried about one. It will be easier for you to take control of your debt while the U.S. economy is in an expansion than a recession. Consider financial products that can help you repay your debt sooner and set a budget and stick to it. The earlier you start working toward your financial goals, the sooner you will meet them. 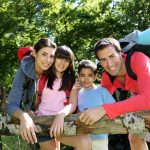 Previous Story:
15 of the best travel destinations during ‘shoulder’ season 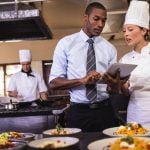