Is America falling out of love with the NFL?

While baseball is often referred to as “America’s favorite pastime,” the NFL has long surpassed the MLB as the nation’s favorite professional sports league. For several reasons, including first and foremost its better suitability for television, football flew by baseball as Americans’ favorite sport to watch in the 1960s and hasn’t looked back since. 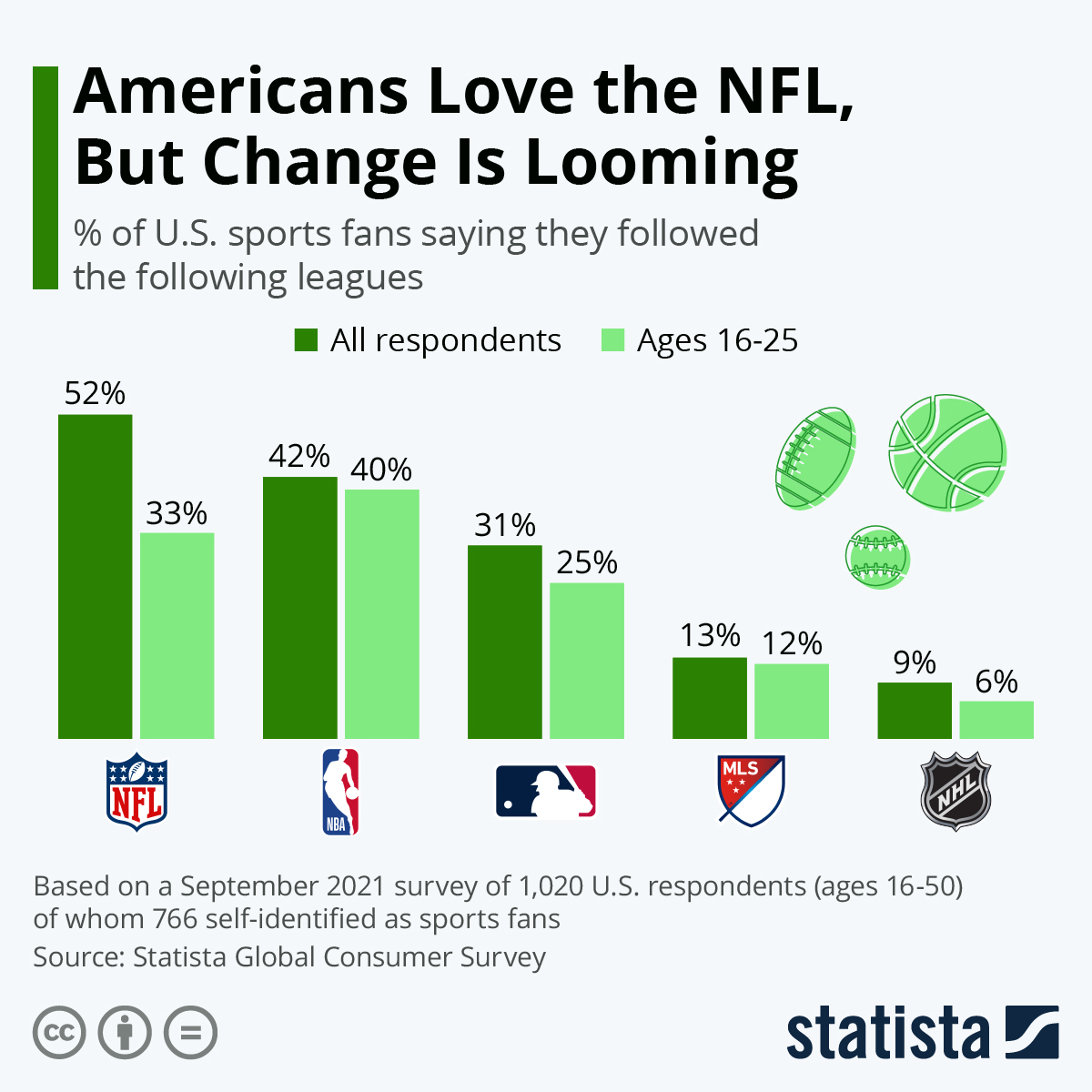 In recent years, baseball has even been surpassed by basketball, as younger audiences prefer the action-packed, star-studded NBA over what many young viewers consider the dragging affair of a three-hour baseball game.

According to findings from Statista’s Global Consumer Survey, the NFL remains the number 1 among major professional sports leagues in the U.S., at least for now. While 52 percent of self-declared sports fans follow the National Football League, compared to 42 percent for the NBA and 31 percent who follow the MLB, looking at the youngest group of respondents reveals a worrying trend for NFL executives.

Among 16- to 25-year-olds, the NFL only plays second fiddle to the NBA, with just 33 percent of young sports fans following the league. The NBA reaches 40 percent of Gen X fans, who are overall less likely to follow any professional sports leagues than their older compatriots.

Do you know how your favorite NFL team got its name?

Previous Story:
Old-school career tips you should probably ignore
Next Story:
The states with the most car accidents may surprise you