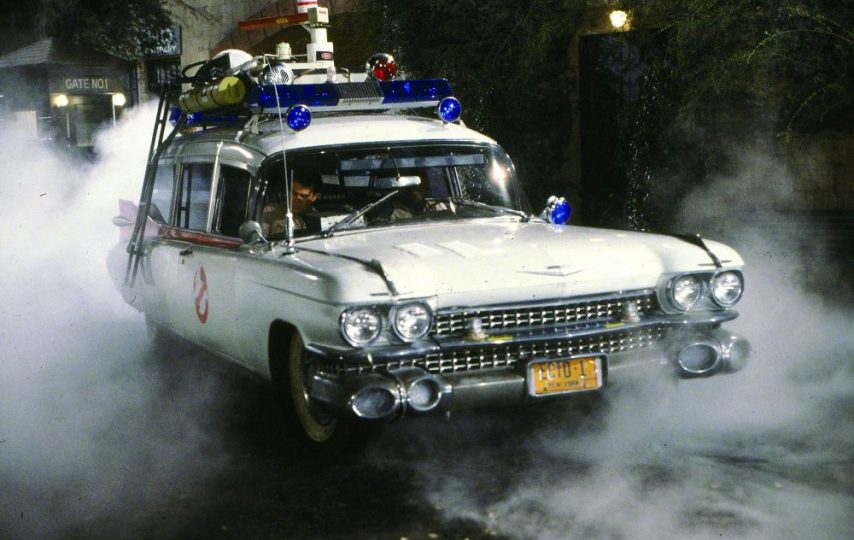 Movies are often cherished as much for their sweet rides as any thrilling plots or romantic speeches. Indeed, it’s not uncommon for certain vehicles to be remembered years or even decades after their debut because of their presence in iconic films. Which of these automotive movie stars is the most popular, though? The folks at GoCompare.com crunched some IMDB scores and found the most iconic movie cars of all time. We took that list and added some historic facts we found interesting.

Here are the 13 most iconic movie cars of all time: 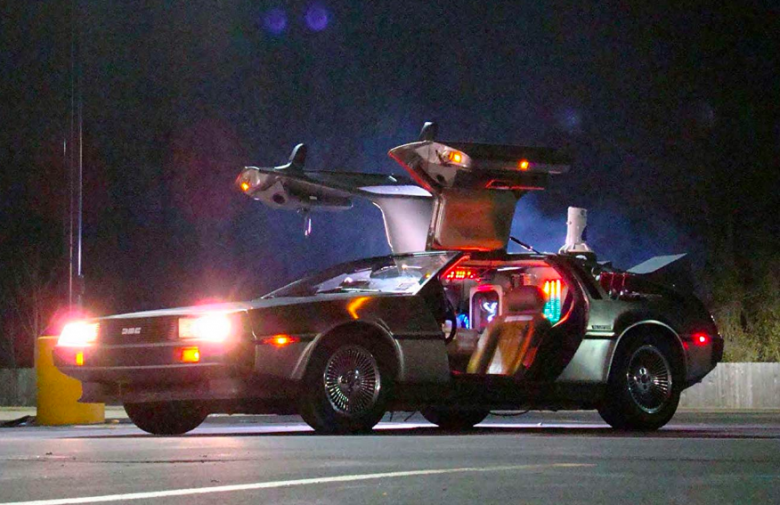 Doc Brown’s time-traveling DeLorean is as much a “Back to the Future” icon as Marty McFly. In fact, audiences were so smitten with the car that demand for DeLoreans spiked following the film’s 1985 debut. A word of advice for any would-be time-travelers, though: Save hitting 88 miles per hour for the highway. 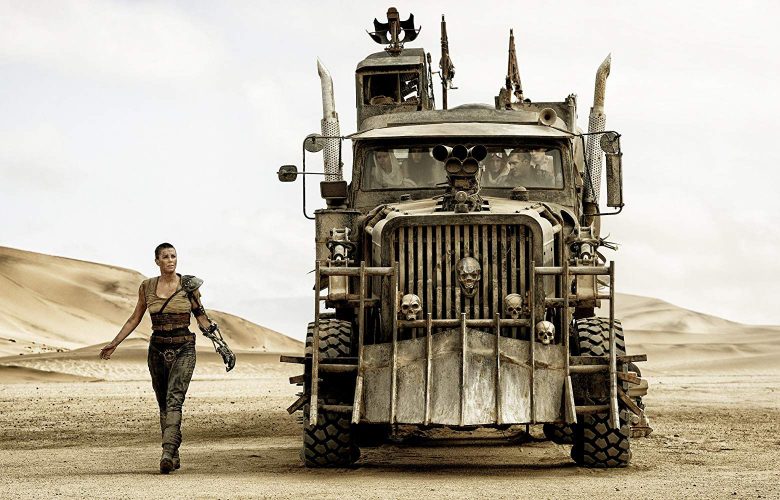 There’s a lot to love about 2015’s “Mad Max: Fury Road.” It features an inspired plot, visceral visuals and one of film’s greatest female action heroes. The movie also sports the franchise’s biggest fleet of post-apocalyptic vehicles, including a heavily modified (and terrifying) Tatra 815-7 fittingly called “The War Rig.” It’s true that The War Rig isn’t a car, but Imperator Furiosa’s spike-and-skull-covered menace is undoubtedly the meanest semi in cinema. 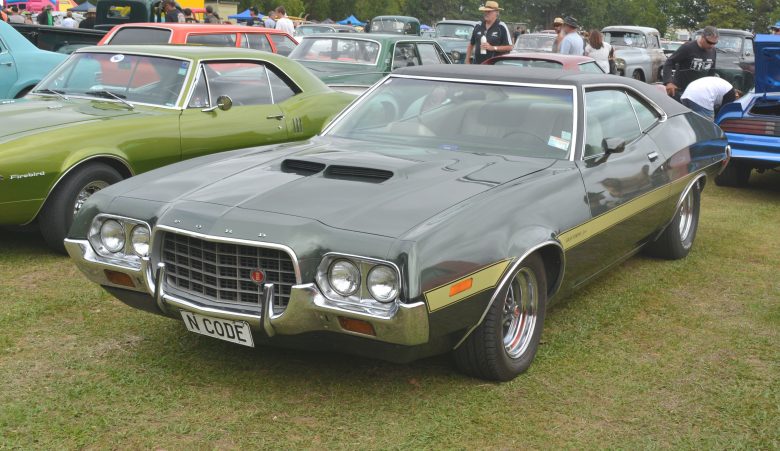 Despite its durability issues, the Gran Torino was an enviable car long before Clint Eastwood’s eponymous 2008 film. That movie modified the vehicle’s niche in cinema because, while many gritty films relegate cars to sweet ride status, the movie’s Torino gradually becomes one of the movie’s biggest plot points. The car’s placement in both 2004’s “Starsky & Hutch” and 2009’s “Fast & Furious” also point to its enduring popularity. 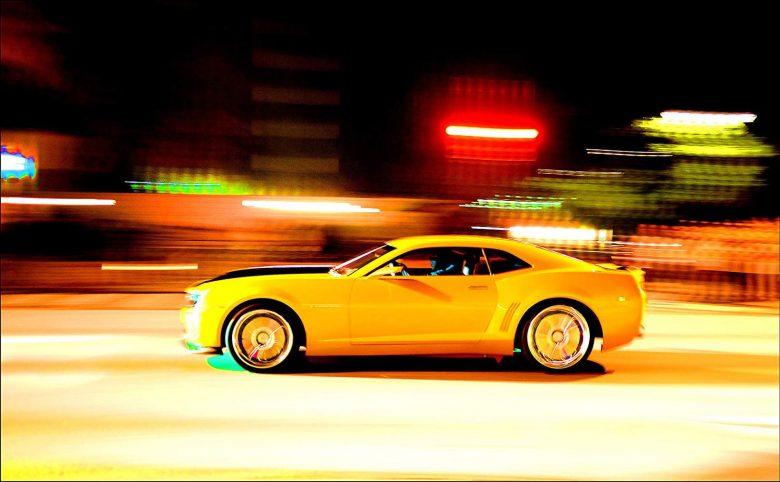 It may have taken six films for the “Transformers” franchise to earn some acclaim, but that never stopped it from, well, transforming a few hot rods into movie stars. Both the 1976 and fifth-generation Chevrolet Camaro have gained heightened pop culture notoriety because of their use by Autobot superhero Bumblebee, whose recent solo film points to a bright future for the car in cinema. 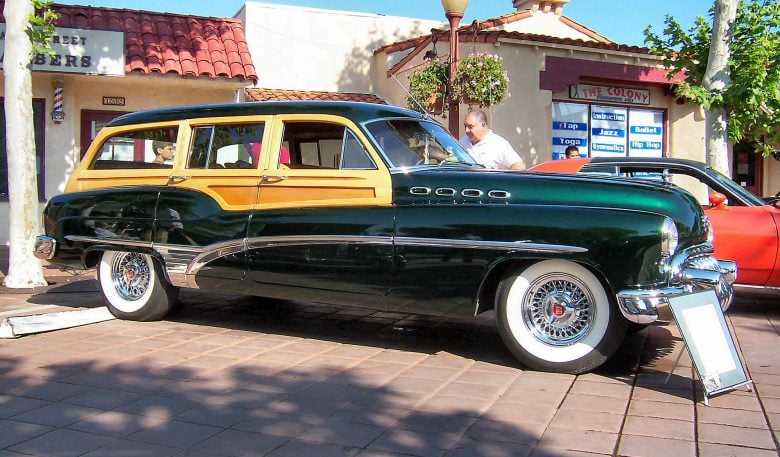 The 1949 Buick Roadmaster is the vehicle Dustin Hoffman and Tom Cruise awkwardly palled around in through much of 1988’s “Rain Man.” The car used in the film was so iconic that it sold for a whopping $170,500 in 2012. It then underwent a full restoration in 2015, almost 30 years after the film opened in theaters. 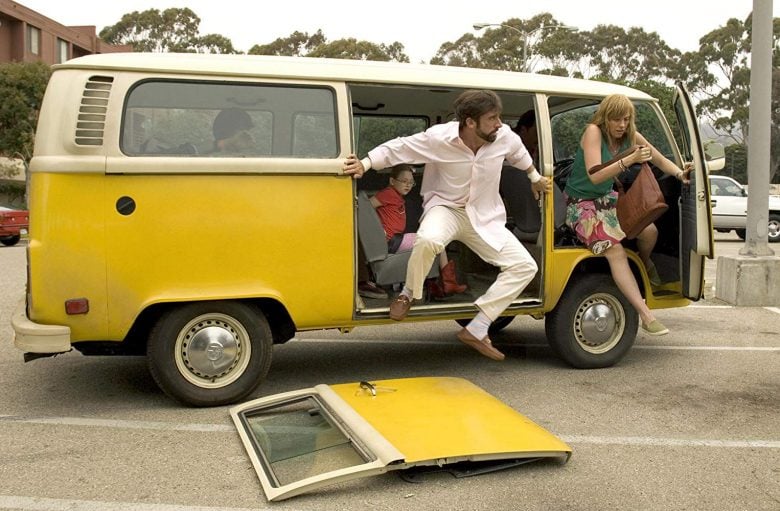 The Volkswagen T2 Microbus is now associated as much with dark humor as hippie stereotypes thanks to 2006’s “Little Miss Sunshine.” Writer Michael Arndt picked the bus because of his own road trip experience with it. Reportedly, everything from the film version’s broken clutch to its detached door was inspired by problems his family’s own Microbus had on the road. Still, more than 60 of these vans were present at a drive-in screening of the movie in 2006. 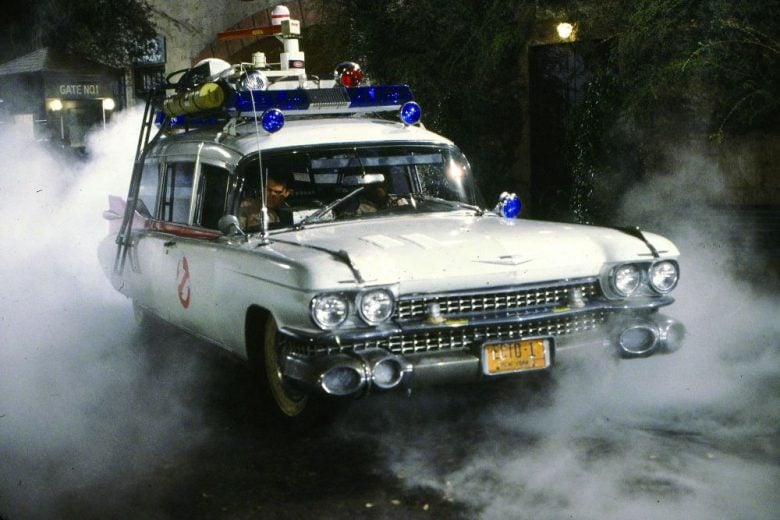 Ray Parker, Jr.’s “Ghostbusters” theme song doesn’t sound complete without Ecto-1’s sour klaxon blaring in the background. Ecto-1 launched Cadillac ambulances into the cinematic stratosphere, where they have remained ever since. Many media have paid homage to Ecto-1 over the years; the racing game Burnout Paradise, for example, references the car with its own ghost-mobile: The Manhattan Spirit. 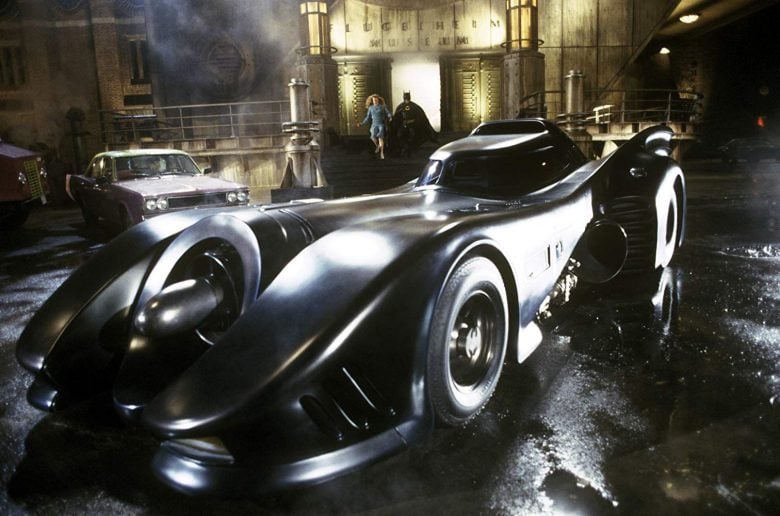 Even 30 years later, the Batmobile from 1989’s “Batman” remains the coolest, sleekest ride in the Caped Crusader’s subterranean garage. Not even the Tumbler from Christopher Nolan’s Dark Knight trilogy holds a candle to this vehicle’s art deco-inspired design. Over the years, this version of the Batmobile has appeared in everything from OnStar commercials to “Animaniacs.” Gamers can drive the car themselves in 2015’s “Batman: Arkham Knight” and the vehicular soccer title “Rocket League.” 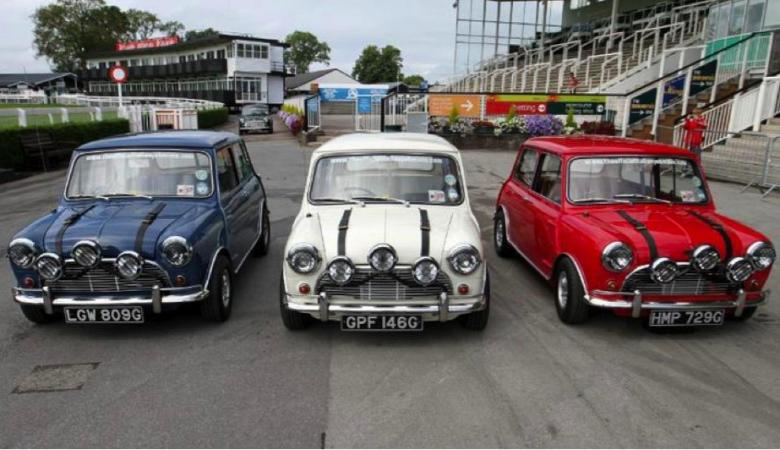 The Mini Cooper S defined some of the most compelling scenes in the 1969 film “The Italian Job,” including that daring staircase derby. In 1999, the vehicle was voted the second-most influential car of the 20th century by a panel of 126 auto experts (the Ford Model T won first place). “The Italian Job” wasn’t Michael Caine’s last tango with this car, either; he drove a Mini yet again in 2002’s “Austin Powers Goldmember.” 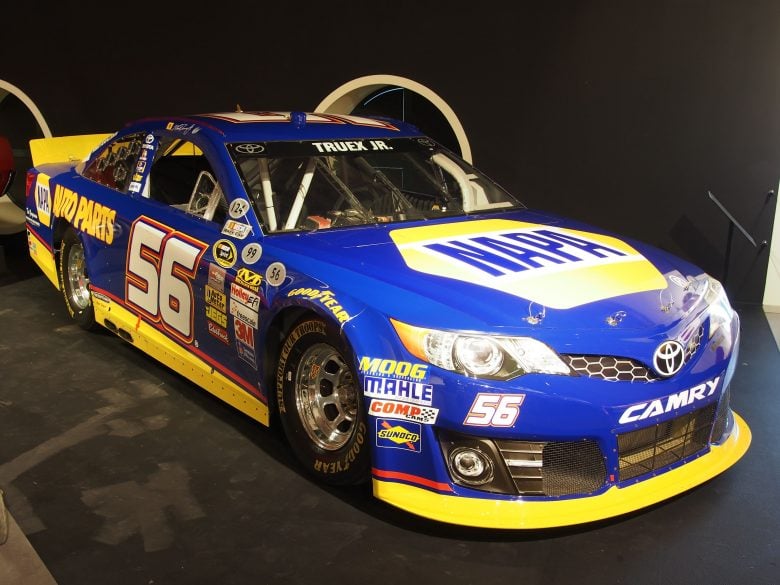 It probably comes as little surprise that NASCAR finds its way into cinema. Some of those films, like 1965’s Redline 7000, aren’t even strictly about racing, yet NASCAR still discovered a way to promote its stock cars. These vehicles have appeared in multiple films over the years, including the documentary “The Dale Earnhardt Story” and 2005’s “Talladega Nights: The Ballad of Ricky Bobby.” Stock cars were also the chief inspiration for many of the characters in Pixar’s “Cars” franchise. 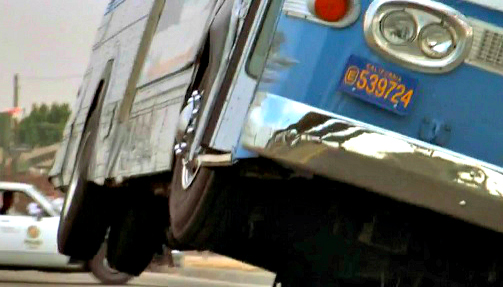 Quite possibly the fastest bus in motion picture history, the GM TDH 5303 reportedly wasn’t supposed to make the famous jump scene in the original script of the movie “Speed,” which made the bus iconic. The idea was apparently director Jan deBont’s, who came up with the idea when he noticed one section of I-105 in Los Angeles was missing, according to IMDB.com.

Also of note: Sandra Bullock reportedly learned to drive a bus for her starring role in the film, and passed her driving test on the first try. 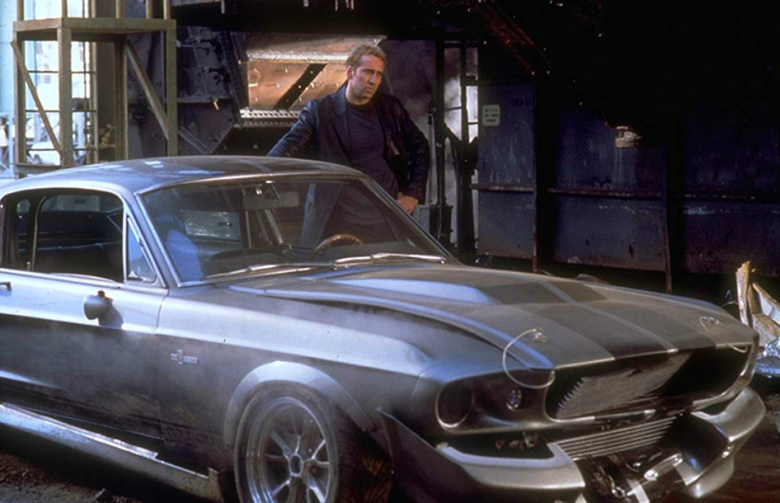 According to IMDB, replicas based on the 1967 Shelby used in the movie “Gone in 60 Seconds” skyrocketed after the film was released. This reportedly forced executive producer Denice Shakarian Halicki to “file a copyright for Eleanor’s likeness, and she successfully won a court case against Carroll Shelby in 2008.

“His company, Carroll Shelby Enterprises, had a licensing agreement with Unique Performance in Farmers Branch, Texas, where his continuation series of Shelby Mustangs were produced until the company was closed in 2008 in response to law enforcement raids regarding vehicle identification number irregularities, and the lack of a just-in-time inventory where the Shelby continuation series were not delivered to customers.

“As of 2014, Classic Recreations of Tulsa, Oklahoma, is the licensed manufacturer of the Eleanor replica used in the film using 1967 Mustang fastback bodyshells supplied by Dynacorn Restoration Bodies.” 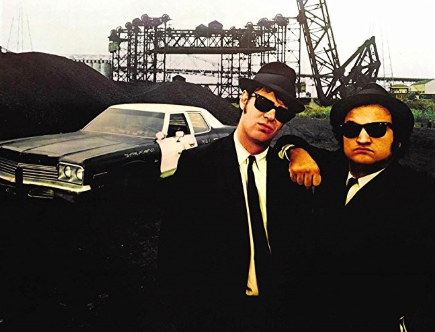 Known as the Bluesmobile, the 1974 Monaco used in the 1980 film “The Blues Brothers” wasn’t a particularly sexy car (and it wasn’t meant to be) but it became a film icon anyway.

As the story goes, Elwood Blues purchased the car at an auction after trading his 1968 Cadillac for a microphone. 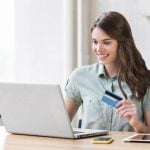 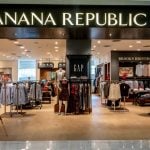 Next Story:
How to save money at Gap, Old Navy & Banana Republic

About the Author / Ian Coppock