People in this country have the most hangovers

Hangovers are most common amongst Brits, according to new data from Statista’s Global Consumer Survey, with around two out of every ten UK respondents saying they usually feel the adverse effects when they drink. Perhaps it comes as no surprise, as a notorious binge-drinking nation, that a higher share of people from the UK tend to overindulge. In fact, according to a survey by food supplement company Survivor, the average person from the UK endures two 36-hour long hangovers per month, or as The Independent found in 2014, will spend an entire year of their lives hungover. 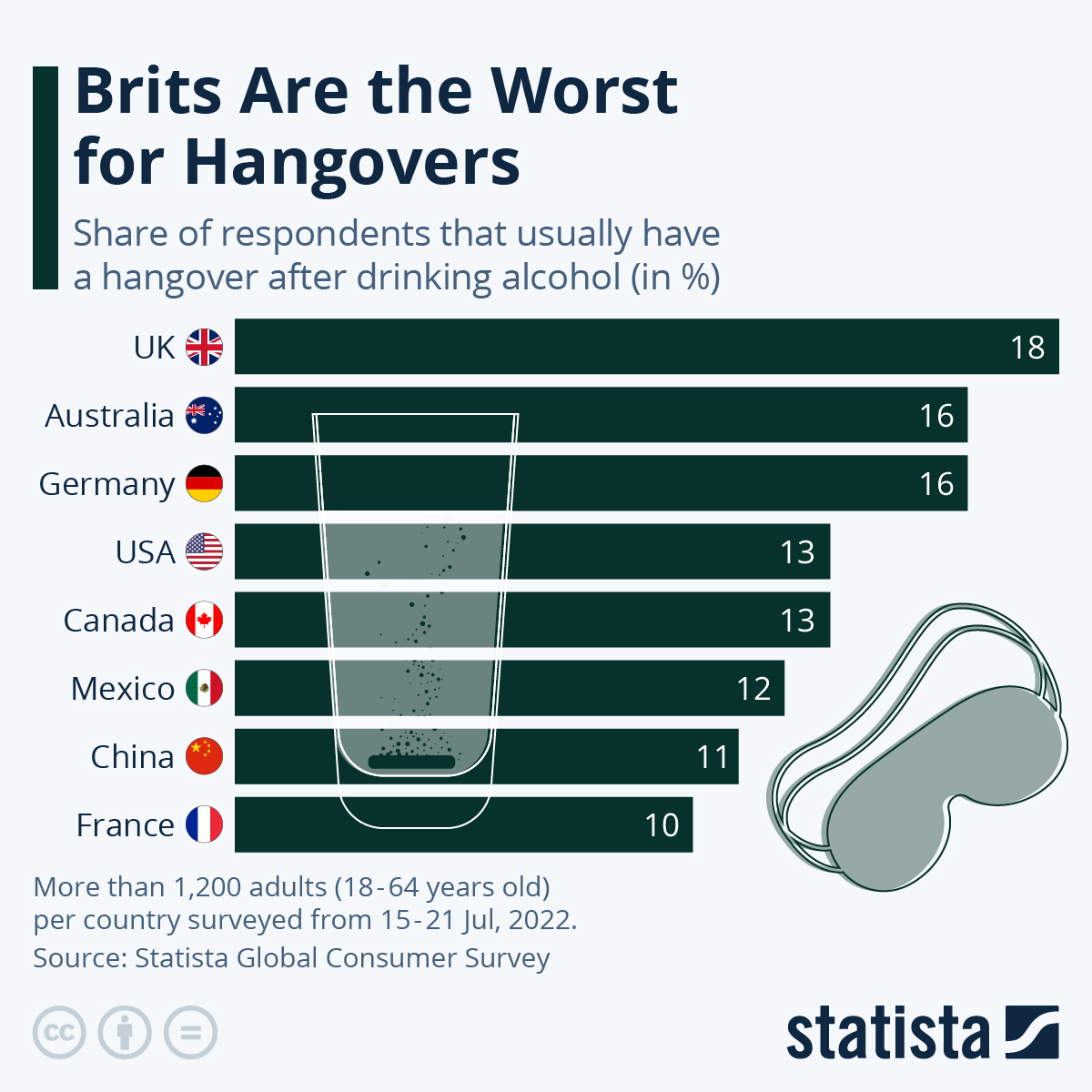 Australians and Germans aren’t far behind though, with 16 percent of respondents in each country saying that they regularly get hangovers. The French ranked last of the surveyed countries, with only one in ten respondents saying they regularly experienced them.

While hangovers are hardly a rarity, and perhaps even the sign of a good night, medics warn against excessive drinking. Alcohol consumption is a major public health problem, responsible for an increase in cancer and other diseases, not to mention the thousands of cases of people that are involved in (sometimes fatal) drink-driving accidents, as the UK’s official site reports.

It’s a problem made worse by the pandemic, as according to research on behalf of the NHS, the regular drinking habits that started during lockdowns are forecast to lead to up to 25,000 more drink-related deaths over the next two decades in England. As with most drugs, alcohol carries a high risk of addiction and can be seriously damaging to health.

The one dive bar to visit in every state

Previous Story:
The largest residential home in every state
Next Story:
Don’t understand the Inflation Reduction Act? This graphic can help