Realistic cakes are all the rage, but this life-size deer takes the…you know

When you picture the most stunning wedding cake you’ve ever seen, we’re guessing it didn’t look like a living, breathing beast.

While multi-tiered cakes with luscious white icing and edible flowers are perfectly fine for the occasion, a baker in Pennsylvania used every tool in her decorating kit to give an outdoorsy couple a cake none of their guests will ever forget when they got hitched in 2019.

Pam McNeal, the cake decorating supervisor at Shady Maple Farm Market in East Earl, earned some online fame when the cake was shown off by her employer on Facebook. The result was a life-sized buck, complete with a pair of antlers and plenty of details that would make anyone look twice when they saw it sitting on a banquet table.

“Truly incredible work,” the store wrote in the post with an image of McNeal standing with her creation. That might be an understatement.

Since it was posted, the photo has racked up more than 2,000 reactions and been shared more than 3,000 times across the platform. The comments have been flooded with people complimenting McNeal’s work and talking about other cakes she’s made — but some couldn’t resist the chance to make one recurring joke.

“How much does it cost?” commenter Jay Byerly wrote. “A buck?”

The store didn’t comment on the cost of the cake or go into further detail about how McNeal created it, but employees there opened up about the process to Philadelphia’s WTXF-TV. They told the station that it took her 10 hours to make and could serve about 250 people. The neck and head were made of styrofoam — and the antlers were the real deal, provided by the couple who commissioned it — but everything else was cake.

Shady Maple Farm Market has quite a following on Facebook and has shared plenty of other snapshots of the gorgeous, animal-themed treats from its bakery. Here’s one that looks just like a pig playing in messy mud that, frankly, deserved more love on social media. 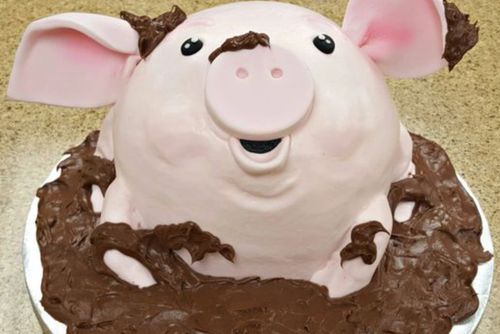 A pair of cuddly tigers made of cake was put onto a dessert platter for a family’s Christmas cake by the staff at the store’s bakery. We’re not sure what the connection to the season is but the result is fantastic. 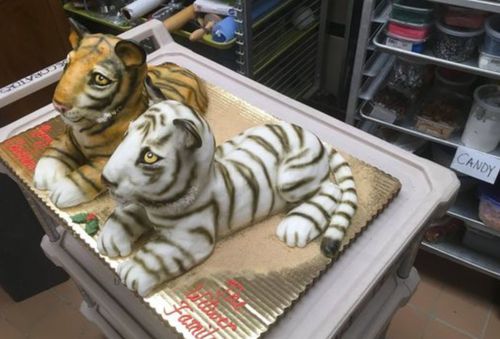 But our favorite might be this cake version of an adorable doggy with a litter of pup-cakes. The details given to each breed are stunning. 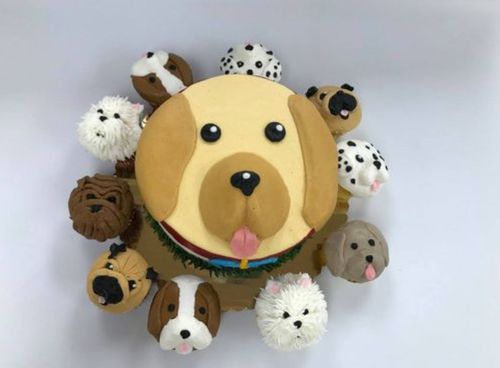 Clearly, the bakers at Shady Maple Farm Market are not messing around.

This article
originally appeared on Simplemost.com and was
syndicated by MediaFeed.org.

Cakes that look almost too real to eat

Previous Story:
10 smart ways to invest $100K for retirement
Next Story:
Expert predictions for the economy & housing market in 2022

About the Author / Clint Davis