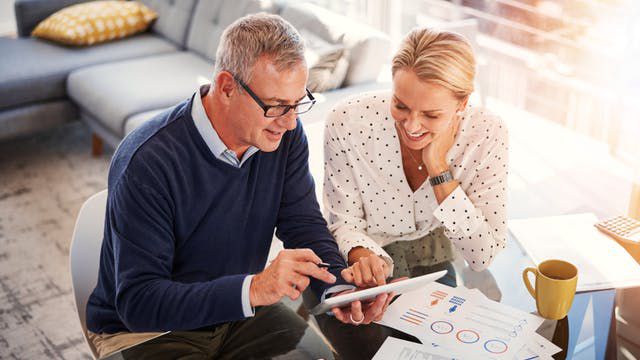 Americans have always struggled to save. Many live paycheck to paycheck, on the very edge of financial security. Historically, that savings shortfall has been all the more dramatic when it comes to saving for retirement.

But with the coronavirus pandemic and the havoc it has wrought on the economy, that retirement savings gap may worsen. Beyond the health impact, COVID-19 has created enormous economic uncertainty across the country. Market volatility has cut into retirement nest eggs for many; in the first three months of 2020, the average 401(k) dropped 20%. And a provision of the CARES Act that makes it easier to tap retirement accounts is likely to send those balances even lower in the months ahead.

Unemployment has skyrocketed to record highs, hitting 14.7% in April. That means that Social Security’s coffers (which are dependent on payroll taxes) are taking a hit. Moreover, the recent CARES Act allows companies to delay Social Security payouts for up to two years. And while this doesn’t affect current beneficiaries, it highlights the pandemic’s impact on the already increasing Social Security funding deficit. With all of this uncertainty, it’s not surprising that Americans are growing increasingly worried about their retirement prospects.

More retirement concerns than a year ago 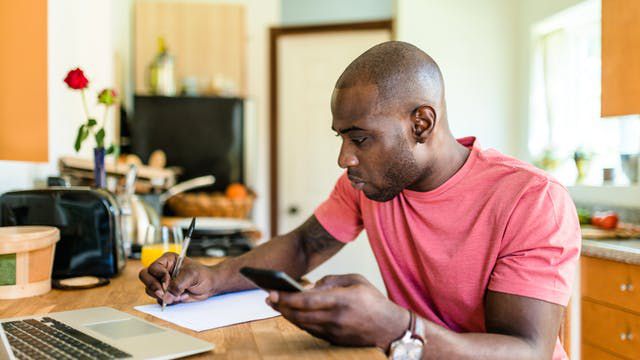 The study, which was conducted as an online, random sample survey of 1,070 Americans ages 18+ between May 8-9, 2020, explored how people are looking at retirement, Social Security, and savings today, particularly in light of the current crisis. We break down our findings, from changing rates of postponing retirement to how people are drawing from retirement savings during the pandemic. 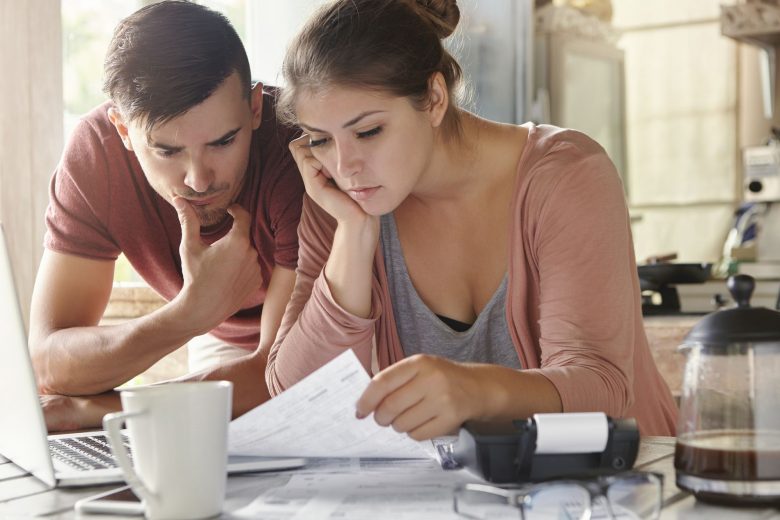 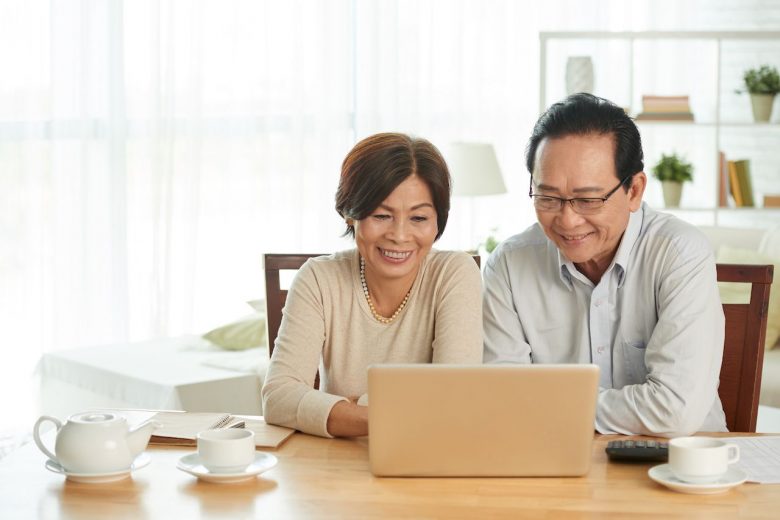 Simplywise conducted its May 2020 Retirement Confidence Index online, as a random sample survey of 1,070 Americans aged 18 and above. The survey was fielded May 8-9, 2020. It was intended to explore how citizens are looking at retirement, Social Security, and savings today, particularly in light of the current crisis.

Here are the severn things Americans are most concerned about when it comes to retirement:

1. Social Security being dried up 56% 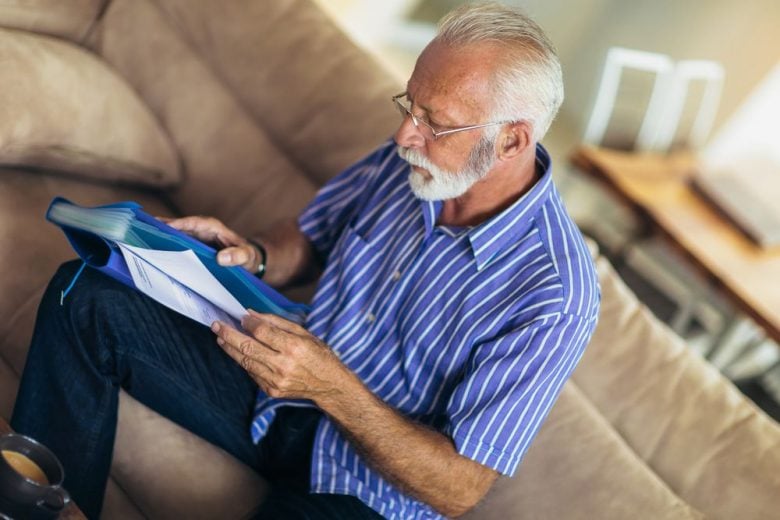 Among respondents not yet collecting benefits, 56% are concerned that Social Security will dry up altogether by the time they retire.

The concern is legitimate. According to the Social Security Board of Trustees, the trust funds responsible for disbursing benefits will be depleted by 2035. That does not mean Social Security will be gone altogether. But it does mean that its cash reserves will be gone, and it will only be able to dole out what it collects in taxes each year. If that happens, according to the Trustees, the Administration will only be able to pay beneficiaries 79% of the money they are owed. Its reserves are running out due to demographic trends. Generation X (the generation behind Baby Boomers) is much smaller, so while the Boomers swell the ranks of retirement beneficiaries, there are less workers paying in taxes to fund those benefits. This means current tax revenues won’t cover benefits and Social Security will have to tap the surplus. Add to that the current soaring unemployment numbers and it becomes hard for many to imagine what the future of Social Security looks like today. 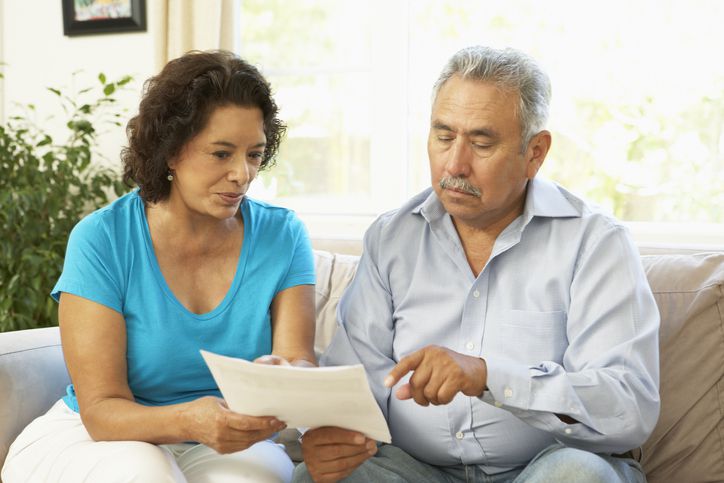 Half of respondents are concerned they will outlive their savings in retirement. 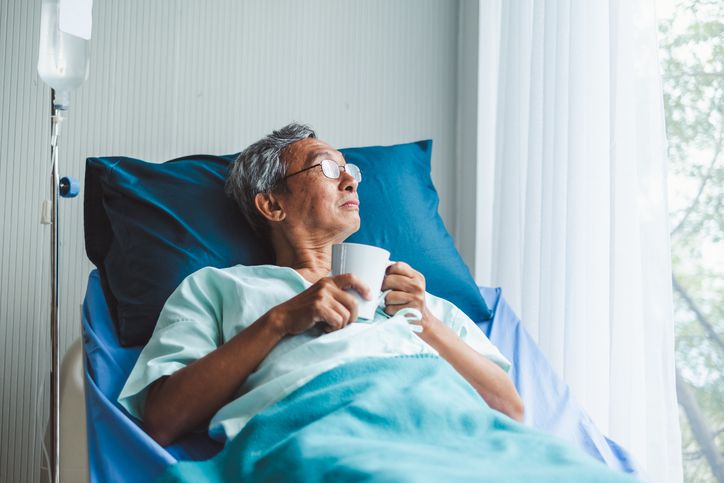 Paying everyday bills, particularly medical bills, is a great anxiety. Over 50% of people in their 50s reported being concerned about their ability to pay for medical and daily living expenses in retirement. Repaying lenders is another concern, with 28% concerned about having too much debit in retirement. 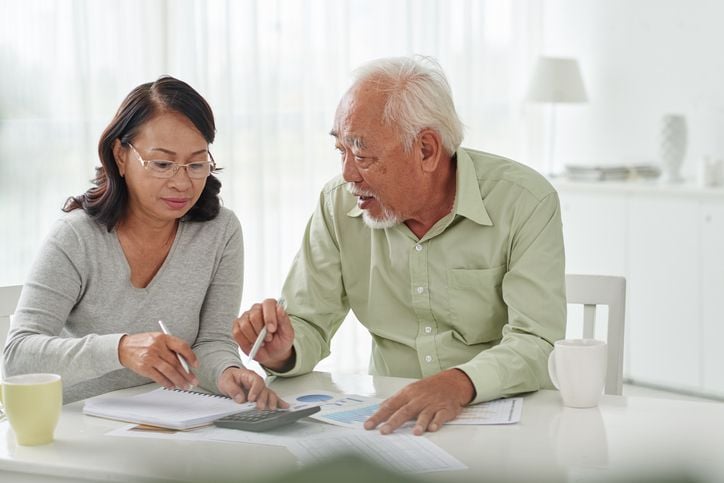 For those not yet claiming Social Security benefits, financial concerns are the greatest anxiety as they think about retirement.

An incredible 40% of respondents to the Simplywise survey reported that they do not believe they will be able to retire at all. 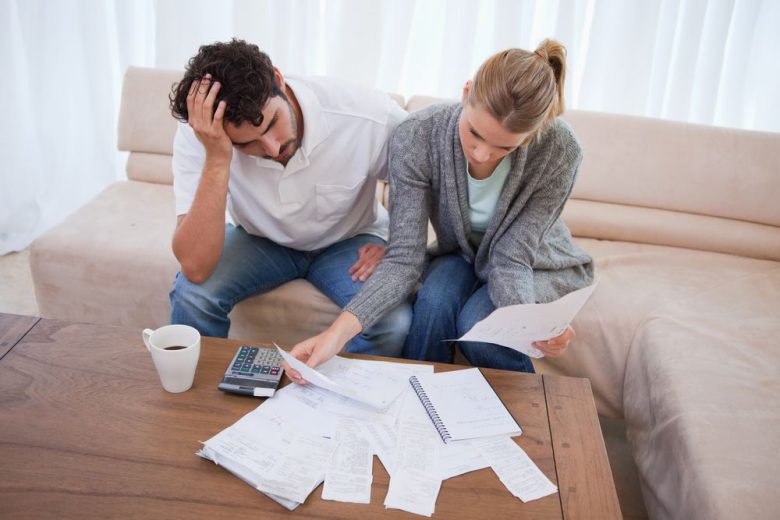 Over half of all respondents believe their quality of life will suffer after they begin collecting Social Security. For those not currently collecting retirement benefits, 58% believe those benefits won’t allow them to maintain the same quality of life they enjoy today.

Looking at the average Social Security benefit—$1,503 per month in January of this year—it comes as no surprise. Especially given that, according to the U.S. Bureau of Labor Statistics, the average American spends $5,102 per month.

Women were less confident than men that their savings and benefits would get them through retirement. Just 41% of women, compared to 55% of men, believed their retirement income would let them maintain their same lifestyle.

7. Nearly a quarter worry about loneliness – 24% 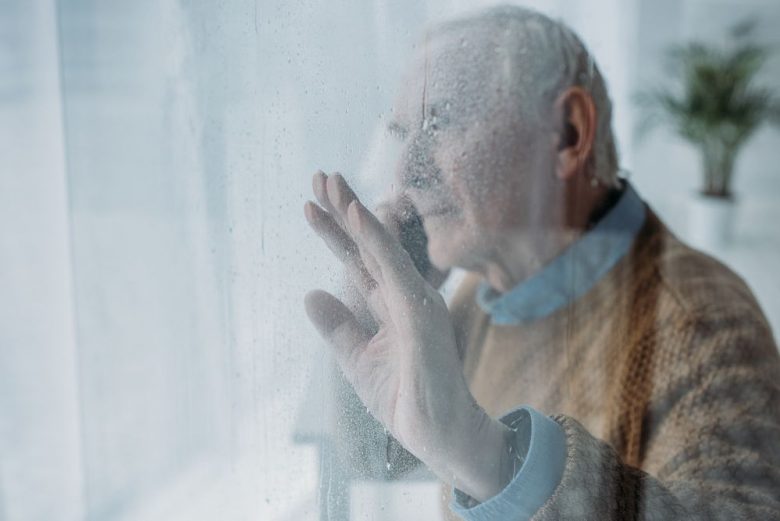 Of course, even beyond financial concerns, there are other realities to face in entering the next phase of one’s life. Twenty five percent of respondents are worried about feeling bored or lonely once they retire.

In fact, according to the U.S. Census Bureau, about one in five adults 65 to 74 years old lives alone. That figure doubles to around four in ten for those 85 and older. And while living alone does not necessarily result in social isolation, the reality is that with age, social contact does typically increase. This can be due to factors like decreased health or mobility; family living far away; the death of friends or family members.

And loneliness and isolation can actually have a deep impact on health and even finances for those in retirement. A study from AARP estimated that social isolation costs $6.7 billion to Medicare every year. The study found loneliness to be a risk factor in health conditions including arthritis, high blood pressure, heart disease, and diabetes.

Americans are feeling squeezed across the board 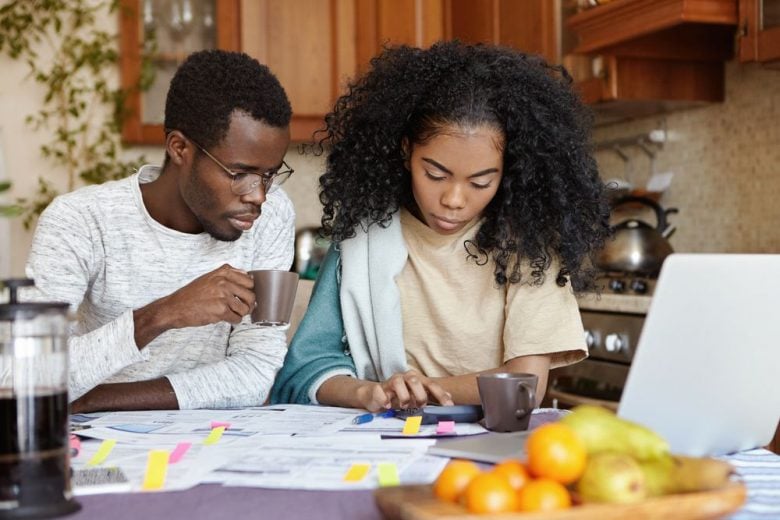 The reality is that the economy today is hurting Americans across the country, regardless of where one is from or how much one makes. For starters, job security is of course a grave challenge for Americans today, which may likely continue. This reality is even more stark for pre-retirees and seniors. In fact, 30% of workers over the age of 62 have recently been laid off or furloughed due to coronavirus. And 38% of workers over 65 have recently been laid off or furloughed.

Given the current economic climate, one in ten respondents are planning to dip into their emergency savings. And one in five Americans believe they will have to draw from their 401(k). For those recently furloughed, 20% believe they will have to tap their retirement savings now. And half of those who recently lost their jobs are now planning to withdraw from their 401(k). If many withdraw, that alone could have a dramatic impact on the stock market.

Of course, some Americans see an opportunity in the down economy. While over 41% are now planning to save more in their bank accounts, 21% of respondents are planning to invest more money in the stock market today.

Women remain more fiscally conservative, however. Of female respondents, 45% plan to save more today, versus 37% of males. Additionally, just 17% of women plan to buy stock today, compared to 27% of males.

But the truth is that a majority of Americans are struggling. Four in ten respondents answered they would not have the means to come up with $500 in cash today. They reported that they would either have to sell something or go to family and friends for a loan to get that kind of cash right now. 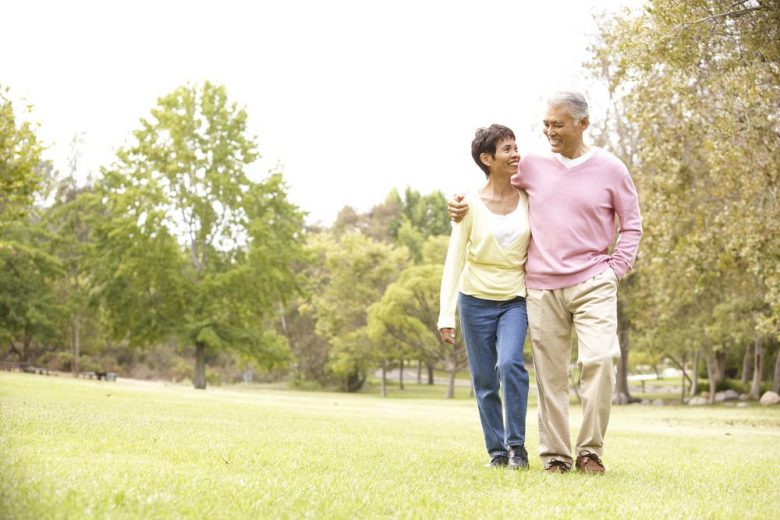 So much has changed in the last two months about the way we live our lives, and indeed, what life even looks like in this new reality. The human toll from the coronavirus continues to climb. Some states are reopening, while others remain closed for what seems an indefinite amount of time. Policy changes meant to ease the burden on strained businesses and struggling American citizens can feel confusing to navigate. Uncertainty seems to be the only certainty.

So it is natural that many Americans are feeling at best concerned and at worst overwhelmed in thinking about and planning for their futures today. Yet that is why it is more important than ever to educate oneself on the options for retirement

Americans who are not yet retired but whose finances have been impacted by the pandemic can use this time to review their expenses. Determine how much cash will be needed in retirement, and make any necessary adjustments to savings and portfolio asset allocations. “For those who are eligible but not yet on Social Security, while we don’t necessarily recommend taking benefits earlier, this is a good time to consider how to maximize your benefits,” says Simplywise CEO Sam Abbas. “That means understanding and calculating your options for earned benefits, spousal benefits and survivor benefits.” The best way to understand what you’re owed is to use a comprehensive Social Security calculator and checklist.

Things are changing rapidly – but staying informed, aware, and empathetic with yourself and those around you will ensure that your life today and future planning remain on track. 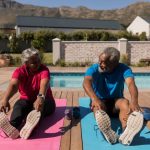 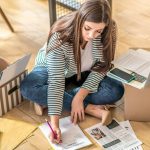 Next Story:
Can’t pay your bills? Here’s how to prioritize them

About the Author / Allie Fleder