When you think of Italian sparkling wine, probably Prosecco comes to mind first, which isn’t surprising, given its massive production output and tremendous marketing efforts. Franciacorta may top the list for those in the know about traditional method Italian sparklers, and perhaps Lambrusco or Asti Spumante take the top spot for the truly original among you.

Tucked into the Dolomite mountains of the Trentino-Alto Adige area, however, is Trento DOC, or Trentodoc, Italy’s best kept sparkling secret, though the word is increasingly out thanks to a consortium of producers in the area. Trento DOC was among the first classified wine regions in the world for traditional method sparkling wine, “metodo classico” in Italian: only France’s Champagne and a couple of the Crémant regions predate it. (In Italy Franciacorta predates Trento as a DOC, but that DOC also allows for charmat method sparkling wines in addition to classical method wines.)

I spoke with Paolo Letrari, whose family has been making metodo classico wines in Trento since the 1960s, who explained, “A glass of Trentodoc is an invitation to discover a corner of Italy with unique characteristics. This territory and its wine are influenced by its history and the character of its people.”

Interestingly, 80% of Trentodoc production is consumed in Italy, and while Trentodoc is not yet widely available in the United States, if you can get your hands on a bottle from this enigmatic region, you should. (For starters, Wine Enthusiast named Trentodoc as Wine Region of the Year in 2020.)

Here are five things to know about Trentodoc, and why it should top your wish list for sparkling wine selections, Italian or otherwise. 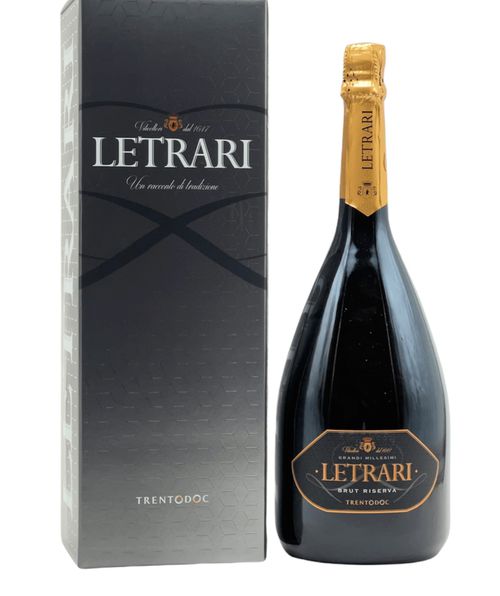 The classic method, traditional method, or Champagne method all refer to the same style of sparkling winemaking, where the secondary fermentation that creates the bubbles in the wine happens within the individual bottles, rather than in a tank, yielding a mousse of a finer texture. (The tank process is known as the charmat method, which is how Prosecco is made.) Additional yeast is added to each bottle along with additional sugar, (in most cases,) to be converted into carbon dioxide, which is trapped and then released as bubbles once the bottle is opened.

Once the yeast cells have expired following fermentation, the wines spend time aging with them still in the bottle. Referred to as “lees aging,” or “on the lees,” this process gives classical method sparkling wines a particularly rich, almost creamy texture. Trentodoc wines must spend at least 15 months on the lees for non-vintage expressions, 24 months for vintage-stated cuvées, and 36 months for riserva wines. Notably, Letrari’s Trentodoc Brut Riserva spends 60 months on the lees, creating a seriously robust and elegant sparkling wine to rival the finest Champagnes.

Speaking of the character of its people, Letrari makes a point about the type of people who endeavor to create sparkling wines according to this method: “People who produce metodo classico wines are a peculiar group of people: a mix of idealists, artists, and romantics, because it’s a more expensive, difficult, and risky way to produce sparkling wine. You have to be full of passion to try to express the best of your vineyards or your territory in this way.” (Editor’s note: Sparkling wines in the Trentino are also made using metodo martinotti or charmat but Trentodoc wines are only made using the classic method.)

Trentodoc is a small and finite region surrounded by mountains, and whose grapes grow within a range of altitudes. Regardless of the nuance between valley vineyards and slope vineyards within Trentodoc, however, the mountains themselves contribute greatly to the character of all the wine produced there.

A study released by the Edmund Mach Foundation, along with the University of Modena, revealed that this is an agriculturally important and distinct characteristic of these special wines. The influence of nearby Lake Garda, plus the ever-sentinel presence of the Dolomites, creates ideal conditions for grape ripening. There is a median diurnal shift between daytime and nighttime temperatures of 8 to 12 degrees Celsius, which results in grapes that have a high component of the volatile compounds that contribute aroma and flavor to the wines.

The mountains also create a natural limit, as there’s no opportunity to expand vineyards for more experimental production, but as with all limits, artists who work well within them often produce things of rare character. “The limit is our land,” explains Letrari. The vineyards are what they are. We are surrounded by mountains with no room to expand. Our greatest ambition is to surprise and satisfy the consumer.” 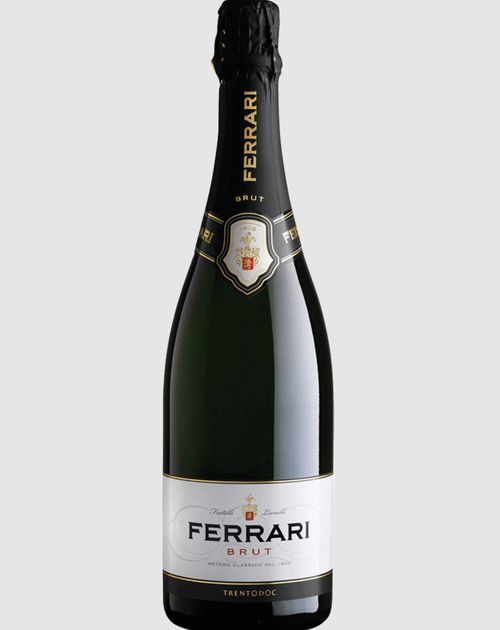 Trentodoc wines are reminiscent of Champagne for more than just the method used. Most of the grapes used in Trentodoc, in fact, were imported from France in the early 1900s by several winemakers who had gone to participate in winemaking there. Giulio Ferrari, who is largely credited with making the first substantial chardonnay plantings in Italy, correctly estimated that Champagne’s grapes (chardonnay, pinot noir, and pinot meunier) would succeed in Trento’s particular, mountainous climate, where the cold nights help preserve desirable acidity in the grapes.

Along with those three, Trentodoc wines may also include pinot blanc, which, according to Letrari, adds to the aromatic profile and creates wines with additional fullness, especially in Riserva selections.

When I asked Letrari what sort of local dishes he recommended to pair with Trentodoc wines, his answer was a bit of a surprise. He mentioned crauti e luganega, a dish common to the region made with cabbage, sausage, and pork chops. If this sounds decidedly more Austrian or German than Italian, that’s basically because it is.

Formerly part of the Austro-Hungarian empire, the area of Trentino-Alto Adige has always balanced both aspects of its border-dwelling personality. “We’ve always been a territory with an aspiration to be a part of Italy, but also to remain independent from our motherland,” explains Letrari. This, in my opinion, also helps to explain the unique character of the people who make Trentodoc wines. To pair an elegant wine with a humble, substantial food represents “an expression of a way of life; a joy of life,” says Letrari. 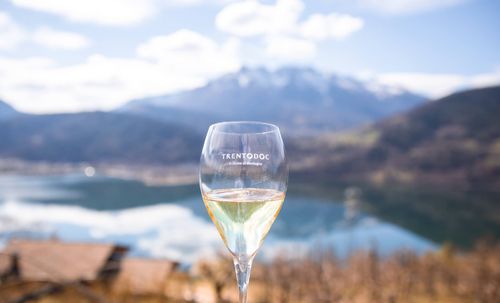 Which leads to the final, and perhaps most important point. While Trento DOC is the official geographical classification for classical method sparkling wines made in the area, “Trentodoc” actually refers to a consortium of winemakers within Trento DOC who share common values within the region. The Trentodoc seal is available to any winemaker from the region who wants to participate in the cooperative, regardless of the size of the operation. The Os in the Trentodoc logo are meant to look like the action of remuage, or the systematic turning of the bottles during secondary fermentation, to emphasize the wine’s classical method production. The wines have been around for a long time, but the consortium brand only dates back to 2007.

The collective represents an almost socialist approach to raising the value of the entire region, which is important both economically and agriculturally. Economically, the region was a previously poor area, which is now dependent on wine production not only for sales but for tourism in the area. Agriculturally, everyone has a stake in the ongoing success of everyone else’s vineyards, to promote on-going responsible farming, stave off vineyard vacancies, and prevent landslides on the slopes.

Letrari explains the importance of the Trentodoc consortium toward the ongoing success of the region. “Being together as a collective was the best thing that we were able to do, because it attracted attention. Individual producers could have had success with their own brand, but the territory would remain unknown. The idea was not to give advice in anyone’s production or marketing, the idea was how we could communicate to the world the special character of the territory that is reflected in our wine.”

Yes, you can pair your potato chips & donut holes with wine. Here’s how

Previous Story:
The hottest real estate markets of 2022 (so far)
Next Story:
The world’s most humid cities

About the Author / Pamela Vachon