The most popular royal family members

After 70 years on the throne, the British public considers Queen Elizabeth II to be the best of the Royal bunch, according to a recent poll from Ipsos.

The Queen passed away Thursday at the age of 96 at Balmoral Castle in Scotland. According to the Ipsos poll, 45 percent of respondents said that she was their favorite member of the family. The second favorite was Kate, the Duchess of Cambridge, who was named by 34 percent of respondents, followed by William, the Duke of Cambridge and likely future King, with 31 percent. It may come as no surprise that Prince Andrew, who was embroiled in the Jeffrey Epstein scandal, followed in last place, with a lowly 2 percent of mentions. 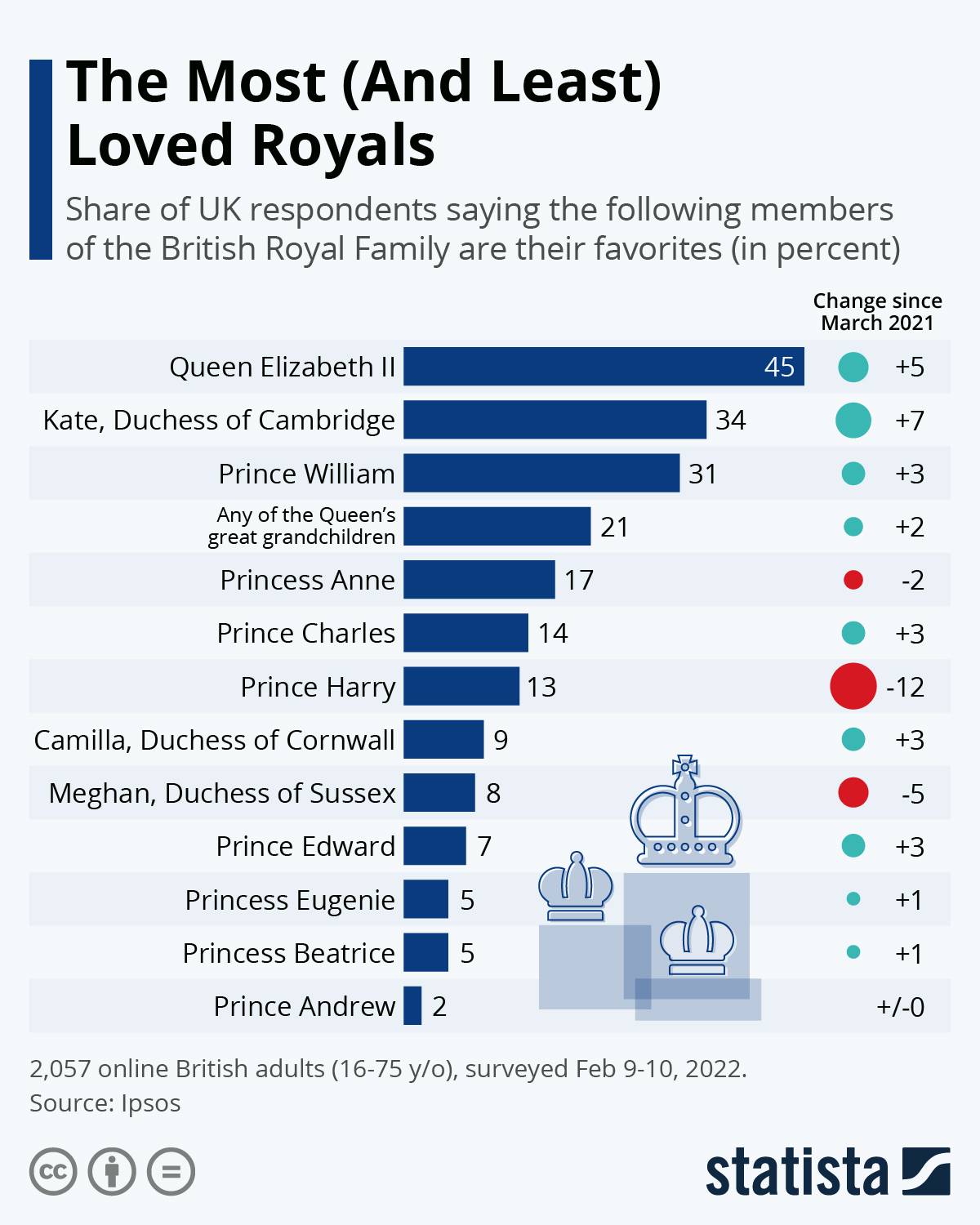 As our chart shows, Prince Harry and his wife Meghan, the Duchess of Sussex, both fell down the rankings since March 2021, losing 12 percentage points and 5 percentage points, respectively.

The same survey found that only 22 percent of Brits said abolishing the monarchy would be an improvement, versus 46 percent who believed that getting rid of the royal traditions would be worse on the whole for Britain in the future. Older people who voted Tory in the 2019 election were more likely than other groups to be against abolishment, at 68 percent, while the biggest group that was pro abolition was the 18-34 year olds, at 31 percent.

Brits have seemingly become more interested in the Royals as time goes by, with 56 percent of people saying they were interested in news about the British Royal Family in February 2022, versus 51 percent in March 2021, and 45 in March 2018.