These are America’s oldest presidents

Joe Biden is the oldest U.S. president at 78 years of age, older than Ronald Reagan when he finished his second term.

According to the White House, the average age of presidents upon inauguration is 55 and Theodore Roosevelt was the youngest when he took office after William McKinley’s assassination in 1901 at the age of 42. The youngest elected president in history is John F. Kennedy who was 43 when he was sworn in. Before Biden was elected, President Trump was the oldest elected U.S. president, and he was aged 70 at the time of his inauguration. Previously, Reagan was the oldest, aged 69. 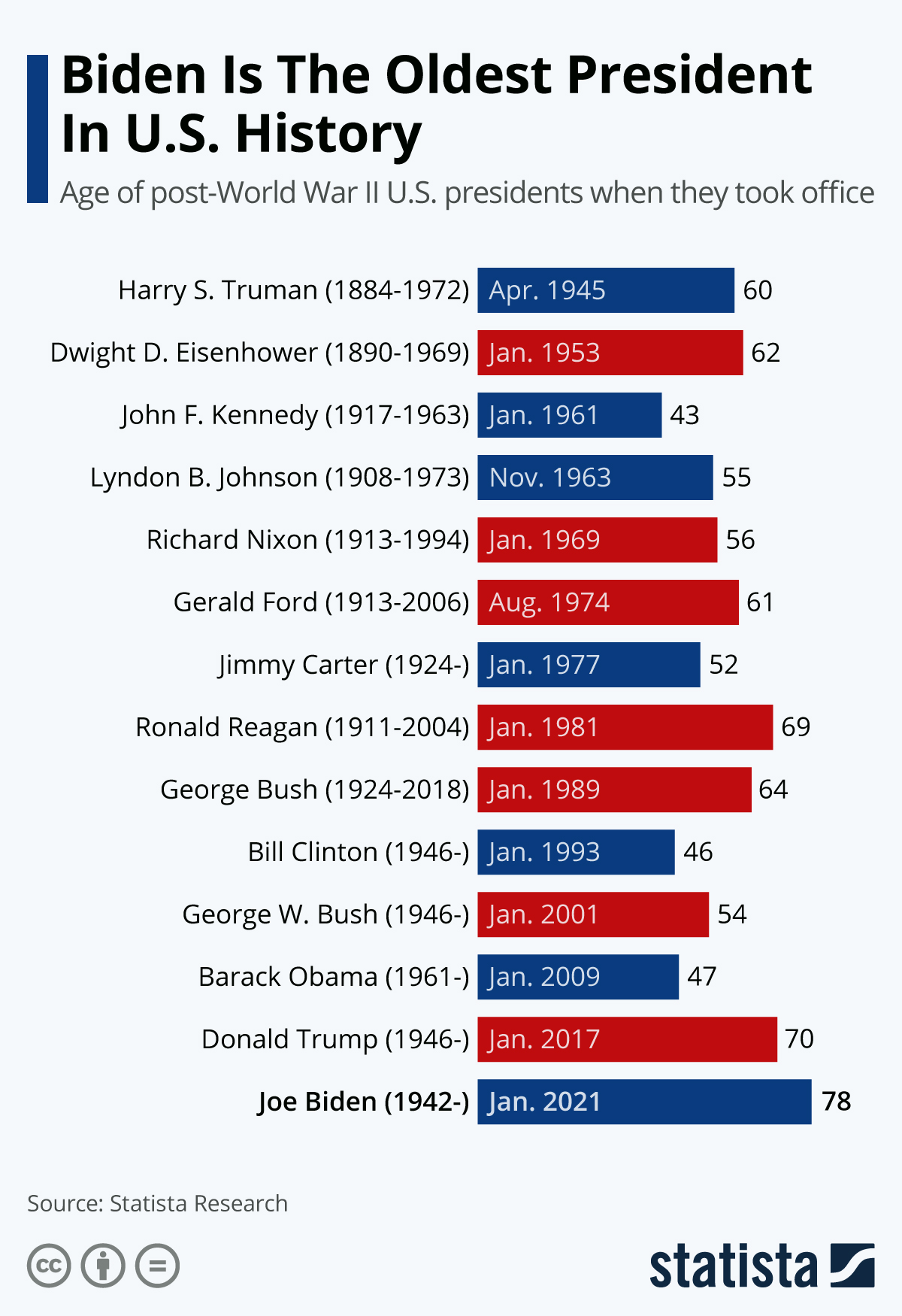 Biden’s age was a controversial topic on the campaign trail and Republicans have claimed he is already experiencing a cognitive decline which could result in Kamala Harris, aged 56, taking power prematurely.

When asked about his age on ABC’s “The View,” Biden agreed that it is a legitimate question. “Hopefully, I can demonstrate that. .. with age comes wisdom and experience that can make things a lot better. That’s for you all to decide, not for me to decide”, Biden stated.

In December 2019, a report from Kevin O’Connor, Biden’s doctor, declared that he is “a healthy, vigorous, 77-year-old male, who is fit to successfully execute the duties of the Presidency.”

Memorably, the age issue also plagued Reagan in his quest for a second term and he used it to turn the presidential race on its head during his second debate against Walter Mondale. When asked if age should be an issue during the debate, Reagan answered that “I will not make age an issue of this campaign. I am not going to exploit, for political purposes, my opponent’s youth and inexperience.” Both the audience and Mondale erupted in laughter and the joke is credited with helping Reagan win the 1984 election in a landslide.

Previous Story:
How ‘long Covid’ is hitting Americans in the wallet
Next Story:
Is a multi-family home a good investment for you?