These are the most common Social Security scams out there 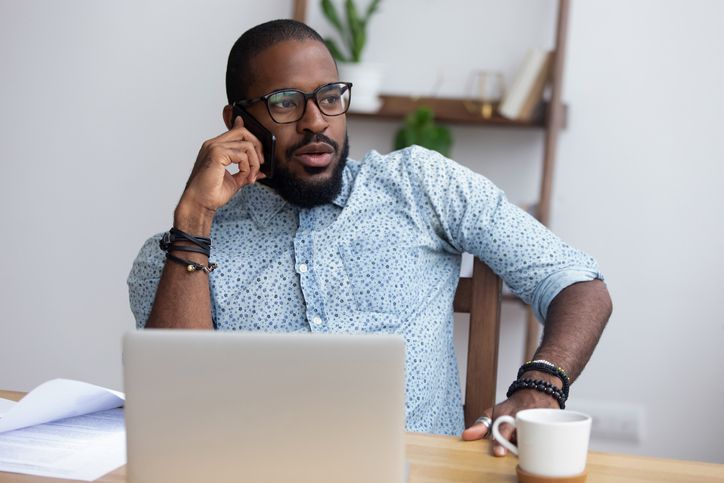 Social Security fraud now constitutes the top scam in the U.S. The Federal Trade Commission said it has received nearly 1.3 million reports of scammers posing as government agents since 2014, more than any other type of fraud reported in that time frame. In the first three months of 2019, nearly 65,000 incidents of attempted scams were reported and almost all of them involved someone pretending to be from the Social Security Administration.

These scammers create a sense of fear or urgency in their victims, either by warning them of a catastrophe—like imminent loss of benefits—or by offering to help with something they need—like a medical device. They make it sound as if there’s no time for the victim to check out their claims.

The Social Security Administration is fighting back, and in late 2019 unveiled a newonline form to help people report suspected fraud. But just as consumers have to create habits around other kinds of security, locking their doors and hiding their passcodes, they need to guard against the threat from Social Security scammers to them and to their loved ones.

If thieves get hold of your Social Security number, they can use that to get medical care under your name, which you can be billed for and may affect your health insurance. They can open credit or banking accounts in your name, file for a tax refund, or steal your government benefits. You may not know any of this is happening until the thieves’ creditors start demanding money or until you are notified that “you” have violated some law or regulation.

Consequently, it’s important to make a habit of monitoring your accounts, including bank accounts, investment, and credit card accounts, and your online Social Security account. Where possible, set up alerts so that you will be notified when there’s unusual activity. And when you see something strange, follow up. The longer a thief is able to use your identity before you detect it, the more damage they may do.

Here are some of the more common ways scammers are trying to gain access to Social Security accounts:

Through emails, phone calls, and texts, scammers will contact you about various prizes or problems they hope you’ll find compelling. Then they will ask you to verify your identity by giving your bank account number, the last four digits of your Social Security number, your mother’s maiden name, your date of birth, or other personal information. They collect this data and either use it to steal your money or they sell it to other scammers.

If you are not eligible for a free Social Security card, buying one is not legal.

The phone is a favorite medium for scammers. These scam phone calls come in many different forms. The caller may tell you that your Social Security number has been suspended because of suspicious activity, or because you have been found guilty of a crime. They may say you need to send a payment immediately in order to stop your Social Security payments from being canceled, or to avoid being arrested.One such message sounded fairly official at first but ended with:

“Now if I don’t hear back from you, I will have to issue an arrest warrant under your name and get you arrested….”

Real agencies don’t talk like that. Real agencies don’t threaten arrest over the phone, tell you your Social Security benefits are in jeopardy, or ask for money over the phone. If you owe money to an official government agency, they will tell you so in a letter and give you instructions on how to pay through official channels. They certainly don’t insist that you suddenly convert all the money in your accounts into gift cards and then give someone the codes, although that’s the new preferred currency of scammers.

In some cases it seems these scams are obvious, but scammers count on the fact that people who are afraid may act in haste and not think clearly. And many people contacted by these scammers have some form of dementia or are in other ways ill-prepared to defend themselves.

When scammers use technology that allows them to show an official Social Security phone number on their target’s caller ID, it’s known as Spoofing. Spoofing also allows scammers to mimic email addresses of agencies like the Internal Revenue Service, Social Security, and others to convince you that they are legitimate.

A good rule of thumb is to never give anyone who calls or emails you unexpectedly your personal information. This includes information about a bank account or social security number. If you think a call might be legitimate, hang up and call back on the organization’s number listed on their website.

Email scams take many different forms. Someone might contact you from an email that seems to be from a federal agency, such as Social Security, requesting information or verification of information. They may ask you to go to another site by clicking on a link that allows them to steal your data. Or they may announce you’ve won the lottery or that you’re eligible for an investment or a prize. In general, according to the OIG, no government agency or reputable company will call or email you unexpectedly and request your personal information, or request advance fees for services in the form of wire transfers or gift cards.

Phishing is a common scam in which the scammers include a link in an email or a text message—or sometimes a social media message—and when you click on that link it installs malware on your computer that allows them to collect data about you from your device. One of the most common phishing scams guides users to a fake government website that’s supposed to protect you from Social Security fraud, but in fact steals your data.

While more high-tech approaches have become prevalent among scammers, some still use the U.S. mail. Scammers will send a letter that appears to be from an official agency suggesting victims get “extra security” and asking for personal information such as a Social Security number or bank information, and asking them to pay a filing fee.

How to detect and avoid scams

If anyone is contacting you and asking for personal information, financial information, or requesting a payment. You can be almost certain it’s a scam if they are  threating you with some dire consequence, like being arrested.

If there’s a problem with your Social Security record, Social Security will mail you a letter and, if they require payments, they will give instructions for doing so in that letter through normal channels.

One of the ways to protect your finances is to carefully monitor your credit scores. It is free to use certain services like Credit Karma. It’s also important to review your credit card statements for suspicious charges. These can be a sign that someone is using your personal information.

How seniors can protect themselves

One way to protect yourself and loved ones from fraud is to sign up for alerts about emerging fraud tactics from the Office of the Inspector General. In addition:

Don’t answer the phone for numbers you don’t know.

Other steps to protect yourself:

What to do if you’re a Social Security scam victim

If you are scammed, you should report it immediately. You may report suspicious activity or communications claiming to be from the Social Security Administration here.

If you have been the victim of a phone scam, you can report it here. This is the Office of the Inspector General for the SSA.

If you believe you have been a victim of an IRS Impersonation Scam, please report that activity to the Treasury Inspector General for Tax Administration.

The FTC also has many resources to help you report and recover from identity theft, at ftc.gov/idtheft

Unfortunately, Social Security recipients seem to be the biggest target of thieves these days. It’s crucial for Social Security recipients and their loved ones to set up security around their finances and be vigilant against potential attacks just as they would be vigilant about their physical safety. Much as agencies like SSA are working to protect consumers, there are many new types of attack and scams that arise every day. Consumers must work with the agencies to protect their financial security.

This article originally appeared on SimplyWise and was syndicated by MediaFeed.org. 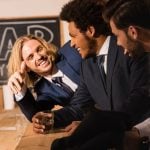 Previous Story:
28 facts about men you may not believe are true 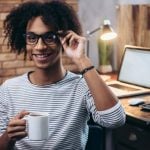 Next Story:
Can I deduct the cost of a home office?

About the Author / Susan Lahey