This generation has the most LGBTQ+ members

Eight percent of online U.S. adults (18-64) identify as homosexual or bisexual, while another two percent prefer pansexual, asexual as their self-identification. This is according to data from the Statista Global Consumer Survey and, as our chart shows, the proportion of people who do not identify as heterosexual is significantly lower among the older generations. 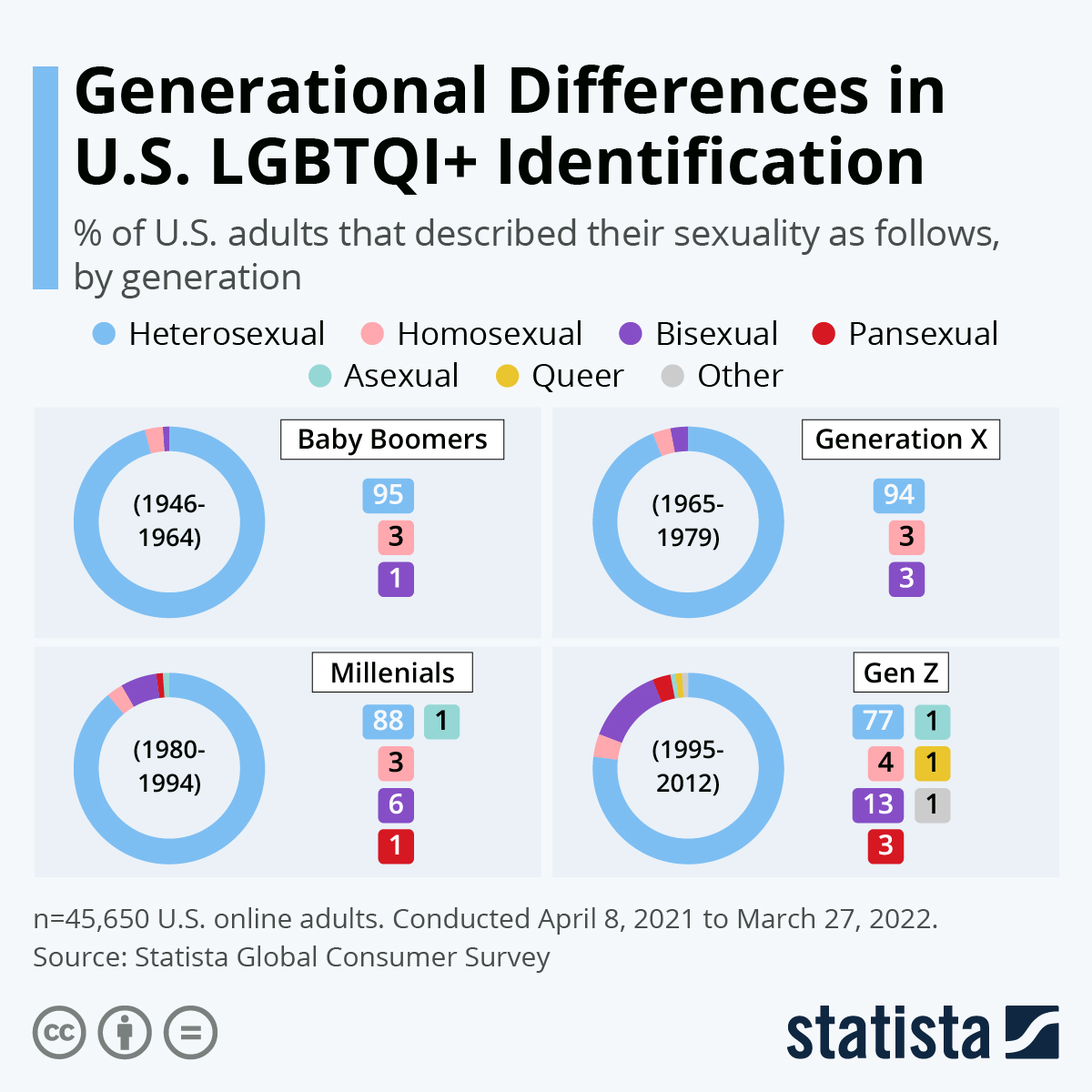 In the Baby Boomer group of participants, 97 percent see themselves as heterosexual. In Generation X, the figure is 94 percent. The first major generational shift can be observed among Millennials. For those born between 1980 and 1994, the figure is 88 percent.

Another jump is then made when looking at the Generation Z results. Here, just 77 percent identify as heterosexual. The most common non-heterosexual response among Generation Z participants was bisexual, at 13 percent.

The differences between the generations for those identifying as homosexual was minimal — three percent for all except Generation Z, with four percent.

Previous Story:
Does your dog actually need sunglasses? Maybe
Next Story:
Apple, Costco & Google: These are the world’s favorite US brands