This is how many foreign-born politicians are in Congress

Republican Mayra Flores has been called as the winner of a special election in Texas’ 34th Congressional District, flipping the seat and making her the first Mexican-born woman ever to be elected to Congress. The health practitioner received significant support from her party, which outspent Democrats 20 to one in the race, according to CNN.

The outlet called the campaign “an effort to project growing strength with moderate and conservative Hispanic voters in South Texas.” Flores will serve the remainder of the term her predecessor, Democrat Filemon Vela, vacated and would have to run for reelection in the midterms this year. Her campaign website describes her as pro-God, pro-life, pro-Second Amendment, pro-law enforcement and pro-border security. According to Rolling Stone and Vice, she has used QAnon-related hashtags in the past. 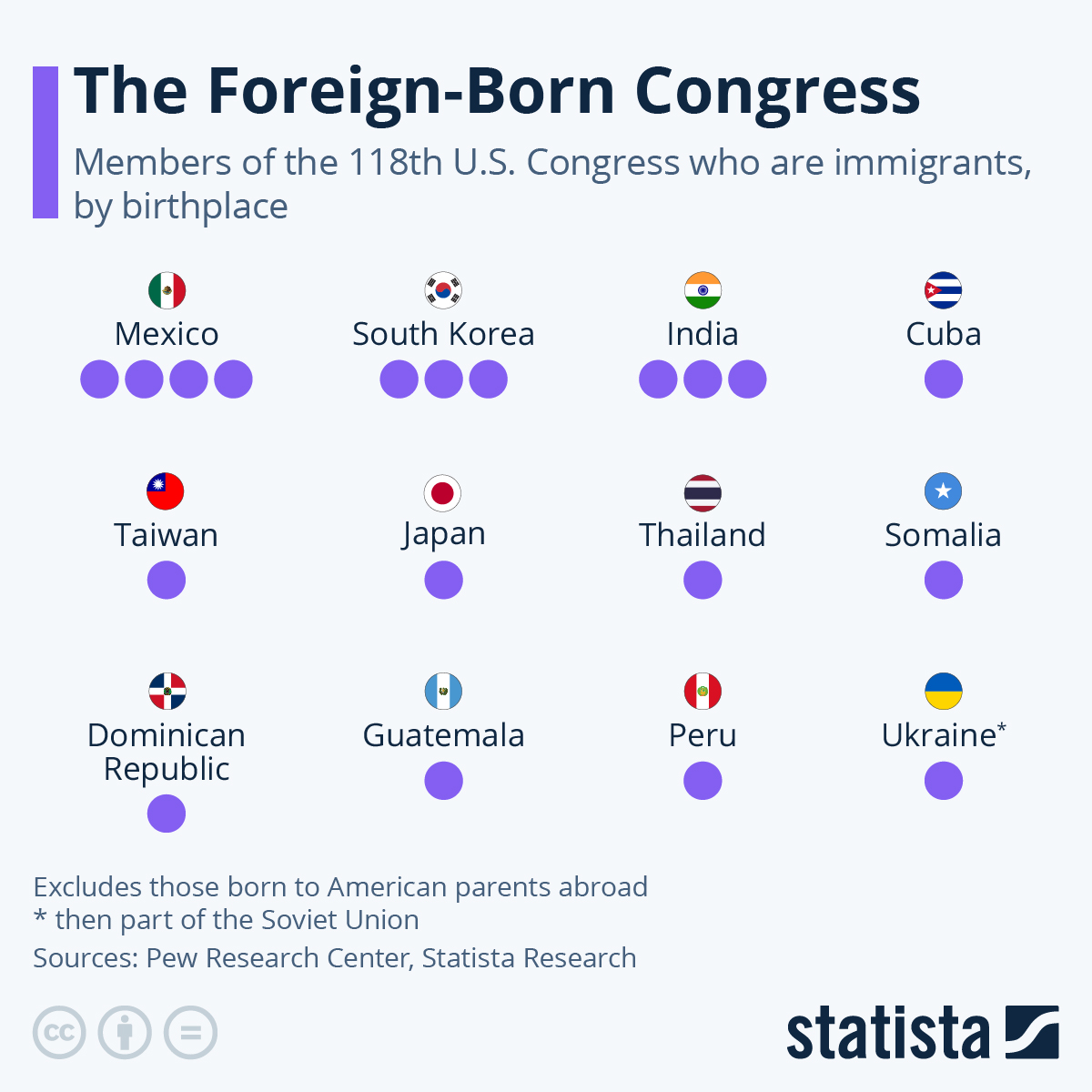 A report by Pew Research Center shows that those born in Mexico are the biggest group of foreign-born members of the current 117th Congress. It includes three more Representatives who are naturalized citizens from Mexico: Jesús G. “Chuy” García (D-IL), Raul Ruiz (D-CA) and Salud Ortiz Carbajal (D-CA). The report excludes those members who were born abroad to American parents.

According to Wikipedia, there have been some naturalized U.S. citizens from Mexico in former Congresses as well, including one Senator, but all had been men.

The second-biggest group of current foreign-born members of Congress are immigrants from South Korea. Two more immigrant Representatives each hail from Cuba and India, the latter including Pramila Jayapal (D-WA). The lone naturalized Senator, Mazie Keiko Hirono of Hawaii, was born in Japan. The member of Congress born in Somalia is Ilhan Omar (D-MN).

Current members of Congress who were born abroad to American parents are actually almost as numerous as those who were naturalized. They include Senator Michael Bennet of Colorado, who was born in India while his parents were posted with the State Department, Senator Tammy Duckworth of Illinois, who was born to an American serviceman and a Thai mother in Bangkok, Thailand, as well as Senator Ted Cruz of Texas, who was born in Canada to an American mother and and a Cuban father, and Rep. Dan Crenshaw (R-TX), who is the child of American parents working abroad in Scotland at the time of his birth. Considering former members of Congress and former cabinet members, the most prominent foreign-born examples are former Senator and presidential candidate John McCain, who was born in Panama (then the Panama Canal Zone) to American parents stationed with the U.S. Navy and former Secretary of State Madeleine Albright, who was born Marie Jana Korbelová in Czechoslovakia before emigrating to the U.S. with her parents and becoming a naturalized citizen around the age of 20.