This is what Americans are investing in right now

A familiar pastime appears to be returning in the U.S., proliferated by the COVID-19 pandemic. A new survey from a financial data company shows how investing in the stock market is America’s favorite way to participate in long-term investments. 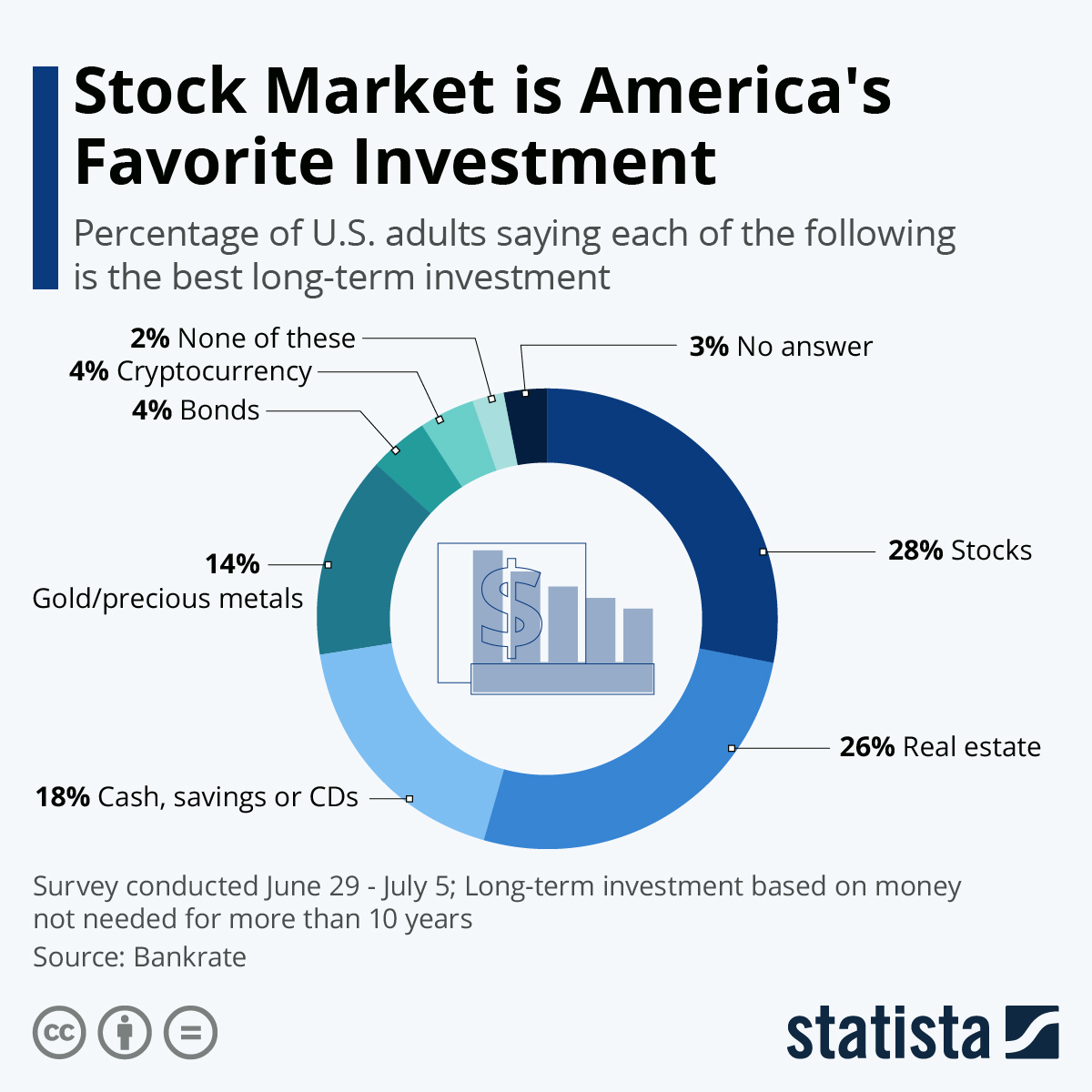 In a new survey from Bankrate, 28 percent of U.S. adults say they prefer to invest in the stock market for money they don’t plan on using for the next 10 years. Following closely behind at 26 percent is real estate investments. Traditional cash, savings accounts and certificates of deposit yielded just 18 percent in the survey, while precious metals were 14 percent. Other investments, including cryptocurrency and bonds, were just 4 percent.

The preference for long-term cash investments was down 19 percent from last year, while investments in gold and precious metals was up for the second straight year.

After a strong crash in late February following the initial arrival of COVID-19 in the U.S., the stock market has climbed its way back to nearly pre-pandemic levels. New investors and a continued confidence in the market has fueled this quick recovery, and according to Bankrate, millennials are among the most confident investors during this coronavirus period.

About 24 percent of millennials said the pandemic will make them invest more aggressively long-term, compared with just 16 percent of Gen X adults and 7 percent of the baby boomer generation.

Previous Story:
Picnic recipes perfect for a day at the beach
Next Story:
Your loved ones can go out with a bang with this ash cannon

About the Author / Willem Roper