This may be the perfect console for aging gamers

When I saw the initial teaser announcement for the Nintendo Switch, my immediate thought was that Nintendo had simply conceded the field to Sony and Microsoft. The Switch looked underpowered and gimmicky. However, it also looked like a very good option as a second console.

Now that I’ve watched the full reveal and seen some of the early titles in action, specifically as an aging gamer, the Nintendo Switch is appealing to me more and more.

“Hardcore gamer” is kind of a nebulous term, but I think there was a time that I would have considered myself one. It wasn’t just that I played ultraviolent games, like Raven Software’s Soldier of Fortune (look for my upcoming Throwback Thursday on this one!), but I would also play games over and over again with the borderline obsessive focus of a speed runner. I would leisurely beat The Legend of Zelda: A Link to the Past in a single playthrough when I had nothing else to do on the weekend. I would also challenge myself to beat Contra on NES without dying…eight times in a row. When I got older, I slavishly carved out time for Warcraft III ladder matches, even when I climbed high enough that the game could spend 10 minutes searching for suitable opponents.

As I grew older, I could definitely feel my hardcore status slipping away. I was no longer competitive in first-person shooters or real-time strategies. My reaction times and precision had eroded beyond repair. I no longer had the patience for puzzles that had esoteric solutions. And while I had previously always selected the most brutal difficulty settings, I was now settling for default. I admit that some of the changes in my behavior were likely due to philosophy changes in game design, like higher difficulties that were meant to punish instead of challenge, but overall, I mostly just lost my edge. On top of that, priorities were changing.

It was one thing to miss class or delay writing a paper so that you and your friends could have a couple more rounds of Goldeneye. It’s another thing to have reports due for your boss that will be presented to the VP of your department. These days, if I’m gaming past 10 p.m. on a weeknight, I’m always scrambling to get to the next save point because all I can think about are what meetings I have scheduled for the next day. I can only imagine the situation is worse for a gamer raising kids.

All of this is to say that, as an aging gamer, I’m ready to move into a new, simpler phase of gaming. 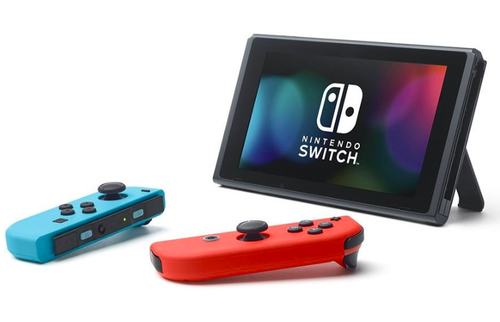 The rise of simplicity

Even without the changing priorities that come with age, I think any gamer will eventually be shaped as the video game industry wills it on a long enough timeline. And ever since the gaming platforms co-mingled and cross-pollinated, the trend has always been to gravitate toward the lowest common denominator. No gaming segment experienced this more pronouncedly than PC gamers.

My much beloved “leaning” in first-person shooters was either missing altogether or reduced to an interaction with an object that I first had to “stick” to. These changes and other similar decisions didn’t feel like they were solving a problem with the game; they felt a compromise one segment simply had to live with.

While some game series have managed to maintain their complexity over the years, like the open world, sandbox games, and other series are returning to form, like the Deus Ex series, we can still see other franchises streamlining themselves into oblivion, like the Thief, Dragon Age, and Fallout properties. It’s amazing how much was reduced between System Shock 2 on the PC and its spiritual successor Bioshock which was a cross-platform release eight years later. The point of all this is to explain how the video game industry will shape the gaming experience to accommodate the most popular platform. And while this may simply seem like the bitter complaints of a disaffected PC gamer in the age of consoles, PlayStation and Xbox owners had good cause to be worried once upon a time.

Even as late as 2012, the Nintendo Wii was still dominating console sales. Who could have predicted that motion controls could boost a relatively underpowered console to the top of the sales chart? The Wii’s popularity drove Sony and Microsoft to create their own versions of motion controls, birthing the Move and Kinect respectively. I understood the business decision, but I had hoped for the sake of the industry that motion controls would not live beyond one console generation.

Fortunately, the Wii and Wii U weren’t powerful enough to run the AAA franchise titles that are the lifeblood of consoles, and motion controls largely faded into the background. But who knows how close we were to having features and gameplay like this as permanent fixtures in gaming?

I would be lying, however, if I didn’t admit that I have been conditioned by the gaming industry to appreciate modern simple conventions over the past. This truth is never more obvious than when I fire up GOG on the weekend and jump into an old 3-D Realms game I didn’t get to finish in my childhood.

I would sometimes get lost in a level, unable to find the exit, frustrated and wondering if I had broken the game by skipping a trigger using my jetpack or jump boost to explore part of the map before I should have. And reaching for 9 or 0 was a pain, especially during a firefight. I longed for the weapon select button that would slowdown the game and let me choose from eight weapons by pointing in its direction. So even though I have intellectual arguments against these modern conventions, instinctually, I look for them.

The Switch at the Crossroads

Interestingly, the lowest common denominator is no longer an underpowered console; it’s a mobile device. Smartphones and similar devices, like tablets, are everywhere. And the games that are played on them are as simple as they come. This easy access and low barrier for entry is exactly why they are so popular. How many hours did I spend playing Angry Birds? How many more hours did others spend playing Flappy Bird? Even Nintendo developed a one-button game for the iPhone. The Nintendo Switch looks to be an extension on that initial mobile device gambit.

With that said, the Switch does check off many of the boxes that appeal to several segments, but notably older gamers who are craving and conditioned for quality simpler games that don’t require a large amount of time invested to enjoy. 1-2-Switch looks intuitively fun, and I can see a lot of laughs to be had with my young nieces and my aging parents. Arms also looks like an easy game to get into and, as long as the controls are responsive, could be a great way to blow off some steam after a long day.

And, if I’m being honest, Has-Been Heroes really does look a game that was made for mobile but is being elevated as something more for the Switch. Whatever it is, it looks simple, quick, and fun, which is exactly what I’m in the market for. After years of quick time events, endless runners, and Clash of Clans, and with just enough free time for those types of interactions, I think I’m part of Nintendo’s target market.

When I want something more – and have the time for it – I’ll use my primary gaming machine, which is my PC. But given how little I’ve been using it over the last few months, I suspect the Nintendo Switch will get more mileage.

This article originally appeared on Gamerterra.com and was syndicated by MediaFeed.org.

Previous Story:
Here’s how much that dream exotic car will cost you
Next Story:
Most Americans are (begrudgingly) back in the office