This woman is turning a bobby pin into a home. Here’s how 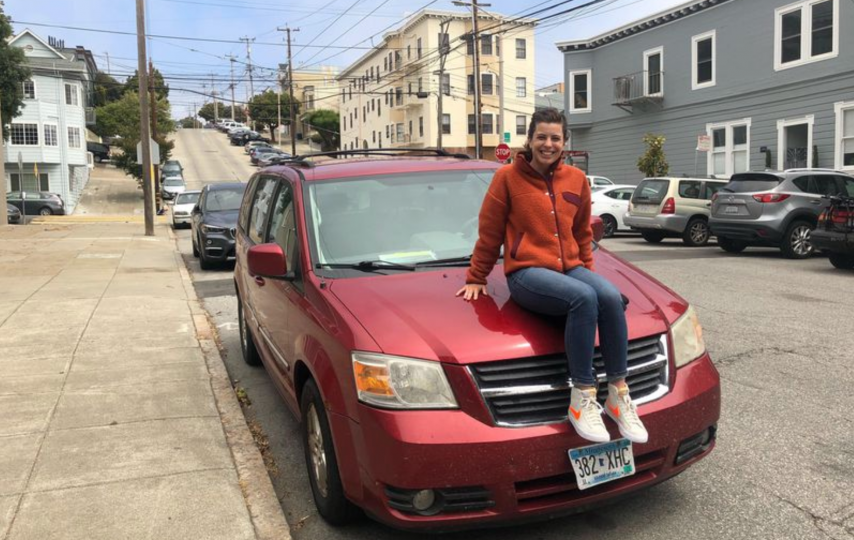 Money has been around for centuries — even before the advent of written history — but it hasn’t always been the easiest or even best way to get goods and services. The barter system, in which people trade goods or services for other goods or services, can sometimes offer more flexibility.

And as one San Francisco woman is proving, this system is still alive and well.

Demi Skipper, 29, is on a quest to trade her way to a new home. She started with a bobby pin and, in just two months, has managed to trade her way to an item valued at $2,700. She’s also become a bit of a celebrity on the social media app TikTok for taking on this project. She now has more than 3.7 million followers watching as she works her way from bobby pin to home.

Skipper’s effort has inspired some copycats, of course, including at least one who has spoofed the whole thing, trying to trade down instead of up. But it’s the guy Skipper got the idea from who is really inspirational.

More from MediaFeed: Here’s the most famous person born in every year of the 20th century

Inspiration & the trick of the trades

Back in 2005, Montreal resident Kyle MacDonald successfully traded his way up from a red paperclip to a house. He did it by first trading the paperclip for a fish pen, then a homemade doorknob.

Here’s the rest of his trade saga:

The doorknob led him to a camp stove, followed by a 100-watt generator. The generator brought him an empty beer keg and an illuminated Budweiser sign. That landed him a snowmobile, which he then traded for a two-person trip to Yahk, British Columbia.

He gave away the second spot on the trip for a box truck, and then — perhaps oddest of all — he traded the box truck for a recording contract with a company in Ontario. He gave that up for a year’s rent in Phoenix, which he then traded for an afternoon visit with musician Alice Cooper.

Instead of enjoying a gab with Alice Cooper, he traded the afternoon date for a KISS motorized snow globe. That led to a trade for a role in the film Donna on Demand. And THAT is what finally allowed him to trade for his two-story home.

Skipper thought if MacDonald could pull it off all of those years ago without the reach that social media allows today, there was no reason why she couldn’t as well.

“I think in quarantine things are a little bit crazy, and I was watching YouTube, and a lot of TikToks, and you know I came upon Kyle MacDonald’s video where he traded a single paperclip for a house and I figured ‘You know, I could probably do this,” Skipper said in an interview with NBC Boston.

Here’s how she’s fared so far:

As of June 20, she’s made a total of 14 trades — the same number it took MacDonald to get his house.

She traded the bobby pin for a pair of earrings, then a set of margarita glasses, then a Bissell vacuum, which she restored and traded for a snowboard. That landed her an Apple TV 4k, which she traded for an Xbox.

She then traded up to an Apple MacBook Pro, and then a Canon T6 EOS camera with 2 lenses, an SD card and a battery pack/charger. Then followed a series of collectible sneakers, an iPhone 11 Pro Max and then a 2008 Dodge Grand Caravan. That’s when she started really getting noticed.

Skipper’s trade of the iPhone 11 Pro Max for the Caravan owned by a couple from Minnesota, grabbed the attention of news outlets around the country. They’d agreed to drive the van all the way to San Francisco to make the trade with her, and the camera crews were there to capture it.

“I think now it’s different with a vehicle, something you can actually drive around makes it feel even that more real,” Skipper said in an interview with Good Morning America.

It turns out the couple she traded with had been following her journey on TikTok and felt compelled to be a part of it. Unfortunately for Skipper, the car had a lot of problems.

Skipper had three days to trade the car before the city was going to tow it, so she had to act fast and get rid of it. She ended up finding someone interested in the car willing to repair it, and in exchange he gave her a Booster Board V3, valued at $2700.

At the time of this writing, Skipper was looking to trade with one of her followers. So if you’re interested in a Boosted Board and want to get her one step closer to a house, make sure to slide Skipper a DM in her TikTok account @trademeproject.

Check out these articles from MediaFeed: 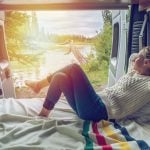 Previous Story:
Want to live in an RV full-time? Consider these drawbacks 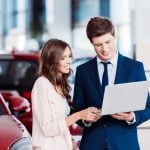 Next Story:
Here’s why you should get pre-approved for a car loan