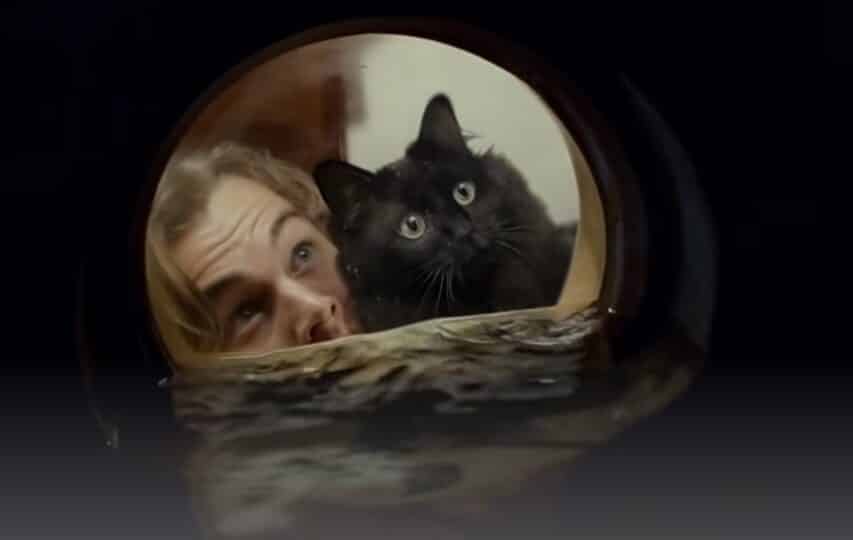 Deep fake videos are all over the internet these days ,and while some can be downright scary, this one is just hysterical.

Picture it: Jack and Rose on the Titanic. We know it so well don’t we? The fancy dress party,  the car where Jack and Rose spend some “quality” alone time, the dolphin spotting from the bow of the ship and being king of the world. Jack drawing rose like one of “his” French girls…

It’s a lovely film — the third-highest grossing box office haul of all time. But could it be improved? Could anything make one of the most beloved movies of all time better?

Very simply, yes. Apparently. All you have to do is swap out Kate Winslet for another beautiful, talented, Oscar-winning actor (OK, I made that up) with puffy black hair and chin whiskers.  Someone very much like talented superstar OwlKitty! Yes. Oh, yes (no offense to the immaculate Winslet. Really).

Watch as OwlKitty invades Winslet’s role to capture DiCaprio’s heart. See OwlKitty’s graceful dancing face. Indulge yourself in OwlKitty posing for Jack. Delight when OwlKitty lets Jack freeze to death while she rests on a door that is clearly big enough for both of them! Experience OwlKitty’s screen presence in a way you’ve never seen  before. Enjoy a movie you’ve seen 36 times now made completely new by taking out the Oscar winning actor and replacing her with a black cat.

Previous Story:
Watch this rooster protect a coop full of hens from a hawk
Next Story:
10 ‘clever’ life hacks that don’t actually work