What issues are on voters’ minds for the US midterm elections?

Every month, Gallup asks U.S. adults what they think is the most important problem facing their country. In July, ‘inflation‘ was at the top of the list with ‘government/leadership, both on 17 percent. The economy in general rounded off the top three worries, but it is the addition of two new issues to the top end of the list that is arguably the most interesting aspect of the data. 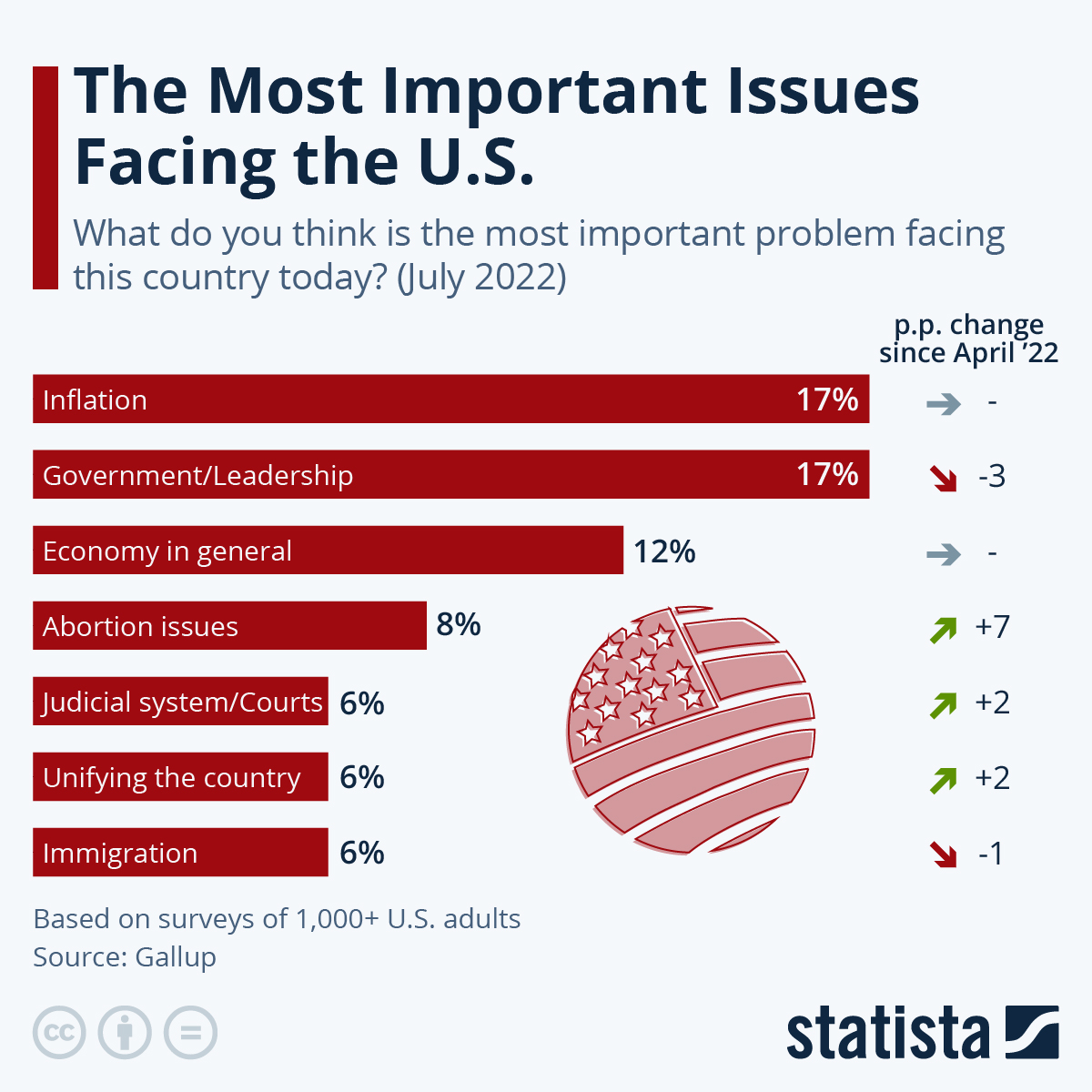 ‘Abortion issues’ went from just 1 percent of respondents in April to 8 percent in July, representing a record high. Likely in connection to the Supreme Courts decision to overturn Roe v Wade – the landmark 1973 ruling that legalized abortion nationwide – a second apparent symptom of that seismic announcement is the uptick observed in respondents citing ‘judicial system/courts’ as the most important problem facing the country.

These are two issues that are generally split down partisan lines. As Gallup reports, the rise in perceived importance of these two issues is “driven primarily by the concerns of Democrats and Democratic-leaning independents, 13 percent of whom say that abortion is the nation’s top problem. This puts abortion in second place on the list of Democrats’ concerns, just behind the government at 15%. By contrast, 4% of Republicans and Republican leaners mention abortion.”

This article originally appeared on Statista.com and was syndicated byStatista.com.

Previous Story:
10 ways to save money while still having summer fun
Next Story:
Will interest rates go up if there’s a recession?