1-in-3 American workers have stopped saving for retirement 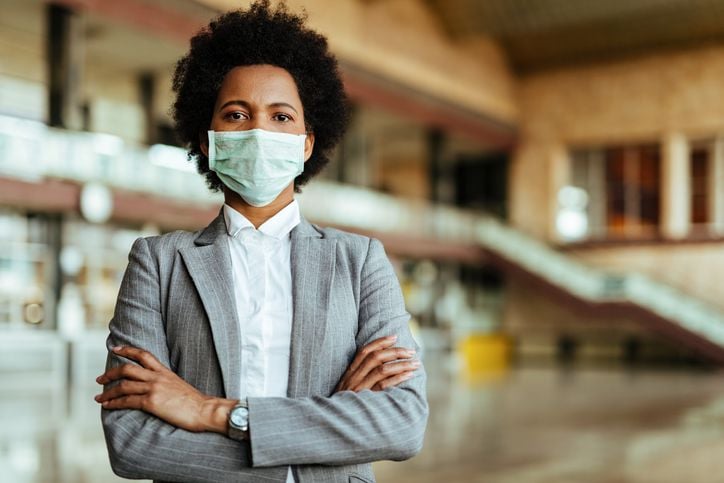 For many Americans, saving for retirement is a luxury they simply cannot afford right now. Although investing for the future is essential, COVID-19 has left millions across the U.S. concerned more about the present as they struggle to cope with record unemployment and unprecedented economic uncertainty.

In the second annual FinanceBuzz retirement survey, we look at how the coronavirus is impacting retirement goals, as well as how much Americans are able to save during these turbulent times.

Retirement goals are ill-defined for most Americans

While setting clear retirement savings goals is a crucial first step to saving for retirement, far too many Americans have found themselves unable to define their objectives. In fact, 38% of Gen X and 35% of millennials report having “no idea” how much they need to save for their golden years.

One reason for the confusion — there is a substantial gap between when most people believe they’ll be able to retire and when they’d prefer to do so. While many Americans would prefer to retire at either age 50 or 55, most believe they realistically won’t be able to do so until either 65 or 70.

With as many as 15 years between what people desire and what they believe they’ll be able to achieve, it can be hard to chart a clear course towards an exact savings goal.

Americans are getting a late start on retirement savings

Sadly, without sufficient savings, many Americans may find themselves in the situation they fear: Having to work late in life because they have too little savings.

As many as 21% of Americans have not started saving for retirement, including 45% of Gen Z and 20% of millennials.

Among those putting aside money for the future, 34% are saving 6-10% of their income for retirement, and 29% are saving only 1-5%. Most experts recommend a savings rate of at least 10%.

Saving enough is often difficult or impossible for younger Americans coping with substantial financial burdens. But waiting to save or saving too little reduces the effects of compound interest. Since compound interest enables exponential growth over time, those who start saving for retirement late will need to invest significantly more money to end up with the same nest egg as their peers who began investing earlier.

With millions of Americans already behind on retirement savings, COVID-19’s detrimental effects are especially troubling. Sadly, 27% of Americans told FinanceBuzz they decreased or stopped contributing to their retirement accounts due to the recent pandemic and economic fallout.

For many Americans, getting furloughed or laid off due to COVID-19 is the primary reason for decreasing retirement contributions. Fourteen percent of survey respondents indicated their ability to save was affected by a job loss.

While the CARES (Coronavirus Aid, Relief, and Economic Security) Act provided expanded unemployment benefits of $600 weekly through the end of July, these additional benefits have expired. Lawmakers in D.C. have struggled to compromise on plans for continued assistance. Unfortunately, the abrupt end to the extra benefits will likely result in many jobless workers seeing their incomes drop dramatically. More people may soon find themselves forced to pause retirement account contributions.

More troublingly, 9% of survey respondents were forced by the pandemic to withdraw money from retirement savings.

It isn’t surprising many Americans turned to their retirement accounts, as the CARES Act eased restrictions on borrowing from a workplace 401(k) and making a withdrawal before the traditionally required age of 59 ½.

Under the CARES Act, the amount workers can borrow doubled from $50,000 to $100,000 or 100% of vested funds. The customary 10% penalty is also waived for early withdrawals. Those who do withdraw funds will still be taxed at their ordinary income tax rate, but can pay the taxes over three years or reinvest the withdrawn funds during that period without affecting future contributions.

While these CARES Act provisions reduce the consequences of tapping into retirement savings, those who borrow or withdraw funds will still experience an adverse financial impact in the form of potential lost returns on the money that is no longer invested.

COVID-19 isn’t the only roadblock to retirement savings

The data is clear that Americans aren’t making the choice not to save for retirement. Instead, difficult financial circumstances have left many unable to invest for the future, even before the pandemic.

As many as one in three Americans told FinanceBuzz they are not earning enough money to save for retirement. Debt is also a huge roadblock to saving, including both student loans and credit card balances.

Twenty-five percent of all survey respondents and 44% of millennials report their educational debt has affected their efforts to save for retirement.

And while student loans have an outsized effect on millennials’ ability to save, credit card debt appears to affect two generations to an almost equal degree. Thirty-nine percent of millennials and 37% of Gen Xers indicated their card balances have prevented them from saving.

While early retirement may feel out of reach for most Americans, it’s a goal many people are interested in achieving. In fact, early retirement is so desirable that many would be willing to make substantial sacrifices to achieve it.

To retire 10 years sooner than their current trajectory, 32% of Americans indicated they’d go two full years without buying anything new except essentials such as groceries. A full 29% would move to an area with a lower cost of living, and 27% would take either a second or a third job in exchange for being able to leave the workforce a decade sooner than planned.

Sadly for our furry friends, a surprising eight percent of Americans also said they’d give up their pets. At least animal companions fare better than coffee or alcohol, which 23% of survey respondents would be willing to forego if doing so meant they could stop working 10 years ahead of schedule.

While Americans may be tired of staying at home, 26% would be willing to quarantine for an additional six months to open the door to early retirement.

If leaving the workforce early is important to you, there are ways to achieve this goal. You can choose to emulate the frugality and saving behaviors of those in the FIRE movement, though you’ll likely need to make tradeoffs and sacrifices along the way.

How to know if you’re on track for retirement

Many of the tradeoffs Americans report they’re willing to make are not just hypotheticals. There are indeed a substantial number of people who cannot save for retirement because their incomes are too low or their debt obligations are too high. However, millions of others could boost their retirement savings by giving up purchasing some non-essentials, moving to a cheaper place, or working an additional job.

But to identify what steps you may need to take to get on track for retirement savings — and potentially open up the door to early retirement — you need to take a few key steps, including calculating how much to save and beginning to invest your money.

While most experts advise setting aside 10% of income in a 401(k) or other tax-advantaged account — and you can adopt that number as a simple shortcut to setting savings goals — you can also start with much less. Investing just 1% of your income allows compound interest to start working for you and helps you establish good saving habits so you can more easily increase contributions over time.

Of course, while it’s possible to make some sacrifices in normal times, millions have been left barely hanging on due to the effects of COVID-19. If you’re one of them, you have nothing to feel bad about if you can’t contribute to your 401(k) in a recession. You’re definitely not alone, and when better days come, you’ll have time to get back on track. 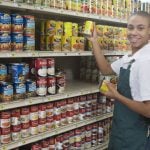 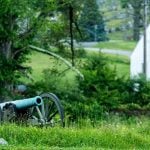 About the Author / Christy Rakoczy