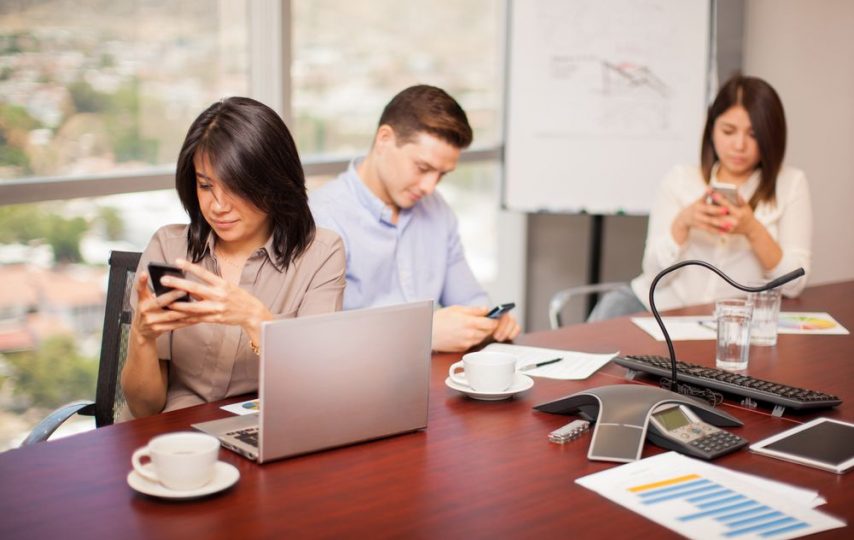 Sure, you’ve heard of Marie Kondo and her book The Life-Changing Magic of Tidying Up. But the war on clutter has multiple fronts. For instance, what about the digital clutter in your life?

First, a definition: digital clutter is a time suck on your computer, tablet, or smartphone that doesn’t contribute to your professional or personal life.

It’s an alarming push notification that sends you to a news story you’ve already read too much about, unopened newsletters that crowd your inbox, or five hours spent on Facebook.

It doesn’t include intentional entertainment, like a much-needed Netflix session with your spouse after a long day at work. But it does include that time last weekend when you were supposed to pay your bills, but instead watched videos on YouTube all afternoon.

Robby Macdonell is the CEO of  Rescuetime, a service that shows you how you spend your time electronically. When he thinks digital clutter, two distinct forms come to mind.

“One is the desktop with a million different icons on it,” he says. “The other type is all of the information streams, moving clutter. The things that are hitting you from all different angles, trying to capture your attention throughout the day.”

The latter, he says, “are really problematic if they’re not kept under control.”

1. Heed the hallmarks of clutter 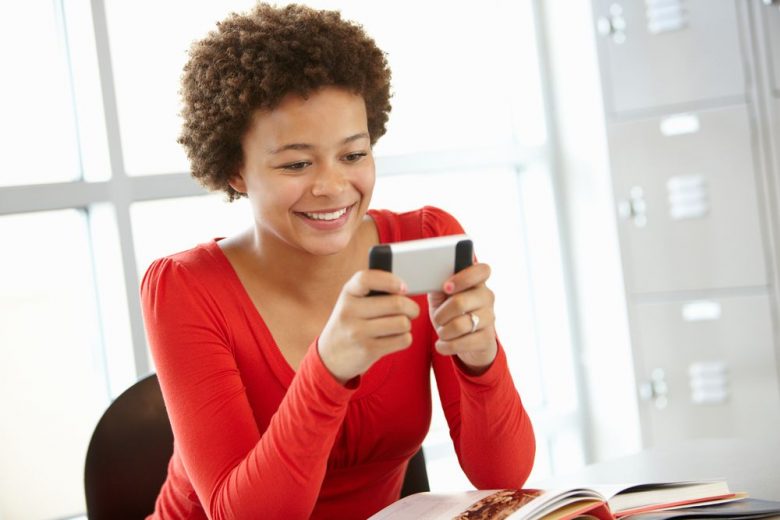 The human brain likes to scan its environment for new opportunities and contacts in any given moment, a callback to an earlier time when forging new connections was vital to our survival. The pings and buzzes of notifications—hallmarks of digital clutter—take advantage of our evolutionary hardware.

Linda Stone, a former employee at Apple and Microsoft who’s now on the board at MIT Media Lab, coined the phrase “continuous partial attention” in 1998.

Scott Hartley, a venture capitalist and author of The Fuzzy and the Techie, says a constant bombardment of information has led to a loss of agency. You’re deluded into thinking you’re deeply involved in a number of conversations, but you’re actually just partially, continuously attentive at a very shallow level.

“We’re maybe focused on one thing for 30 seconds,” says Hartley. “And then we receive a notification or ding from some other app, and suddenly we’re pulled in that direction.”

According to data from Rescuetime, the average person checks email or messaging services like Slack once every five minutes. A constant environment of digital clutter—in the form of electronic interruptions—creates a work environment rife with more stress, more effort, and more frustration.

“Right now, the thing that most people don’t realize is how little time they have in the normal work day to actually focus in an uninterrupted way,” says Macdonell. “They don’t realize the impact that has on performance.”

2. Clean up your desktop 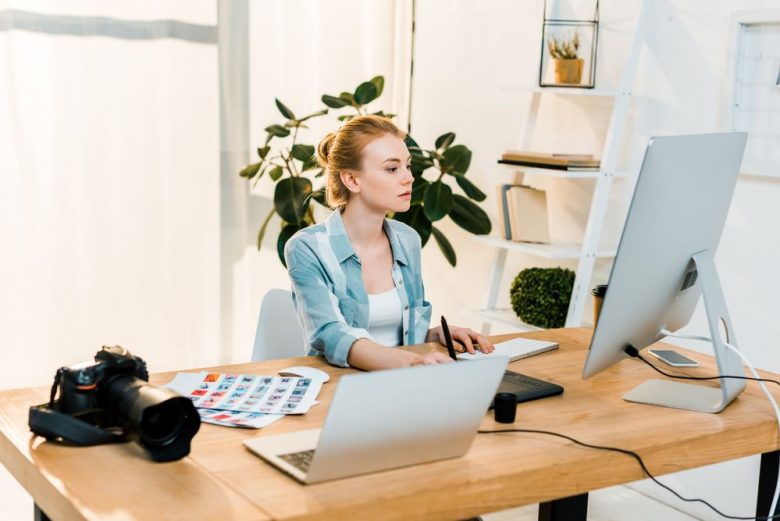 Like a clean physical desk, a clean desktop home screen creates a more tranquil space. But if it’s cluttered with applications and documents, this can create a sense of imbalance.

“If you have 200 icons on your desktop, can you go through and put them into folders?” Hartley says. “It makes the experience of being on your computer that much more focused.”

You’ll want to set aside some time to implement a sustainable system for organization—Lifehacker has some good choices. But if you’re pressed for time and need a quick fix, clear everything out.

Do this by creating a new folder on your desktop. Call it anything you want. Then, drag and drop every un-filed document on your desktop into this folder. 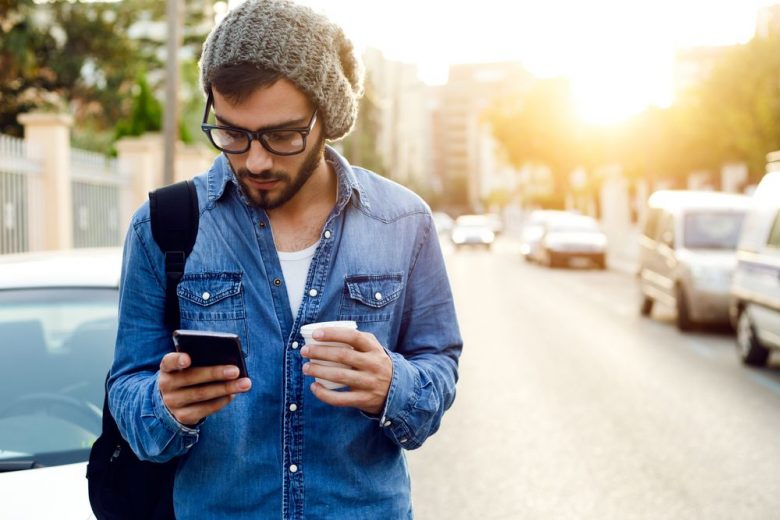 Do the same thing for the apps on your phone’s home screen.

Create folders for groups of apps, then drag and drop each app into a corresponding folder.

Move all of these folders onto the second, third, or fourth page of your home screen. This will make you have to tap two or three times to get to them, instead of just once, making it harder for you to get sucked in.

If there’s an app you need to have fast and easy access to, and it isn’t designed to hog your attention (a finance app, for instance), feel free to keep it on your home screen, outside of a folder.

But don’t allow apps that hoover up your time to remain on your home screen, Hartley advises. 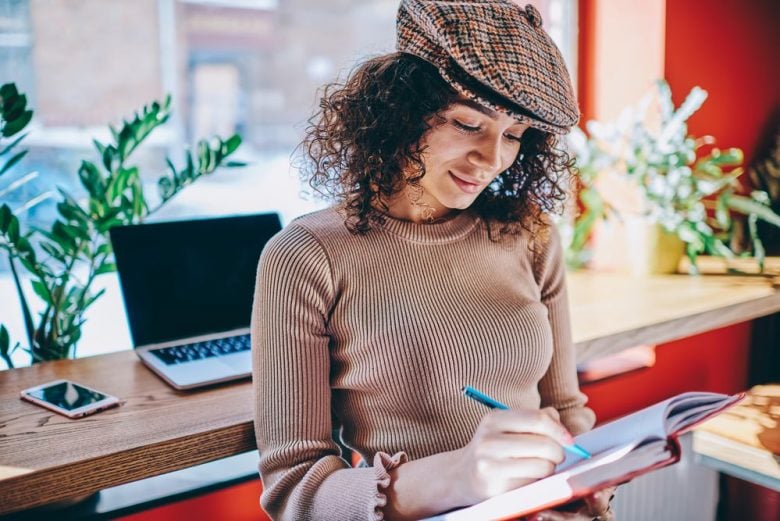 Christina Crook, a digital wellness expert and author of  The Joy of Missing Out: Finding Balance in a Wired World, has a unique tip for staying on-task in the face of digital clutter.

On a piece of paper, “write a list of the things you want to get done online before you open up your computer,” she says. “Be ruthless with that list.”

By keeping a list and using your computer only to get the list done, you drastically reduce your likelihood of getting sucked into mindless surfing.

5. Build barriers to getting online 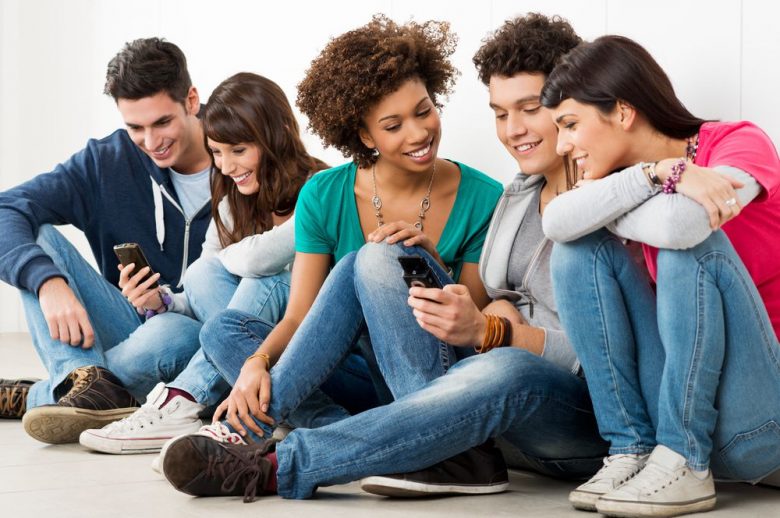 Creating folders is a good start, but you can take things a step further to protect your attention.

“I’ve removed the Facebook app from my phone,” Hartley says. “I still use it periodically, for things like Messenger. But I generally have to go to the Safari browser and put in my password. It creates a little bit of a barrier—a bit of a friction point—where I don’t do it waiting on line at Starbucks anymore.”

By introducing extra steps—in this case, having to log in to Facebook through a web browser—you’re forcing yourself to stop and think: Is it really a good idea for me to be on social media right now?

6. Don’t use your phone as an alarm clock 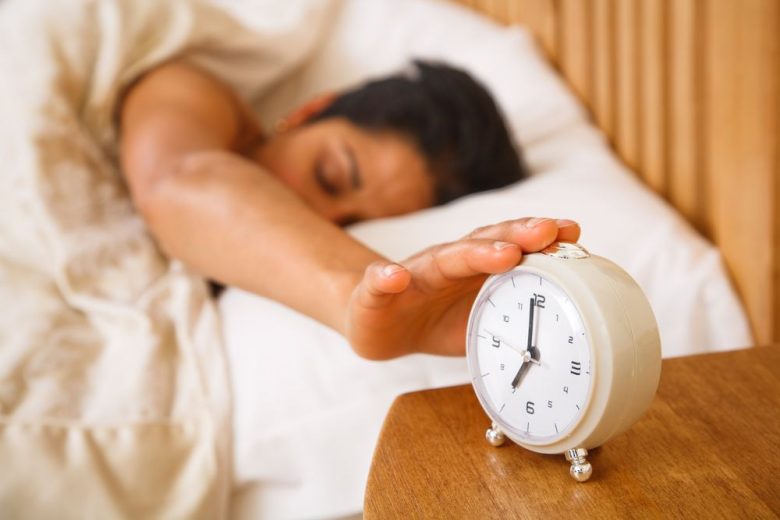 “I put it on a charger in my kitchen, and I don’t have it in my bedroom,” Hartley says.

If the first thing you do in the morning is grab your phone and turn off the alarm, you can very quickly find yourself in your email inbox or scrolling through social media. Put your phone in a different room, and use an old-fashioned alarm clock to wake yourself up. 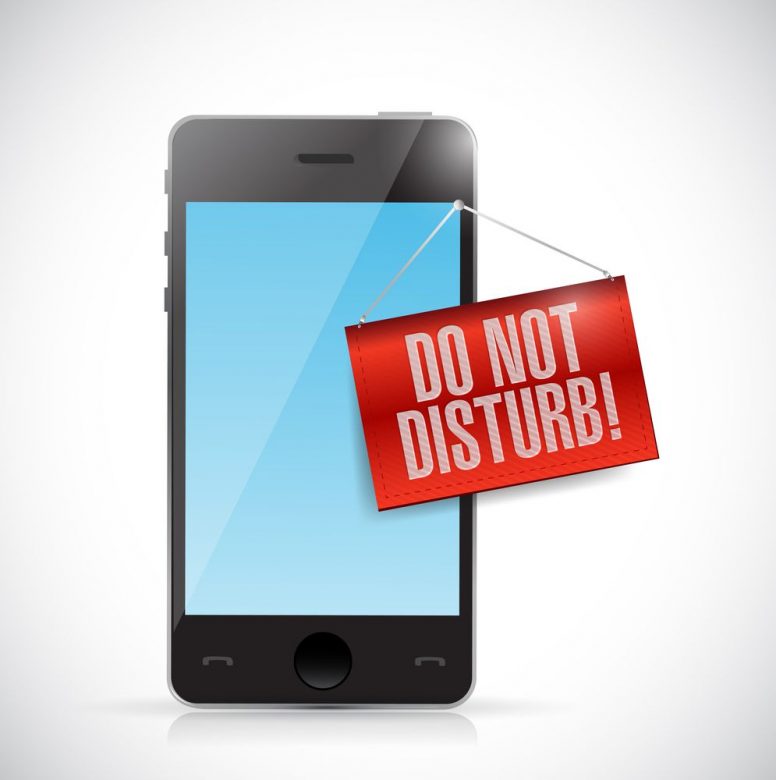 “Getting friendly with your device’s do not disturb feature is huge,” says Macdonell.

By turning it on, you silence calls, alerts, and notifications when your phone is locked. Most devices, including computers, have them. It keeps you on task and away from being interrupted.

8. Let your iPhone help you 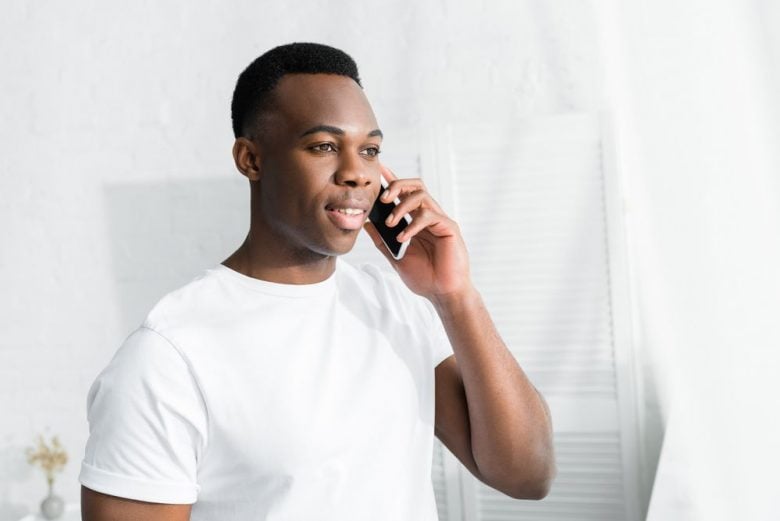 Screentime, a newer iPhone feature, allows you to monitor how much time you spend on your phone and individual apps.

“You can also set limits in there,” Hartley says.

If you like Instagram, but don’t want to spend more than an hour a day looking at pictures, you can set a 60-minute time limit for your daily Instagram usage.

“It will block you once you hit that limit,” Hartley says. 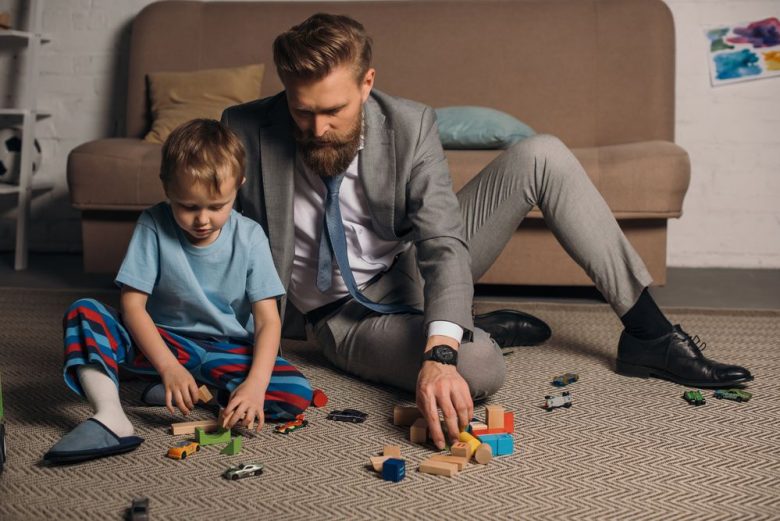 When you leave work, flip the switch.

The line between your work life and your personal life has never been blurrier. Texts and emails about work will be flooding in, even on nights and weekends. As a result, “clocking out” has become a foreign concept, and many workers feel like they’re always on.

But with so many interruptions during a normal workday—pings, chats, emails—actual work has never been harder to get done. People are being “thrashed around” by information streams, Macdonell says, and it’s hurting people’s personal lives.

“We see a horseshoe effect of people either coming in really early or staying really late because they didn’t feel like they were getting any work done during the day,” Macdonell says. “They have to let their most important work bleed out into their personal time.”

Over time, he says, that can lead to burn-out, upset whatever work/life balance you have, and harm relationships with your family. 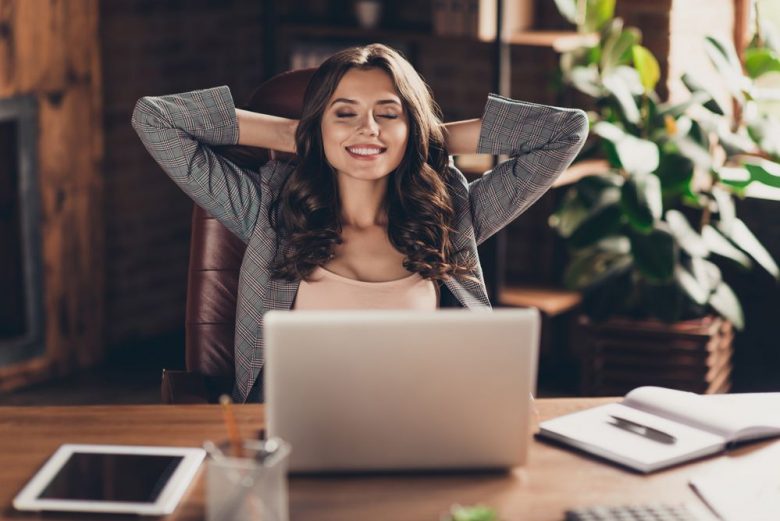 Cal Newport, the author of Deep Work, lists out his shutdown ritual here. It includes a mantra that he says at the end of the day, signaling to himself that he’s off the clock.

Crook has her own method of making the transition, one that’s especially useful if you work from home.

“Just stand for a minute outside and concentrate on your breath,” she says. 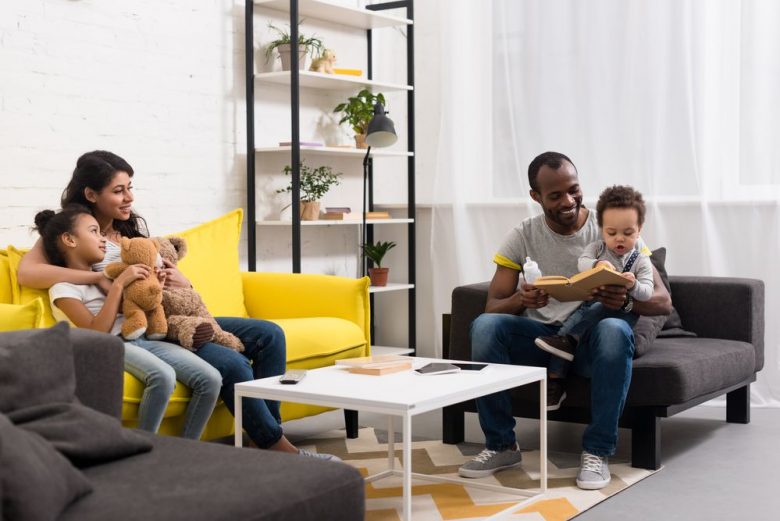 Design your home to engage with physical things—not just devices. Whether it’s reading, woodworking, or painting, those things can lead to more fulfillment and allow your to reset from a lot of screen time.

“We can have a place where we watch TV, but then there’s a quiet place where there’s no screens and no phones,” Hartley says. “Maybe you just have books, or you just have a guitar. A device bends to us, but we have to bend ourselves to a thing. If you learn to play the guitar, you have to submit to how it hurts your fingers at first.” 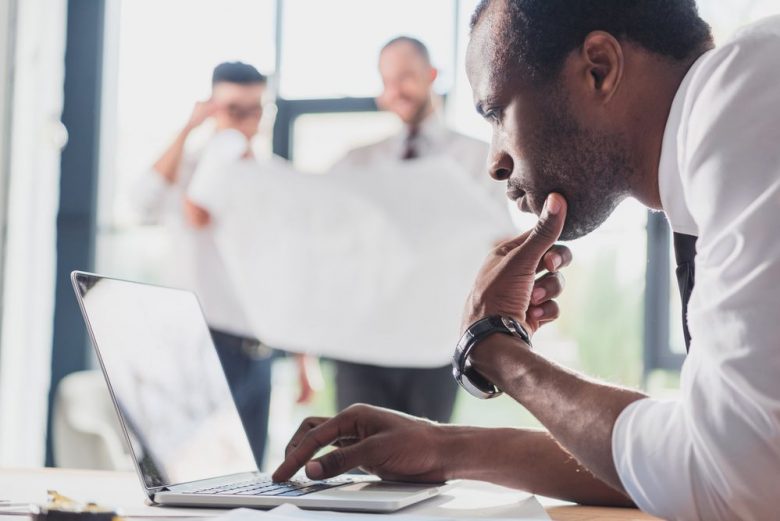 Keep in mind why you’re doing work in the first place. Maybe it’s because you’re truly passionate about your current project. Or maybe it’s just to clear off your to-do list so you can get home and spend time cooking with your spouse.

Crook says you need to find something that motivates you, the reason you’re doing work in the first place. Getting to the bottom of this reason isn’t easy for everyone, but Crook has a clear first step: a half day—or, better yet, a full day—completely away from technology. 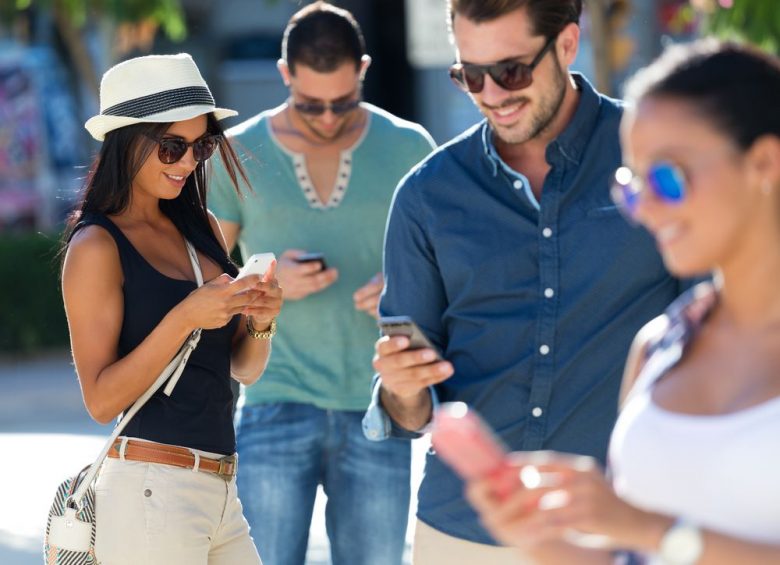 Remember this: these devices are designed to distract you.

“I look at my own behavior,” says Hartley. “I wish I could say I’m a robot and I can withstand any pressures of app notifications, but I react to them the same way that anyone else does.”

We’re all human, says Hartley. So the key to battling distraction is to stay aware and use technology in an intentional way. 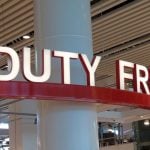 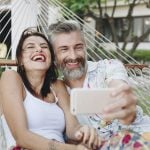 Next Story:
These are the best cities for early retirement

About the Author / Dan Fogarty