Yes, you should start retirement planning in your 20s. Here’s why

When you’re starting your career in your 20s, the last thing on your mind may be the end of your career and the retirement that comes …

Seniors, here’s why you really should exercise

Tihs article is intended for educational purposes only, and is not intended as a substitute for medical advice. For such advice, consult your physician or …

How much to save if you want to retire early

How much do you need to save to retire young?   It depends on how quickly you want to retire and your target budget in …

How much should you contribute to your 401(k)?

Once you set up your retirement plan at work, the next natural question is: How much should I put in my 401(k)? While there’s no …

Do Americans think they can afford medical bills after retirement?

Retirement is called the golden years for a reason. After a lifetime of hard work, it’s time focus on yourself and your hobbies and passions, like … 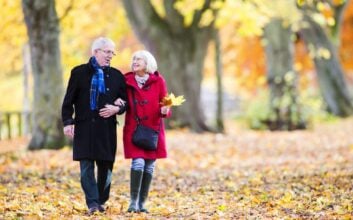 It’s never too early to start thinking about retirement. In fact, the more you do now, the easier retirement will be. Retirement can be …

These women are spending their retirement photographing sea snakes

Ah, grandmas … the sweet, retired dears. They are always knitting afghans and canning mysterious fruits, baking cookies, tending their azaleas and swimming a couple of …

Here’s how many Americans plan to pay for retirement

More than two thirds of employees in the United States expected their main source of retirement income to come from retirement plans, such as 401(k), 403(b) …

4 ways to protect yourself from forced retirement

While younger workers might have the luxury of finding new jobs with higher wages, the pandemic pushed many older workers to retire, according to a new … 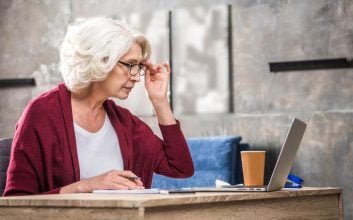 Cheap businesses you can start after retirement

After so much planning, you are finally living off your 401(k) and are looking for another string to your bow in terms of income.  However, since you’ve reached a …

How much money do you really need to retire?

There’s one thing you know for certain: you want to retire. However, the thought of calculating (and recalculating) exactly how much you need to make it happen can …

Here’s how much money you really need to retire

The venerable 4% rule isn’t as unassailable as many people think (as Ben Le Fort points out in this article). Image Credit: Prostock-Studio / istockphoto. Definitions and …

Should you really put your bonus into your retirement fund?

If you’re wondering what to do with bonus money, you’re not alone. Investing your bonus money in a tax-advantaged retirement account like a 401(k) has some tangible advantages. …

Want to retire early? You need to know about this rule first

Preparing for retirement is such an essential endeavor for anyone. In America, only 50% of people calculate how much money they should save for retirement, and …

The most luxurious retirement communities in America

You’ve worked hard, and now it’s time to live the luxury retirement lifestyle you’ve wanted. Imagine waking up each morning to stunning views of the mountains …

Yes, you can pair a hearing aid to your iPhone. Here’s how

If you’re one of the 30 million Americans over 55 experiencing some degree of hearing loss, you know just how frustrating talking on the phone can …

5 investment tips every retiree should know

A lot of personal finance advice is about saving for retirement. But the need for saving and investing doesn’t stop once you’re done working; seniors also …

Want to retire abroad? Here are 9 great countries to consider

Are you an American thinking of retiring abroad? If so, you’ll want to consider this list of countries that you can move to. Each country offers …

The last lingering sense of bipartisanship was on display last week in Congress. In a nearly unanimous vote, the House of Representatives passed a bill …

What are retiree loans & should I get one?

You might assume that once you’re retired, you can’t take out a loan — for a home renovation, a new car, or an emergency — …

Inherited a 401(k)? Here’s how to minimize taxes

Inheriting a 401(k) can add a wrinkle to your financial plan from a tax perspective. Under 401(k) inheritance tax rules, any assets passed on from …

The demand for an affordable senior living option is high. According to the Joint Center for Housing Studies of Harvard University, the biggest expense of seniors is …

Can you retire at 55? Let’s run the numbers

Can I retire at 55? It’s a question you might be asking yourself if you’re hoping to make an early exit from the workforce. While normal …

In a recent MoneyGeek survey, 40% of Gen Z respondents, those born between 1997 and 2021, said their biggest financial goals for 2022 are paying down …

When saving for retirement, you’ll typically have two choices for how you’ll fund your IRA. With a traditional IRA, you’ll contribute pre-tax dollars that will grow inside the …

This is how much you should be saving for retirement

How much you need to save for retirement depends on where you live and your individual situation. You’ll often hear the benchmark of $1 million as …

The traditional path to retirement was to put away a certain amount of personal savings, build a retirement fund — often with the help of an …

Boomers: Here’s where you can find the best travel discounts

Are you a senior citizen or a retired person looking for travel discounts? If so, you’ve come to the right place. In this post, we’ll share …