The five-story Harlem brownstone traces its history all the way back to 1908 and served as a speakeasy for Irish mill workers, a music school for girls, and a bed-and-breakfast. As Barney Stinson would put it, the home is “legendary!” 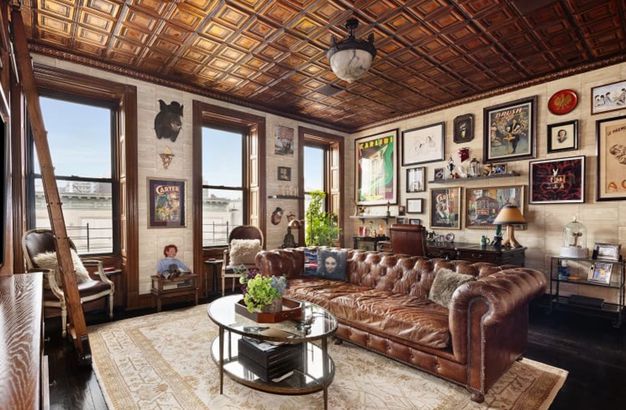 One of the most stylish celebrity homes in all of New York City has just hit the market.

Neil Patrick Harris and David Burtka have listed their Harlem home, a carefully restored 1908 brownstone that’s been heavily (and repeatedly) featured in tens of interior design magazines over the years. 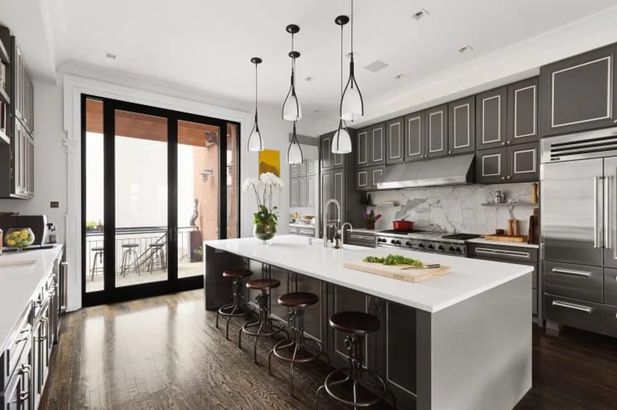 The couple bought the home in 2013 and have invested time, money and lots of love into converting and restoring the property — which was run as a bed-and-breakfast before they took ownership.

Now, Harris and Burtka are ready to part ways with their five-story Harlem home and move their family to East Hampton, where they own a 13.5-acre estate they bought a few years back for $5.5 million. And they’ve enlisted the help of Vickey Barron and Pacey Barron of Compass to find a buyer for their city home, which is now listed for sale with a $7,325,000 price tag. 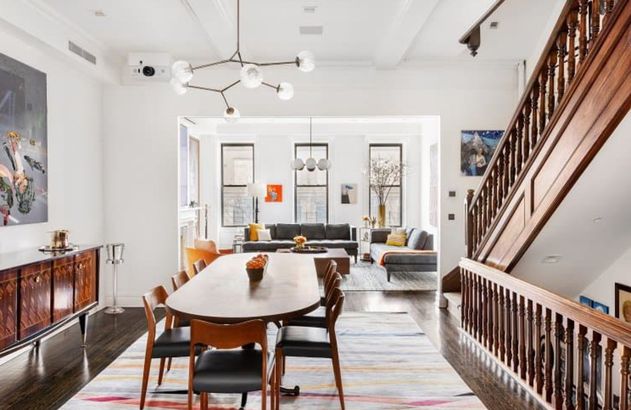 The couple bought the brownstone back in 2013 and embarked on a massive renovation project that lasted close to 14 months, Arch Digest reports. They moved into the five-story residence as soon as Harris wrapped up filming for How I Met Your Mother, where he played the suit-wearing ladies’ man and bro supreme, Barney Stinson.

L.A.–based interior designer Trace Lehnhoff, in collaboration with New York architect Jeffery Povero, worked to transform the space (which was previously operated as a bed-and-breakfast after serving stints as a speakeasy for millworkers and music schools for girls)  into a welcoming family home for the Burtka, Harris, and their two adorable twins, Gideon and Harper. 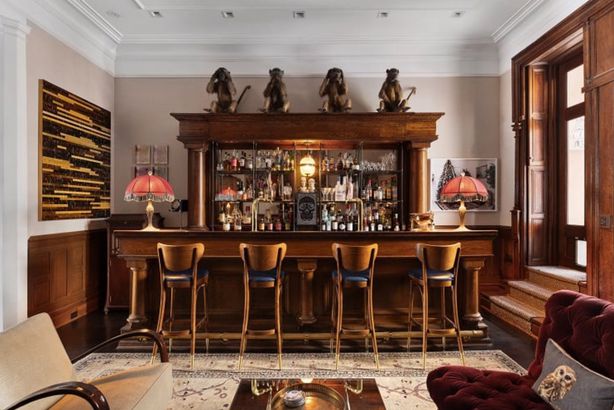 The restoration retained many of the building’s original features, while also rethinking the layout to turn it into a single-family residence. The area that saw the biggest transformation was the kitchen, which was dramatically reconfigured and equipped to meet David Burtka’s high standards.

Let’s not forget that Neil Patrick Harris’ husband (or Scooter, as How I Met Your Mother fans remember him) is not only a talented actor, but also a professional chef trained at Le Cordon Bleu, who previously worked at Mario Batali’s Greenwich Village restaurant, Babbo. 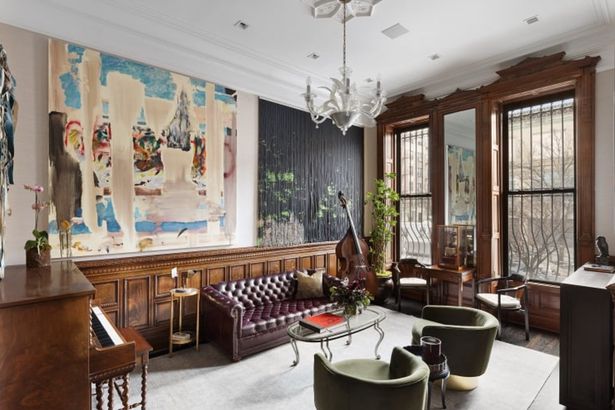 Visitors are greeted by an elegantly appointed parlor floor whose central hallway leads to the back parlor lounge outfitted with a gas fireplace (the first of the home’s three fireplaces). The centerpiece of this room is a vintage bar that was sourced from an old hotel and restored with new appliances and two fully functional built-in taps. 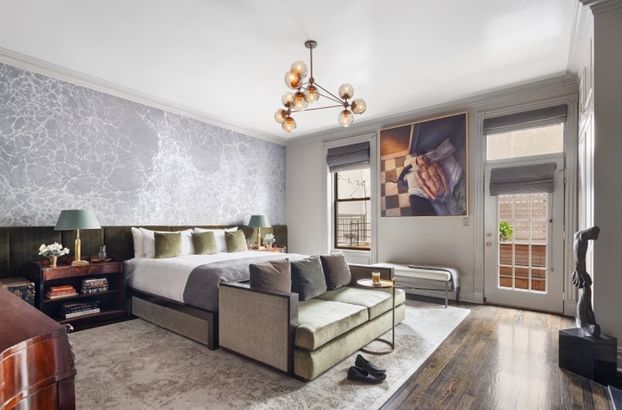 Jacuzzis and other amenities

The Harlem residence packs quite a few rooms in its 8,000 square feet of living space. Among them are four bedrooms, a library/den that can easily serve as a fifth bedroom, four full baths and two half-baths, a music room, home theater, laundry room and full basement with a gym, wine cellar and a playroom. Even the basement got its own minute of fame when it was featured on the Netflix show, Get Organized with The Home Edit.

The primary suite anchors the home’s third floor and comes with a gas fireplace, custom walk-in-closet and a stunning five-fixture bathroom outfitted with Nero Marquina marble, a double vanity and separate water closet. Right outside the door is a private outdoor Jacuzzi, which provides a quiet respite in the city. 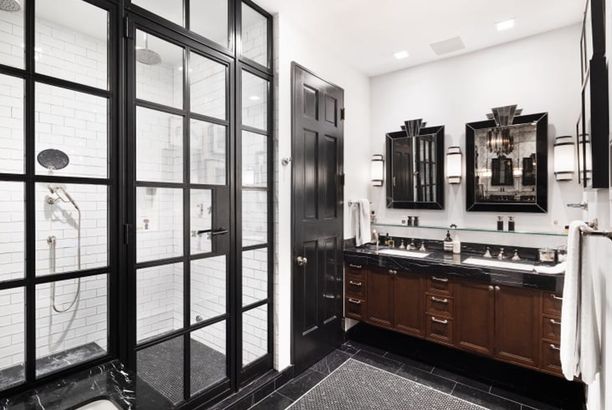 The top floor features three additional bedrooms and two bathrooms, as well as a large laundry room and a magical “secret” office. Hidden behind a trick door, the office opens by pressing the eyeball of a magician on a vintage poster, according to a 2016 profile of the brownstone by Architectural Digest.

Atop the five-story home are a fully furnished roof deck with a built-in gas grill, a dining table for eight under a wood pergola, and an irrigation system to maintain the lush garden and landscaping.

In fact, the home has a whopping total of 2,000 square feet of private outdoor space, including a terraced rear garden, the third-floor deck and the outdoor Jacuzzi off the primary bedroom suite. 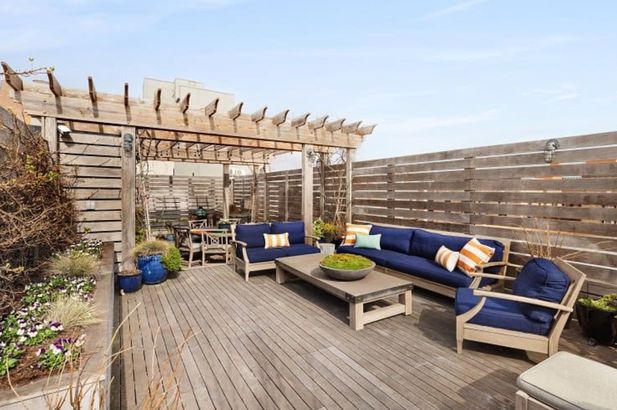 The garden level of the home is currently used as a production office and includes a 10-seat home theater.

In terms of location, the couple’s townhouse sits in Central Harlem, a historic neighborhood buzzing with soul-food spots, trendy restaurants, and cocktail bars, as well as jazz clubs, Baptist churches and barber shops. It is surrounded by historic blocks of townhouses and adjacent to pocket parks and tree-lined streets, all within a mile from Central Park.

And while we’re sad to see Harris and Burtka part ways with their charming New York City brownstone, come holiday season we’re looking forward to seeing more of their East Hamptons home. After all, be it Halloween or Christmas, the family of four love to spread the joy.

Previous Story:
These are the most popular cocktails in the world
Next Story:
Book a window seat when flying into these airports