The fascinating history of these 28 dog breeds

People love their dogs, but how much do you know about our canine friends’ past? Some dogs were bred for their hard working abilities, while others were bred by the wealthy to serve as fashion accessories for royals.

We’ve found the histories of a few well-known and some more obscure dog breeds to find out how different breeds have evolved from their wolf ancestors. Keep reading to find out how many of these breed histories you know!

This shaggy dog unsurprisingly hails from Afghanistan (hence the name). Although some historians once speculated it was bred in ancient Egypt, there is currently no evidence to back that up. It was originally bred to be a hunting dog in the hilly parts of Afghanistan before it was brought back to Europe by British soldiers from the 19th-century Indian-Afghan wars.

The Akita was first bred in northern Japan as a mountain dog and was used for hunting and fighting. In 1931, the Japanese government even designated the Akita as a “natural monument.” Now, it’s used as a police and guard dog.

Azawakhs are sighthounds first bred in the West African Sahara Desert to guard livestock. They didn’t make their way to Europe until the 1970s, and the breed is still known for being rather adaptable to harsh desert conditions.

This sheep-looking breed was first bred in the 1800s in Bedlington, Northumberland in Northeast England. These dogs were bred to help the average “working man” kill vermin in their mines and for sport hunting when they weren’t working.

This dog was bred with the Bernese dog and other guard breeds to create the perfect farm dog. It’s believed that the Romans brought the dog to Switzerland about 2,000 years ago. Ever since, the breed has been a common feature on Switzerland farmlands.

The Bichon Frise was always bred to be a companion dog. It’s believed that French sailors brought it back to their homeland from the Canary Islands in the 14th century. The breed commonly entertained royals with its tricks, and in the last century, it has become one of the most common breeds used in circuses.

Biewer Terriers are the newest American Kennel Club-recognized breed, having just been added to their list in 2021. The German breed itself is also rather new, having only been first recognized in 1984. It’s a rare purebred dog resulting from breeding two Yorkshire Terriers who have a recessive gene.

The Bull Terrier started off as a fighting dog in the 19th century, although now it’s much more common to see the breed domesticated and living happily with its human family. In between fighting and becoming a family dog, it was briefly a common companion for English “gentleman,” as the breed was thought to be quite fashionable.

The Cane Corso started off as a Roman war dog before transitioning into life as a farmhand in Italy. Now, the breed can be found working as a flock or property guardian, a hunting dog or living blissfully with families.

This breed is thought to be one of the first dogs bred in the U.S. and confirmed to be the first Louisiana-bred dog. Named after the Choctaw word for “sacred lake,” it’s believed this breed came into existence by breeding Mastiffs and Greyhounds when conquistadors in the mid-1700s came to Louisiana and bred their dogs with Ingendious peoples’ dogs to create the ultimate working dog.

The Cavalier was first recognized by the British Kennel Club in 1945 and has since grown in popularity in the U.S. However, you can find the breed in photos and paintings of royals as far back as the 14th century. Although it’s a sporty hunting dog, it’s better known for being a royal companion and toy dog.

Czech breeder Frantisek Horak created this dog in 1948 by breeding a Sealyham Terrier with a Scottish Terrier in the hopes of creating the ultimate forest hunting dog. It’s a short but muscular dog, which helps it navigate the forest with ease. It’s believed to be the sixth-most rarest dog breed in the world, and it’s estimated that there are only 600 of them in the U.S.k

The Chihuahua is AKC’s smallest-recognized dog breed, weighing as little as three pounds. Earliest records of the dog indicate that it may be from the Toltec people in Mexico during the 9th century, having been a descendant of a mute toy dog called the Techichi. They were originally used for rituals, ceremonies and food, although now the breed is a companion dog.

Named after the Etna volcano in eastern Sicily, the Cirneco dell’ Etna was bred in ancient Greece near what is now Lebanon. With a keen sense of smell, the dog was used for hunting rabbits and other small game.

Czechoslovakian Wolfdogs were bred in the 1950s using German Shepherds and Carpathian wolves. While capable of barking, the breed has a reputation for being rather quiet. It can be good with an attentive owner as a pet, but the dog is primarily used for Border patrol and search and rescue.

The Dachshund was first bred in the 1800s to deal with Germany’s explosive growth of its rabbit population. However, the breed is still better known as a badger hunter for German fur traders.

While this breed was also used for hunting, Dalmatians are better known for their long history of being carriage dogs. It is not clear exactly when this breed first emerged, but their earliest appearance seems to be in Egyptian cave paintings. It’s believed they made their way to Europe via Croatia, but even this theory is still unconfirmed.

Despite being called a Great Dane, this breed actually originated from Germany about 400 years ago. These gentle giants were bred from mastiffs and hunting dogs to protect nobles’ estates and carriages. It’s called a Dane because a French traveler first saw the dog in Switzerland and referred to it as a “Great Dane.” The nickname stuck.

Unlike the Great Dane, this Finnish pup actually does hail from the country it’s named after. In fact, it’s the national dog of Finland! The breed’s history is not well-documented, although breed standards were established by 1812. Ever since, it’s been used to hunt small game and birds, as its distinct bark points hunters in the direction of nearby game.

Officially called the Nederlandse Kooikerhondje, this “little dog with a big name” was bred to hunt ducks and other birds sometime before the 16th century. They would chase fowl into a cage so their owners could easily catch prey.

In its native Romagna-Italian dialect, this dog’s name translates to “duck dog” or “lake dog.” The dog has been around for about a thousand years and is commonly used to hunt ducks and other birds.

Hailing from Tibet, the Lhasa Apso can be traced back as far as 800 A.D., where it lived with Tibetan monks in the Himalayas. The breed is believed to have originated as a guard dog and holds a special significance to monks, who believe priests are often reborn as this breed before being reincarnated as humans. Tibetans give the dogs as prized gifts. In fact, the first lhasa apso dogs in the U.S. were gifts from the Dalai Lama in the 1930s.

The Maltese is another ancient dog breed. It was thought to have originated from Malta thousands of years ago, with some estimates being as old as 6,000 B.C. The dog was originally used to kill rodents on ships and to barter with for food. However, they soon became companion dogs favored by ladies around Malta and, eventually, Europe and the rest of the world.

In Norwegian, lunde means “puffin” (with “hund” meaning hound), which help pinpoint this dog’s origins. This ancient dog breed was developed in the Islands of Lofoten, near Norway and near the Arctic Ocean. Remote farmers relied on puffins for food, and these dogs helped them hunt for them. Since outlawing puffin hunting in Norway, the dogs nearly went extinct.

Nowegian dog organizations are re-breeding the dog to avoid inbreeding. Today, the dogs are often used at airports where they hunt nearby birds to to alleviate plane-bird crash incidents.

This scent hound has been labeled by the British Kennel Club as a “vulnerable native breed.” First appearing in the U.K. around the 1700 to 1800s, the breed was one of the first U.K.-bred dogs and — as its name suggests — was used to hunt otters. However, it’s now more rare than red pandas, with an estimated 600 otterhounds left in the entire world.

This breed of Corgi has origins as far back as 1107 A.D., when it was used by Flemish weavers and as herders. Known for its obedience, intelligence and sportiness, it’s now a common house and show dog.

Sloughis, also known as “Arabaian Greyhounds,” are lean hunter dogs from the deserts of North Africa. They date back to the 13th century, although some historians believe the breed may be even older than that. While the dog is rather rare in the U.S., it’s still used for hunting and is known to be rather loyal to its owner.

The Xoloitzcuintli, or Xolo, is a hairless Mexican dog with origins as far back as the Aztecs (at least 3,500 years ago!). Originally used as guard dogs, Xolos were almost extinct when they became the national dog of Mexico in 1956. The dogs have made a comeback in recent years as hairless, hypoallergenic dogs have gained popularity. 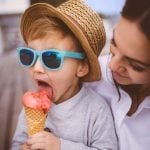 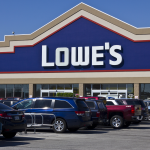