This is the best internet connection you can buy today 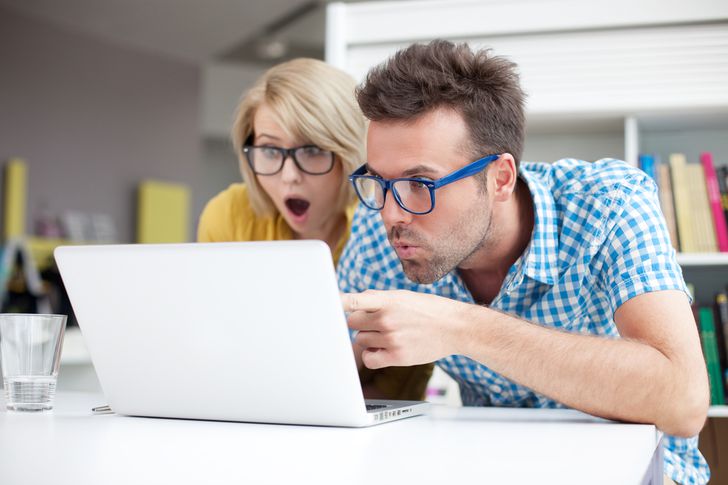 A new age of speedy wireless internet connectivity is upon us, thanks to not only the possibly over-hyped 5G (mass rollout of which is not really due until next year) but the next generation Wi-Fi standard, 802.11ax, aka Wi-Fi 6.

Put simply, Wi-Fi 6 makes possible speeds of up to and possibly exceeding 1Gbps, three times faster than current Wi-Fi 5 (aka 802.11ac). Even if you don’t subscribe to 1Gbps-plus service from your internet provider, all your data will travel faster and more efficiently from further away from your router, even if you maintain your current internet subscription level thanks to the increased efficiencies and capabilities of Wi-Fi 6 technology.

Unlike 5G, you can buy Wi-Fi 6 products now. And even if you only have a Wi-Fi 6 router, a busy connected household with multiple users simultaneously streaming 4K content, surfing the web, using Skype or FaceTime, and playing games online on current Wi-Fi 5 (802.11ac) devices should see performance improvements.

With these language issues out of the way, let’s talk about the myriad improvements you’ll get by migrating from Wi-Fi 5 to Wi-Fi 6, including the new technologies and increased processing power found in Wi-Fi 6 routers.

All of these improvements assume you have a Wi-Fi 6 cable modem and router, and all your connected devices — smartphones, laptops, gaming consoles, smart TVs and media streamers, smart home devices — are equipped with Wi-Fi 6, which they won’t for at least a year or more.

But, if you buy a Wi-Fi 6 router now, all your current Wi-Fi 5 and 4 (such as all home Wi-Fi security cameras connected via 2.4GHz) devices will get a performance boost, especially in a home filled with Wi-Fi devices and constantly connected users all demanding high levels connections at the same time.

We’re at the starting gate for Wi-Fi 6 products, so the only Wi-Fi 6 devices available now, or scheduled to be available soon, are Wi-Fi 6 cable modems and routers, which include:

This cable modem specialist will start selling its Wi-Fi 6 mesh system sometime this spring at an as yet undetermined price. mAX Pro Mesh is a tri-band system — two 5GHz and a Wi-Fi 6 2.4GHz networks (the 2.4GHz network on dual band Wi-Fi 5 systems actually run Wi-Fi 4/802.11n). The second 5GHz band is dedicated to communications between nodes. Arris says the mAX offers 500 percent faster speeds and four times the range of current Wi-Fi 5 mesh systems, with a two-node system able to cover 6,000 square feet — because of Wi-Fi 6’s increased range, you’ll get increased placement flexibility when locating client nodes around your expansive abode. We’ll have a review of the mAX system as soon as we can lay our hands on it.

According to this Republic of Gaming (ROG) maker, this monster gamer-specific tri-band Wi-Fi 6 router, is equipped with 8 antennas (as will all top-flight Wi-Fi 6 routers) and enables potential output of “nearly 11,000Mbps” (10Gbps), with the third 5GHz band “reserved for gaming devices to prevent other wireless activity from interfering with your primary machines.” The Rapture also utilizes the barely-used 5GHz DFS band to create the clearest possible wireless connection to the cloud and other gamers, and is equipped with the company’s AiMesh technology, which means RT-AX92U expansion nodes can be added to create a Wi-Fi 6 mesh. No word yet on when or how much on either the router or two-pack AX6100 mesh node package.

Netgear is already selling its futuristic-looking dual-band 4×4 AX6000 (aka RAX80) for $399, and will soon start selling its Star Wars TIE imperial fighter-like tri-band 8×8 AX12 (aka RAX120) for, well, more money, sometime this spring. The wings on each of the Nighthawk Wi-Fi 6 routers cleverly disguise the otherwise ugly spider-like antenna array you’ll see on other Wi-Fi 6 routers.

Like Netgear and Asus, TP-Link is making both mainstream and gamer-specific Wi-Fi 6 routers. The dual-band Archer AX6000 is currently available for $349.99, while the red-tinted alien-looking tri-band Archer AX11000 gaming router will be available by spring for $449.99. TP-Link also will start selling its own Wi-Fi 6 mesh system, the Mesh Deco X10 AX2700, for $349.99 sometime this fall.

Last August, the cable giant announced a Wi-Fi 6 router — with no additional technical or availability details other than a vague capabilities YouTube video, and no follow-up since. The company also said it “is also developing a converged wireless router solution to be introduced in 2019 that will bring further enhancements to the Spectrum Wi-Fi router including the ability to utilize licensed spectrum and several IoT radio technologies into a single form factor design.” Whether this means a combined cable modem/router remains to be seen.

Comcast: At CES, the cable giant and Intel announced a partnership “to develop Wi-Fi 6-enabled technologies that are designed to deliver the fastest, best Wi-Fi customers have ever experienced.” One assumes this means a Wi-Fi 6 cable modem or modem/router, but no other product or availability details were made available.

Other than these routers, Kevin Robinson, VP of marketing for the Wi-Fi Alliance, says that a wave of “client” devices — laptops, smartphones, smart TVs, gaming consoles, media streamers, smart home and other IoT gear, — equipped with Wi-Fi 6 are due this fall. So, if you’re considering the purchase of Wi-Fi connected gear, especially a smart 4K TV or any device through which you’ll be streaming 4K video, I’d definitely stall until you can buy one equipped with Wi-Fi 6.

Vendors of Wi-Fi 6 products and services are going to wave outrageous connection speeds at you. For instance, Comcast offers 2000Mpbs (2Gbps) Xfinity service for $299.95/month. (Check out The GearBrain, our smart home compatibility checker to see the other compatible products that works with Comcast’s Xfinity Home X1 Platform.)

The problem is that right now, no Wi-Fi device of any kind is capable of operating at that speed, at least not without some complex connectivity jury-rigging.

As with any Wi-Fi standard, you can only get the speed your device is capable of receiving. Right now, the fastest Wi-Fi devices, such as Apple’s MacBook Pro, are equipped with so-called 3×3 radios, which means the fastest its Wi-Fi connection will be is in the 750Mbps neighborhood — and that’s assuming you’re subscribing to that level of internet connectivity from your cable provider and you’ve accordingly jury-rigged your Wi-Fi 5 router to deliver that Mach 3-like speed. In normal operation, a Wi-Fi 5 router can only deliver Wi-Fi speeds of around 300Mbps and change.

It is likely that pending Wi-Fi 6-equipped gear could be equipped with 4×4 radios, which will wireless transmit data at 1Gbps (1000Mbps) speeds, but only if you subscribe to that level of service from your cable provider and only you get one of the aforementioned new Wi-Fi 6-enabled cable modems and a Wi-Fi 6 router. A 4×4 Wi-Fi 6 radio in a laptop or other connected gear, however, requires more antennas and more powerful processing, so these first Wi-Fi 6 devices initially will be expensive to mirror their super speediness.

Bottom line? Buying a Wi-Fi 6 router now when all your other connected gear is “only” Wi-Fi 5 is recommended only for really congested Wi-Fi households. In these crowded Wi-Fi environments, everyone will definitely see a boost in service and network performance with a Wi-Fi 6 router. 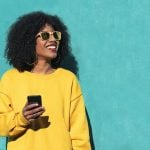 Previous Story:
How to start investing: A guide for women 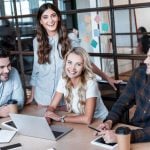 Next Story:
56 business tools for freelancers, consultants & side hustlers

About the Author / Stewart Wolpin