From fresh fowl to fast-frozen birds

Ah, Thanksgiving. It’s a time to pretend you like your in-laws, turn off the FitBit and over-indulge in fatty food and binge-watch some football. While some traditions remain, the Thanksgiving your grandparents (or their grandparents!) knew isn’t exactly the same one it is today. Thanksgiving day parades, pop-up turkey thermometers, instant mashed potatoes, televised football: these things didn’t exactly exist in 1621 … or even 1900!

So we’ve rounded up some of the most famous Thanksgiving traditions (plus some that are relics of the past) so that if you have nothing else to be thankful for, you can thank your lucky stars you can watch football instead of playing charades with your mother-in-law! 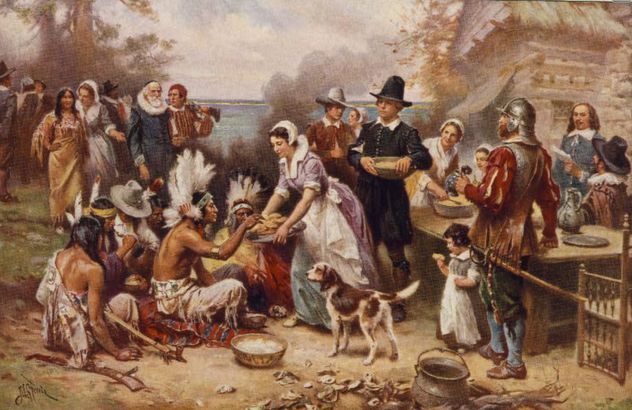 While we don’t know much about the “first” Thanksgiving, historians are pretty sure one at least original Thanksgiving tradition remains: drinking!

This first Thanksgiving happened because some Plymouth pilgrims got a ton of fowl (which was probably actually geese and ducks, not turkey). About 90 Wampanoag stumbled upon the pilgrims the day they hunted all these fowl and decided to offer up some sides, which historians believe to have included fish, eels, shellfish, stews, vegetables and, most importantly, beer. So the two groups spent the day eating, firing guns, running races and, of course, drinking. This bonding moment created a truce between them until the start of King Philip’s War in 1675. 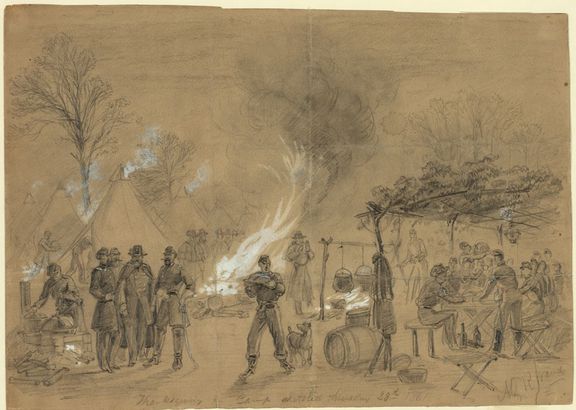 President Lincoln officially declared Thanksgiving a national holiday in 1862 during the Civil War. With families being less connected (you know, with the whole country at war with itself), this first official Thanksgiving gave way to the holiday moving even farther away from religious roots and being more about families traveling to see each other and enjoying (mostly) each others’ company. 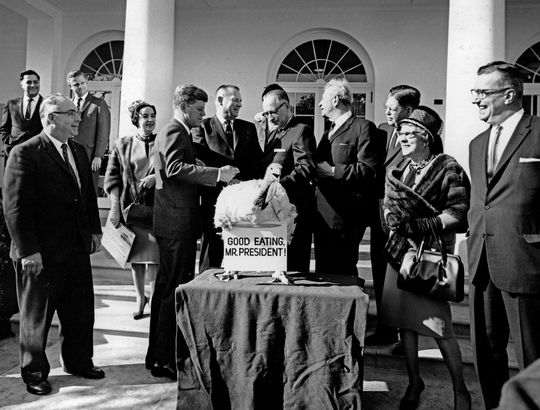 Despite popular belief, Harry Truman didn’t pardon the first turkey in 1947. Actually, Lincoln pardoned one in 1863 after his son begged him to spare the turkey’s life. However, at the time, turkey was primarily a Christmas feast (although that would change just a decade later after a Rhode Island poultry seller named Horace Vose started selling them for both holidays). 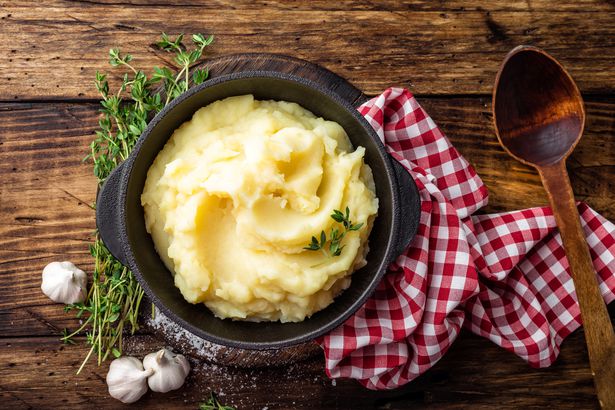 One of the first major changes to the original Thanksgiving came with the creation of the Russet potato in 1872 by botanist Luther Burbank. From that day forward, the potato in all its glorious forms made company with some of the other original Thanksgiving sides, including cornbread, cranberries (no, not the canned kind … yet!) and pumpkins (think squash, not pies!). 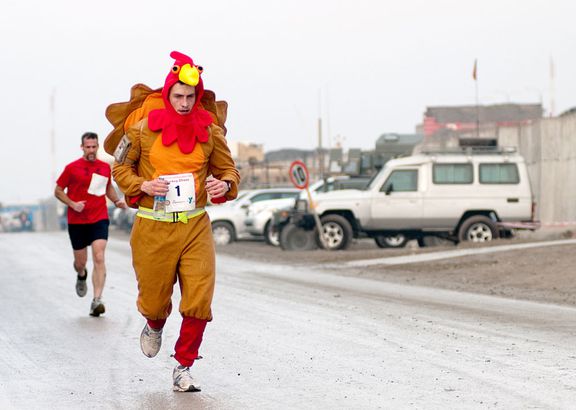 The Turkey Trot first started after six runners from Buffalo, New York, raced each other on Thanksgiving day. By 1947, it would become an annual event across the country. 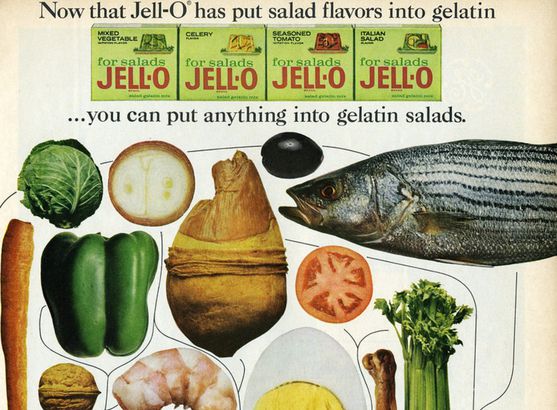 Ah, Jell-O salads. These wobbly stalwarts of Thanksgiving tables everywhere may have gotten their start as far back as 1904 when Better Homes and Gardens named “perfection salad,” (a salad made with lime Jell-O and cabbage” as third best in a salad competition. This is the first known record of the salad created by Mrs. John E. Cook of Pennsylvania. By the 1980s, though, most Jell-O salads had lost their appeal — at least as salads go. 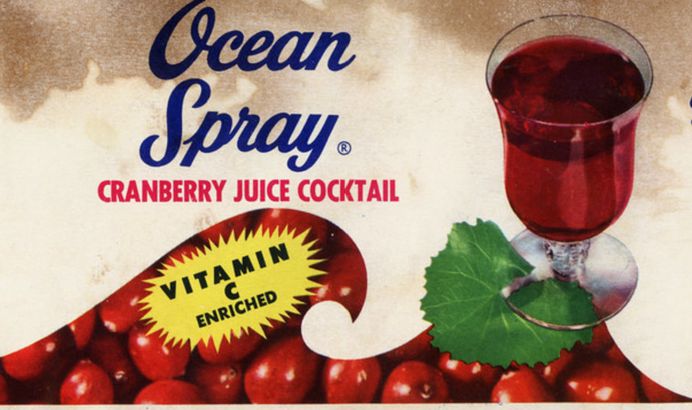 Love it or hate it, canned cranberry sauce entered the scene in 1912 when the Cape Cod Cranberry Co. first began selling it under the name (yes, you guessed it) Ocean Spray. Ever since, it’s been a Thanksgiving side dish hero! 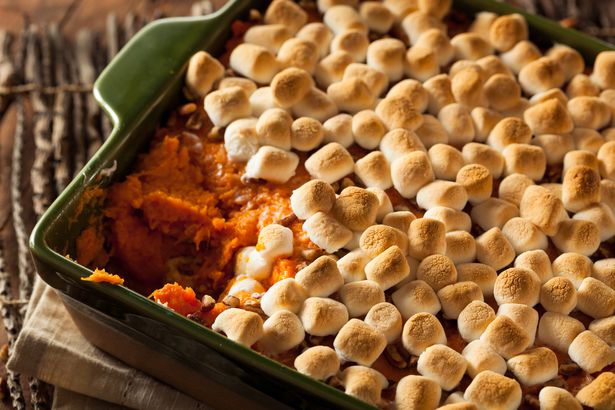 1917: Candied yams become a thing for some reason

Don’t worry: This one didn’t have staying power! While you may see sweet yams smothered in tiny marshmallows on your grandma’s table, it’s far more common to see this dish done with sweet potatoes, which many nutritionists say is probably for the best. 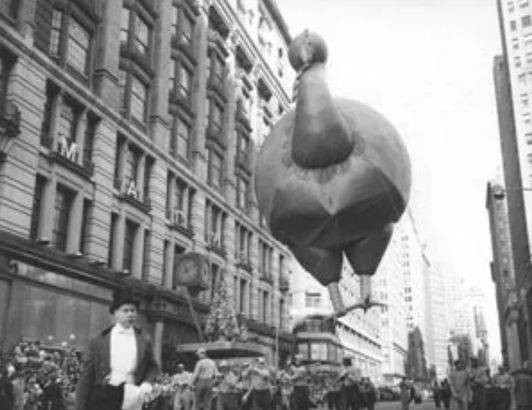 It’s hard to imagine Thanksgiving without the iconic Macy’s Day Parade. But Macy’s didn’t hold the first parade until 1924. And even then, it was aimed at bringing attention to its newest store on Herald Square, which it bragged was “the largest store in the world.” 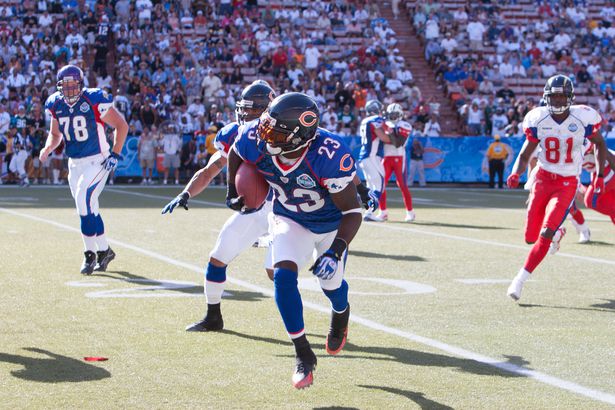 Football became a Thanksgiving tradition after Detroit Lions owner George A. Richards convinced Chicago Bears owner and coach George Halas to play on Thanksgiving. The NFL game was broadcast nationally by NBC Radio Network and was an instant hit. … well, unless you were a Bears fan. 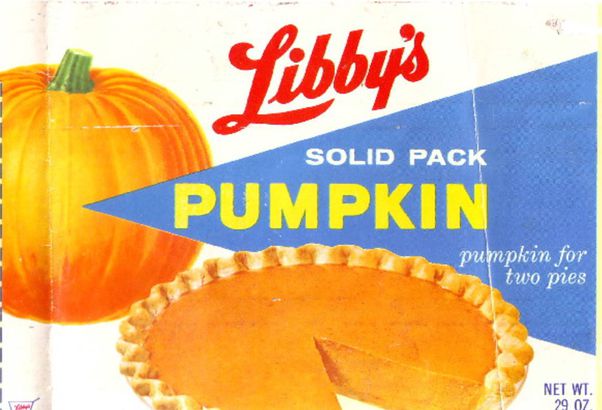 World War I and advances in food science and manufacturing jump-started the creation of a few now-classic Thanksgiving dishes. And while canned pumpkins have been a thing since the 1920s, Libby’s, the version of canned “pumpkin” most Americans use today, was first introduced in 1950. And it was dubbed “The New Fashioned Pie” for a reason.This still popular brand doesn’t actually use pumpkins; rather, the company has created its own strain of Dickinson squash, which, to be fair, is super similar to pumpkins. It’s just bred to be sweeter and creamier, thus better for baked pumpkin pies. 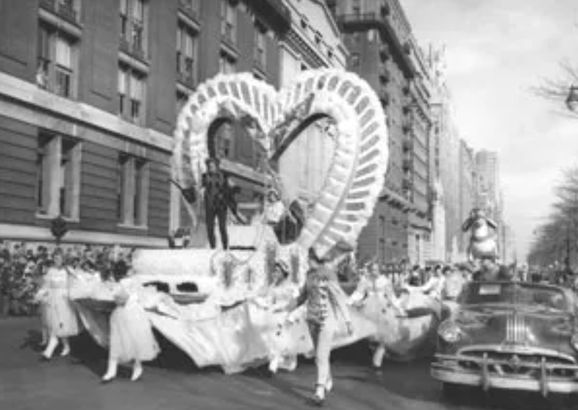 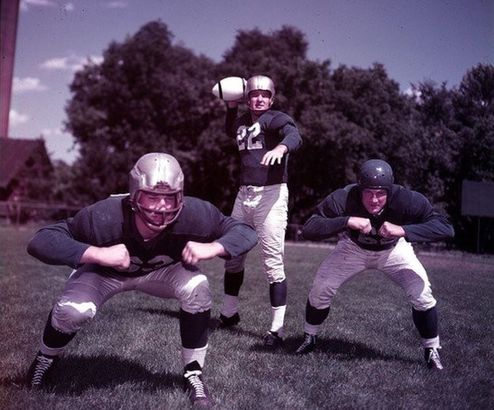 In 1953, DuMont first brought football to the small screens on Thanksgiving Day with a game between the Detroit Lions and the Green Bay Packers. 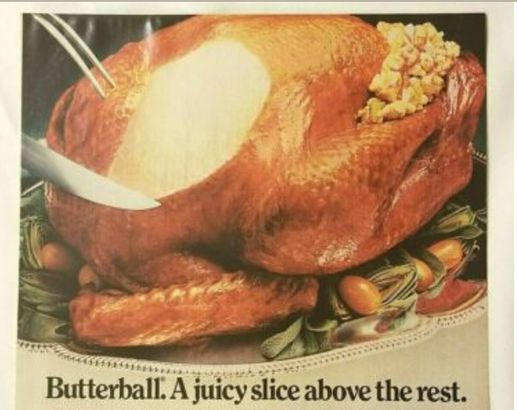 Leo Peters, an employee at Chicago-based meat processor Swift and Co., first bought the trademark “Butterball” in 1951. According to his son, Peters made his first fast-frozen turkey in 1954 and began licensing it to Swift and Co. for sale in the 1960s. Goodbye turkey hunts, hello 20th-century, pre-seasoned, thaw-and-serve turkey! 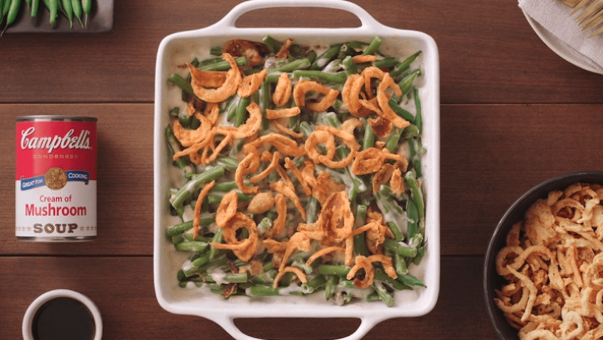 Campbells chef Dorcas Reilly created the first green bean casserole recipe in 1955. While canned goods had been a thing in the U.S. since the 1800s, the Ball Brothers Company helped turn canned goods, including those many used to make this recipe, during World War I to help feed American soldiers. 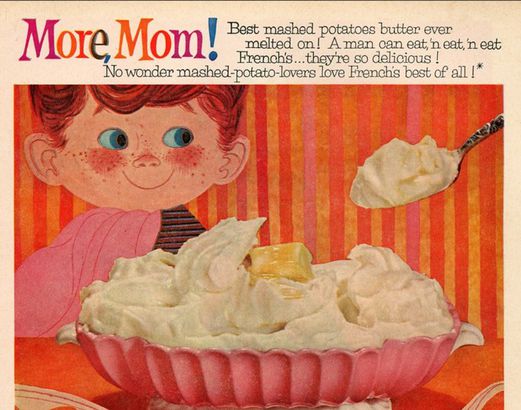 1957: Instant mashed potatoes to the rescue

Don’t have time to peel, boil and mash your own potatoes? Thank Miles Willard for making instant mashed potatoes so you and all the cooks in your life can get out of the kitchen and on with the giving of thanks. 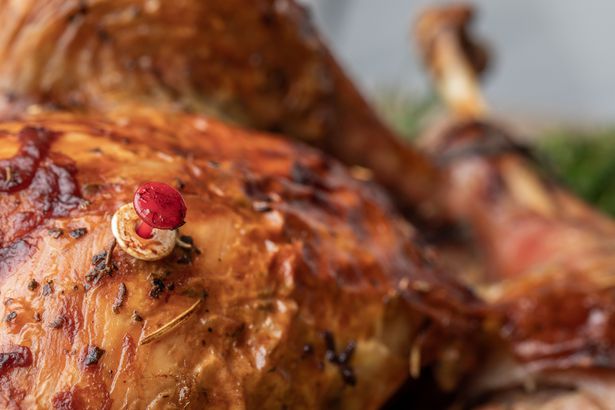 California Turkey Producers Advisory Board member Eugene Beals and a team of inventors created Dun-Rite Co. to start creating the first pop-up turkey thermometer. However, he sold the struggling business in 1973 to 3M for stock in the company. 3M sold the company to Volk Enterprises in 1990 and created the version of the thermometer that’s used today. 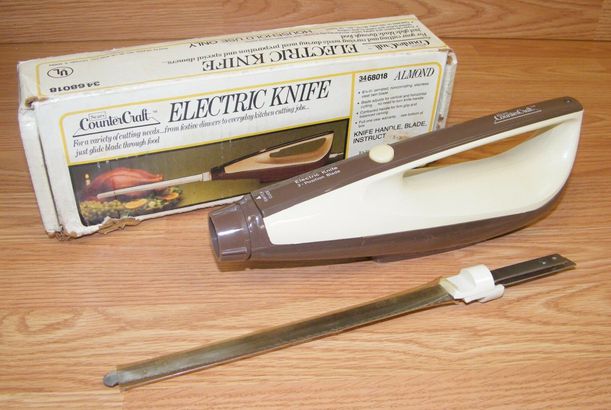 Jerome L. Murray patented the first electric carving knife in 1964 amid the wave of electronic inventions coming out beginning in the 1960s. While it may not have been easy to carve an entire bird with the earliest electric knife, it sure did create a spectacle that entertained guests. 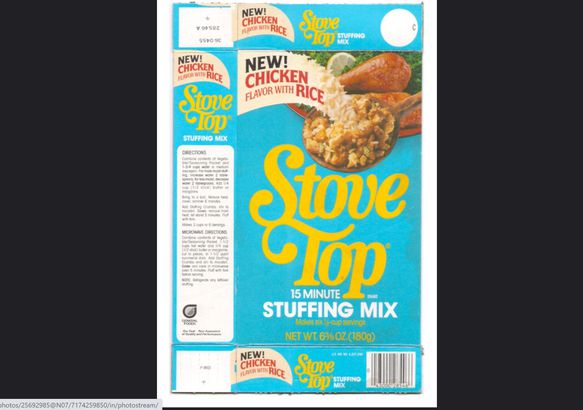 Stove Top Stuffing hit the shelves in 1972. The original recipe for this Thanksgiving side dish included vegetables, seasonings, herbs, spices and baked crumbs, and it boasted that it only took 15 minutes to make. Now, the box says it’s ready in just five minutes! 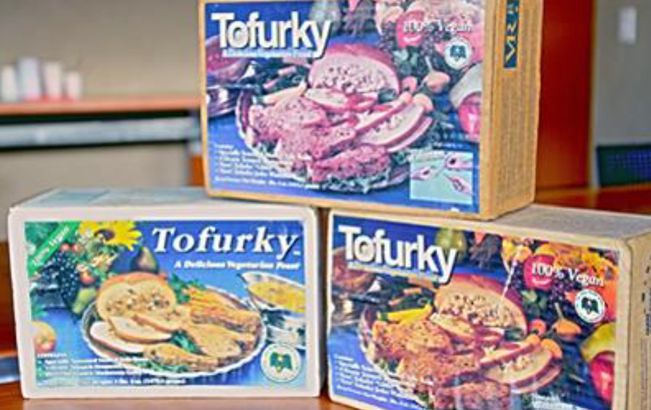 Tofurkey may not quite be a holiday tradition yet, but this tempeh-based turkey substitute first hit stores in 1980. 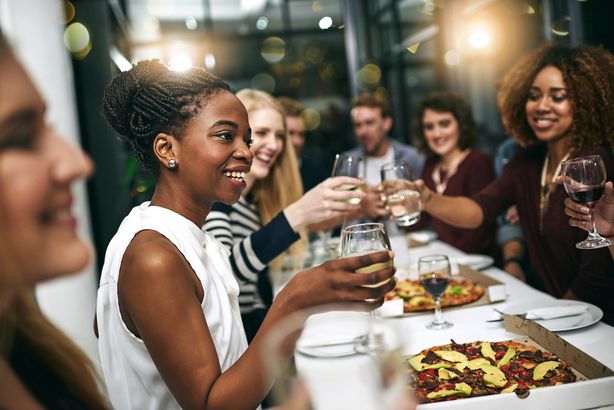 2000s: Eating out becomes a tradition for a growing minority

Pre-pandemic, 15% of Americans opted to eat out for Thanksgiving in 2019. While 72% of Americans said they opted to make their own Thanksgiving feasts in 2020, many consumer experts believe the trend of eating out will increase overall over the next few years. 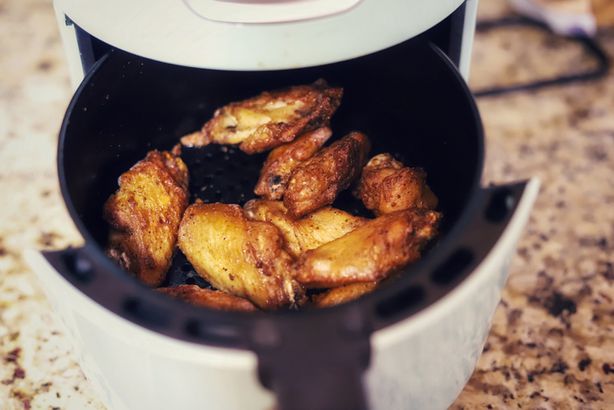 Step aside, oven! While it takes about three to four hours to cook a turkey in the oven, the air fryer, introduced in 2010, reduces that time to an amazing 7-10  minutes per pound, according to the folks at Butterball. Plus, home cooks can make a ton of Thanksgiving sides in one, too! 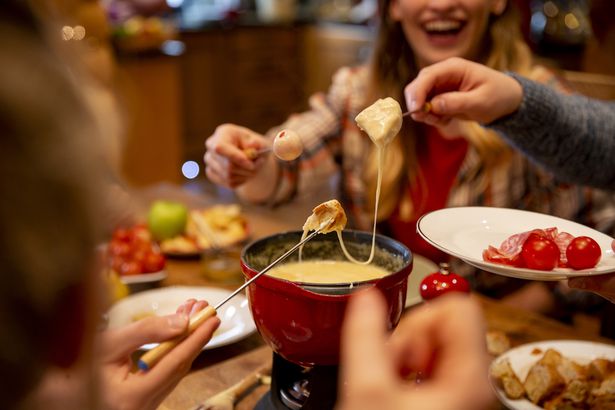 While Friendsgiving may have gotten its roots from a 2008 episode of Friends, Merriam-Webster says the “holiday” really took off in 2011. That year, Bailey’s Irish Cream used friendsgiving in an ad, and The Real Housewives of New Jersey even had an episode featuring a friendsgiving, called Gobblefellas. 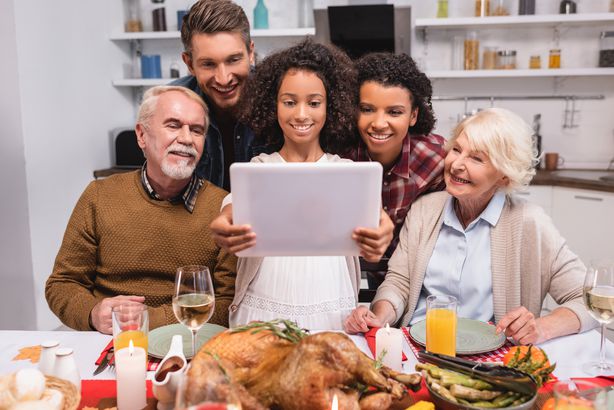 2020: Zooms-giving becomes a lifeline for the holidays

As too many of us know, Zooms-giving was the best many of us could do to celebrate Thanksgiving with friends and family who don’t live in the same household because of COVID-19. While more people plan to travel for the holidays in 2021, the CDC has released its new holiday guidelines here, so Zoom may still be the safest option for many again this year.