Does good bacon have to be expensive bacon? 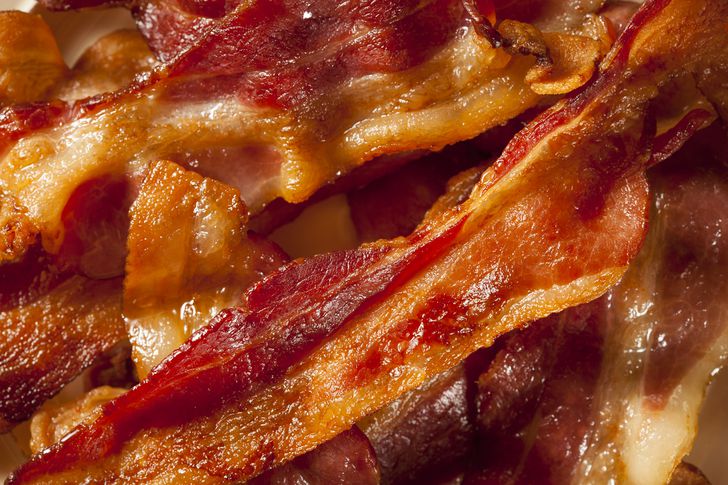 I’ve been cooking a ton of bacon professionally for nearly eight years. Actually, some months I do cook a literal ton of bacon. That’s a lot of bacon. People have asked me whether or not you need to spend top dollar for the best bacon, and the truth is, it depends. Here’s a little story along with some background about me that will help explain.

My restaurant today is called Bacon Bacon. It started out as a food truck in 2011, is now a successful cafe in San Francisco. About eight years ago, when I was in the development stage for my food truck, I had the great pleasure of tasting and cooking … and tasting and tasting … a lot of bacon. Those days I was really focused on whether or not the bacon was local, raised properly, without hormones … you get the idea. I wanted what I thought was the best bacon.

Those issues are still incredibly important to me, but in the ensuing years I’ve also learned that running a successful restaurant business is all about the margins. A couple of percentage points in the wrong direction can have a huge impact on your bottom line. Restaurants aren’t too different from household budgets in that sense.

When considering cost, especially once I opened the restaurant, one key item I needed to focus on was how I was going to be using the bacon. As I developed the menu and started focusing on which products I was going to use, I realized that most of the bacon on the menu was a component of a dish and not necessarily the star of the dish. The real flavor of the more expensive, local bacon was getting lost in my bacon double cheeseburger and breakfast burrito. The same could be said for most of the other dishes. (Looking for some bacon inspiration? Check out these eight mind blowing bacon dishes.)

Given how I was using it, the bacon had to be super tasty and cost effective. It also needed to cook evenly, be salty but not too salty, and stand out. In other words, it needed to be a great character actor – like Steve Buscemi or John C Reilly. You wanted to know it was there – bold and strong, but ultimately supporting the rest of the cast rather than stealing scenes. I found a great bacon for my business from a farm west of San Francisco. It was really tasty, and it fit the budget. It’s a great product but it’s not the most expensive stuff out there.

But about a year ago, I changed my mind. As a business owner, I sometimes feel that urge to change things – often out of boredom and not a particular need. It keeps me interested. Over the years, I have played with changing my bacon vendor. I learned an important lesson last winter about changing things and how it can have a negative impact really quick.

One of my Bacon Bacon neighbors runs a family-owned farm north of San Francisco. They produce one of the best bacons I have tasted. They feed their pigs from their own farmland, and the resulting bacon is super thick, smoked perfectly and cooks up really nicely. It’s also more expensive.

I decided to make the move and switch to the expensive bacon. What I quickly found out was that, because of the nature of the food on my menu (that supporting actor role), people weren’t noticing the difference. Wrapped inside our breakfast burrito, or under the buns of our bacon double cheeseburger, the higher-end bacon was noticeable to me, but not necessarily our customers. But I was paying almost double the price.

The invoices were coming in and I realized I had made a mistake. I didn’t feel comfortable raising my prices – an $18 bacon burger just seemed wrong to me. A month later, “Operation Expensive Bacon” was over and I switched back to the affordable bacon.

So, does good bacon have to be expensive bacon? In my opinion no. Did the expensive bacon taste better to me than the more affordable bacon? On it’s own, sure. But in the end, it really depends on how you plan on eating and serving your bacon. Do you want a couple strips (Who am I kidding? Four strips…) next to some scrambled eggs and home fries? Then maybe it’s OK to splurge on the really expensive bacon every now and then. But if you’re serving it in a club sandwich or chopping it up for a Cobb salad, then a simple, good bacon will do the job. Just don’t buy the bad bacon!

The good news is you don’t have to. There’s a ton of affordable, great bacon out there, in addition to the pricey stuff. The best part is trying out all the different types. Believe me… I know.

With over 25 years experience in the food business Jim Angelus started Bacon Bacon, a successful cafe in the Upper Haight area of San Francisco. Jim opened Bacon Bacon in 2011 and has since been on the Food Network, Travel Channel, Discovery Channel and featured on CNN's Making it America. Bacon Bacon has won several bacon cooking competitions.
View all posts 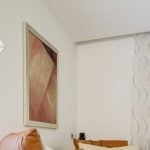 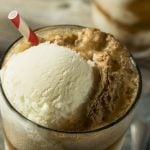 About the Author / Jim Angelus

With over 25 years experience in the food business Jim Angelus started Bacon Bacon, a successful cafe in the Upper Haight area of San Francisco. Jim opened Bacon Bacon in 2011 and has since been on the Food Network, Travel Channel, Discovery Channel and featured on CNN's Making it America. Bacon Bacon has won several bacon cooking competitions.