Here’s what these famous ’90s kids look like now

In August, Spencer Elden, who appeared on the cover of Nirvana’s legendary 1991 Nevermind album as a baby, sued the band and associated parties. He alleged that the album cover, which depicts him sans diaper, exploited him.

While it’s hard not to sympathize with his plight, the lawsuit brought up another issue for legions of Gen Xers that was perhaps even more dismaying to them – how in the world was the baby from the Nevermind album cover 30 years old already? Aren’t we all still 21 years old and flying the flannel?

For those who played the album over and over again back then, it was a tough pill to swallow. It served as a reminder of the relentless march of time and the unforgiving nature of the aging process in a way that no amount of AARP mailers could.

Of course, Elden isn’t the only person who we mainly remember as kids from way back when, and who we were shocked to learn had aged the same number of years that we had. Here’s a rundown of formerly famous kids who are grown adults today, and we simply can’t process the information.

Image: A spoof of the famous Nirvana album cover that does not depict Spencer Elden all grown up.

Abigail Breslin made her film debut at the age of six in the 2002 M. Night Shyamalan movie Signs, but it was her performance in 2006’s Little Miss Sunshine that made her a star. She was nominated for an Academy Award for her performance, and even though she didn’t win, she was only 10 years old, so how about giving her a break?

Despite not winning Hollywood’s highest honor, Breslin kept acting and has been gainfully employed the whole time. She is currently 25 years old, so she still has plenty of time to win a gold statuette or two.

In case the Spencer Elden imbroglio didn’t make you feel old enough, here’s Frances Bean Cobain, who was born in 1992 to Nirvana’s Kurt Cobain and Hole’s Courtney Love. Her father died by suicide before she was two years old, and she pretty much stayed out of the spotlight until 2005, when she granted her first-ever interview to Teen Vogue at the age of 13.

Today, Cobain is 29 years old, and in 2017 it was revealed that she earns approximately $100,000 a month from her late father’s estate and is worth more than $11 million altogether. But that doesn’t necessarily make her a fan of the music. “When it’s shoved down your throat every day for 24 years, you just stop caring,” she said.

Dakota Fanning started acting at the age of five and has never been hard up for work in the time since then. The only potential complication in her life might have been that she made so many movie and television appearances as a child that she would have trouble transitioning into roles for grownups.

Fanning managed to escape the curse of child actors who become unemployed when they get older. Now 27, Fanning appeared in the Twilight franchise and very gracefully aged into adult roles, such as in 2019’s Once Upon a Time in Hollywood, in which she played would-be presidential assassin Squeaky Fromme.

Bindi Irwin is the daughter of Australian conservationist Steve Irwin, who passed away in 2006. She was eight years old at the time of his passing, but rather than lower her profile, she continued production of her own television show, Bindi the Jungle Girl, which had started filming before her father’s death and even featured him in some early episodes.

Today, Irwin is 23, married, and a conservationist in her own right. In March she became mother to a daughter, Grace Warrior Irwin Powell. “Her middle names, Warrior Irwin, are a tribute to my dad and his legacy as the most incredible Wildlife Warrior,” she said.

There was a time in the distant past when the idea of pop singer Madonna settling down and having a family was laughable. But in 1996, that’s exactly what happened, when she gave birth to Lourdes Leon, her daughter with fitness trainer Carlos Leon.

Leon kept a low profile for the majority of her 24 years, but in May she was the subject of a Vanity Fair article that declared her “ready to express herself.” It talked about her status as the face of Marc Jacobs’ 2021 spring collection and her starring role in a Stella McCartney viral campaign, as well as her thoughts on men who ask her if she’s on Instagram as an opening line. “You need to gather yourself and think about the way in which you want to get to know people because that’s just not how you do it,” she said.

Jonathan Lipnicki made his big screen debut in the 1996 Tom Cruise movie Jerry Maguire, in which he played the adorable moppet son of Renée Zellweger. His career immediately took off and he worked consistently in movies and television after that, most notably starring in 1999’s Stuart Little.

Lipnicki made such an impression as a child actor that it’s hard to imagine him as an adult, but he is indeed a 30-year-old man today. In addition to his continued acting, he’s also been busy with philanthropic endeavors and practicing Brazilian Jiu Jitsu.

In 1999, at age 10, Jake Lloyd starred as young Anakin Skywalker in Star Wars: Episode I – The Phantom Menace, a plum gig that should have catapulted him into superstardom. Instead, he said that he was bullied at school, mocked by fans, and found the entire experience so off-putting that he retired from acting in 2001.

Lloyd, who is now 32 years old, had a hard time adjusting to life after Star Wars. He was involved in several incidents that required police intervention, including a 2015 incident in which he attacked his mother. In 2017, Mark “Luke Skywalker” Hammill himself said that the way Lloyd had been savaged in the press was simply cruel. “I’m still angry about the way they treated Jake Lloyd,” he said. “He was only 10 years old.”

Emily Osment was born into a family of actors, including her father Michael Eugene Osment and her brother, who we’ll get to in a moment. At 10 years old she appeared in the second film in the Spy Kids franchise, followed by its 3D sequel a year later. In 2006, she joined the cast of the Hannah Montana television show, opposite Miley Cyrus.

Now the ripe old age of 29, Osment has continued acting, recently appearing on Netflix’s The Kominsky Method. She’s also been an active musician since 2009, when she released her debut EP, All the Right Wrongs.

Emily Osment’s brother Haley Joel Osment had already been in a few movies when he starred in 1999’s The Sixth Sense, but the supernatural Bruce Willis vehicle put him on the map. After conquering Hollywood at 11 years of age, he had his pick of high-profile roles, but inevitably, the roles for the child actor dried up once he was no longer a child.

Osment had the good fortune to be so heavily identified with his role in The Sixth Sense that when he began taking into adult roles, he looked nothing like his former self and could almost pass as a new actor. Now 33 years old, he’s pretty much unrecognizable to people who only know him from The Sixth Sense, particularly when he appeared on HBO’s Silicon Valley in 2017 as a bearded tech bro.

At the age of 13, Ariana Richards starred in 1993’s Jurassic Park as Lex Murphy, the teenage girl who (SPOILER ALERT) saves the day with her computer hacking skills. At the time of its release, it became the highest-grossing movie of all time, perfectly positioning Richards to become a bona fide movie star, but after a couple more movies, she moved on.

Richards, who is now 41 years old somehow, has become a successful artist and doesn’t seem to miss movie sets even the tiniest bit. Go check out her website and buy some paintings!

Jamie Lynn Spears is the younger sister of singer Britney Spears, and she achieved fame in her own right as the star of the Nickelodeon show Zoey 101. However, at the age of 16, she announced that she had become pregnant, and she stopped acting.

Spears’ exit ended up being temporary, and she came back to showbiz after five years. She released several country music recordings, and in 2021, after returning to acting, it was announced that the now 30-year-old Spears would release a memoir in 2022. She also appeared with her daughter Maddie on the Nickelodeon game show Double Dare in 2019 (pictured).

Mara Wilson starred in a trifecta of classic movies before she turned 10 years old – 1993’s Mrs. Doubtfire, a 1994 remake of Miracle on 34th Street, and 1996’s Matilda. In which she played the title character. After starring in 2000’s Thomas and the Magic Railroad, she went on a 12-year hiatus from acting.

In 2012, Wilson finally explained why she had stopped making movies, describing filmmaking as “tedious.” Now 34 years old, she’s done a little acting since then, appearing on Broad City and doing a voice acting role on BoJack Horseman, but she clearly does not miss being a movie star, as she made clear in a New York Times opinion piece. “It was cute when 10-year-olds sent me letters saying they were in love with me,” she wrote. “It was not when 50-year-old men did.” 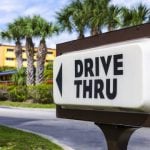 Next Story:
Fast food favorites we wish they’d bring back