After a federal court struck down the nationwide mask mandate on airports, planes and other forms of public transportation, it remains unclear how the decision will impact flight traffic in the United States. While some passengers may have been discouraged from flying by the prospect of having to wear a mask both in-flight and at the airport, others may decide to stay grounded now, unwilling to board a crowded plane without a mask mandate in place.

As the following chart shows, U.S. airports have been getting quite busy lately, with daily passenger throughput exceeding 90 percent of 2019, i.e., pre-pandemic traffic in April 2022. 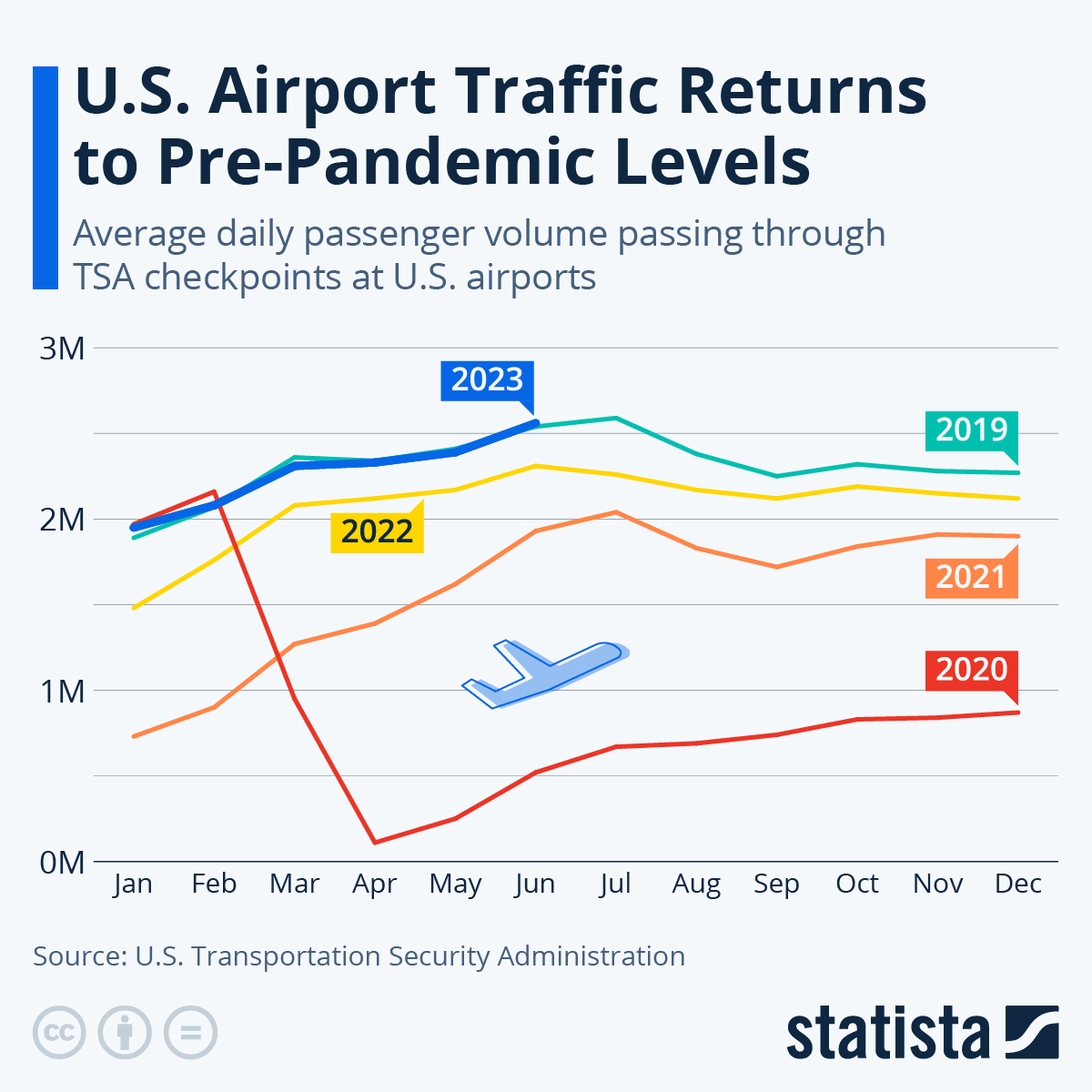 Following an abysmal 2020, where passengers remained hesitant to return to the skies, flight traffic picked up noticeably in the second quarter of 2021, as the vaccine rollout proceeded rapidly. According to data from the Transport Security Administration, passenger throughput at U.S. airports started climbing steadily, with TSA safety checks exceeding two million in a single day for the first time since the pandemic hit on June 11.

Throughout the busy summer season, the daily average hovered around the two-million -mark, trailing 2019 passenger numbers by roughly 500,000 a day on average. By the end of the year, the gap had narrowed to 350,000-400,000 before gradually climbing closer to pre-pandemic levels in the first four months of 2022.

The most dazzling airports in the world

Previous Story:
Banana cake with cream cheese frosting is fluffy & delicious
Next Story:
Here’s how to make your bedroom an eco-friendly haven