What is the average retirement age? 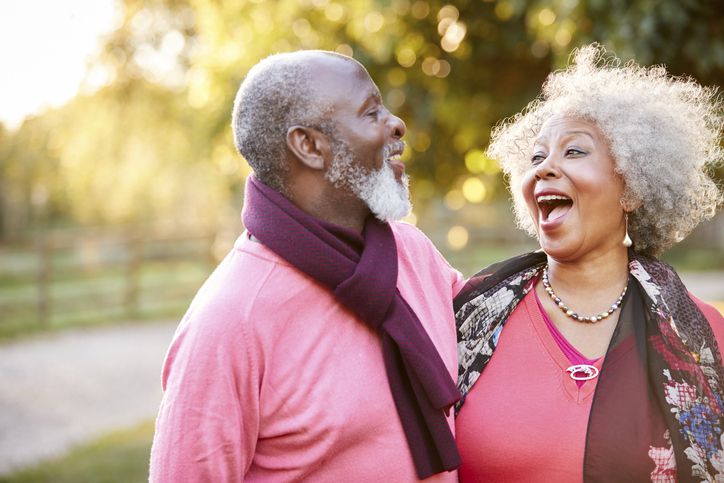 There are certain milestones that people expect by certain ages. By 16, you hope to hit the road with your shiny new driver’s license.

The first election year after turning 18, you can’t wait to head to the polls. For 21-year-olds, a champagne toast is in order. Eventually, everyone stops worrying about age-related milestones — we’re all on our own paths after all.

But then comes 65, the year many expect to retire. Easier said than done, right? Career, life and family choices can all affect the age workers retire by.

Before diving into how someone can prepare for a financially comfortable retirement, let’s look at what the average retirement age in the USA really is.

Related: When can I retire? This formula will help you know

65 is not a guarantee

Sixty-five may be the age most of us envision for retirement, but not all regions of America are hitting this goal. According to the U.S. Census Bureau’s American Community Survey:

A lower cost of living may be what’s helping West Virginia residents retire so young. West Virginia was one of the top 10 most affordable states in the country in 2019, according to U.S. News & World Report.

Overall, the average retirement age in the U.S. is 64.

Expectations can lead to disappointment. Any kid with an overly ambitious wishlist for Santa Claus knows that.

Now imagine a person spending most of their adult life expecting to retire at 65 and then realizing their retirement savings just isn’t enough. Ideally, that won’t happen, but it has happened to many.

The Employee Benefit Research Institute 2019 Retirement Confidence Survey Summary Report found that workers expect to retire at age 65, but as noted previously, the average retirement age in the US is 64. Retiring earlier than initially planned could lead to not having enough money to retire comfortably.

Especially, if a person doesn’t retire early by choice. Over four in 10 people retired earlier than they expected, mostly because of health problems, disabilities, or changes within their organizations.

It can be difficult for workers to exactly predict at what age they will retire due to circumstances that may be out of their control.

The right time to retire might have more to do with how much a person has saved rather than their age. According to the PGIM Investments 2018 Retirement Preparedness Study, there has been a shift to this way of thinking.

The survey found that half of Gen Xers and 62% of millennials reported they believe they will be ready to retire once they’ve saved enough money, not when they reach a certain age.

In order to bridge any financial gap caused by not having enough retirement savings, 51% of pre-retirees expect they will earn an income during their retirement by working either full time or part-time.

While the survey found that respondents are aware of what they need their retirement savings to look like, there is a gap between their expectations and their actions. Seventy-nine percent of pre-retirees reported that they agree they should be doing more to prepare for their retirement.

However, only 48% reported having a strong retirement plan in place, with 19% of Gen Xers and 31% of millennials admitting to not saving for retirement at all.

A lack of awareness seems to be leading to a lack of preparedness: 25% of pre-retirees surveyed said they aren’t sure how much money they are currently saving for retirement.

Retirement can last 30 years or more. As lovely as that sounds, financial security is key to enjoying a relaxing retirement.

To retire comfortably, the IRS recommends  having up to 80% of a person’s current annual income saved for each year of retirement. With the average Social Security monthly payment being $1,177, retirees may need to do a decent amount of saving to cover the rest of their future expenses.

Any day is a good day to start saving, but saving for retirement while a person is young could help put them on the path toward a more secure retirement and might allow them to take advantage of compounding interest.

Compounding interest can take small investments and grow them into larger ones with the earned interest. That is to say, the money in a savings account, individual stocks, or mutual funds will earn interest, then that interest goes on to earn more interest. As savings grow, interest grows with it.

The Department of Labor  (DOL) estimates that for every 10 years a person waits to begin saving for retirement, they will have to save three times as much every month to play catch up.

One of the first steps a person could take toward their retirement saving journey is to estimate how much money they need to save. According to the DOL, just 40% of Americans have calculated the retirement savings they will need. Once potential retirees have an idea of how much to save for retirement, they could start making progress toward that goal.

It might be worth considering what retirement savings options may be available, whether that is an employer-sponsored 401(k), an IRA, or a simple savings account. Contributing regularly is key, even if big contributions can’t be made to retirement savings right now.

Making small additions to savings can add up, especially if extra money from finishing car payments, getting a holiday bonus, or earning a raise can be diverted to a retirement savings account.

If an employer offers a 401(k) match, it might be beneficial to take advantage of that feature and contribute as much as the employer is willing to match.

Along with receiving free money from an employer, there are also tax benefits of contributing to a 401(k). Contributions to a 401(k) happen pre-tax — that lowers taxable income, which means paying less in income taxes on each paycheck.

In addition, 401(k) contributions aren’t taxed when deposited, but they are taxed upon withdrawal. Withdrawing money early, before age 59½, also adds a 10% penalty.

If access to an employer-sponsored 401(k) plan isn’t available, or even if it is, investors might want to consider putting money into an IRA. IRAs allow investors to put up to $6,000 a year into their account.

There are two options for opening an IRA — a traditional IRA or a Roth IRA, both of which have different tax advantages.

Any contributions made to a traditional IRA can be either fully or partially deductible, and typically, earnings and gains of an IRA aren’t taxed until distribution.

For Roth IRAs, earnings are not taxable once distributed if they are “qualified,” which means they meet certain requirements for an untaxed distribution.

If an investor needs a little help sticking to a retirement savings plan, they could consider setting up an automatic monthly deposit from a checking or savings account into an IRA.

Late to the retirement savings game?

As retirement gets closer, future retirees can plan their savings around their estimated Social Security payments. The official Retirement Estimator tool provided by the U.S. Social Security office could help by basing the estimate on an individual’s actual Social Security earnings record.

While this estimate is not a guarantee, it might give a retiree an idea of how much they might consider saving to supplement these earnings.

Financial Tips & Strategies: The tips provided on this website are of a general nature and do not take into account your specific objectives, financial situation, and needs. You should always consider their appropriateness given your own circumstances.
SoFi Invest
The information provided is not meant to provide investment or financial advice. Investment decisions should be based on an individual’s specific financial needs, goals and risk profile. SoFi can’t guarantee future financial performance. Advisory services offered through SoFi Wealth, LLC. SoFi Securities, LLC, member FINRA/SIPC. The umbrella term “SoFi Invest” refers to the three investment and trading platforms operated by Social Finance, Inc. and its affiliates (described below). Individual customer accounts may be subject to the terms applicable to one or more of the platforms below.
External Websites: The information and analysis provided through hyperlinks to third party websites, while believed to be accurate, cannot be guaranteed by SoFi. Links are provided for informational purposes and should not be viewed as an endorsement.
Third Party Brand Mentions: No brands or products mentioned are affiliated with SoFi, nor do they endorse or sponsor this article. Third party trademarks referenced herein are property of their respective owners. 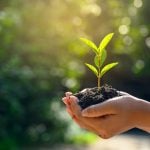 Previous Story:
20 products that make it easier to be green 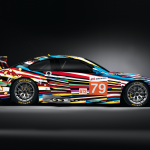 Next Story:
Art on wheels: These BMWs were transformed by famous artists