Queen Elizabeth II, the UK’s longest reigning monarch, worked alongside 14 U.S. presidents and 15 U.K. prime ministers, the last of whom, Liz Truss, was appointed to the role just two days before the queen died. 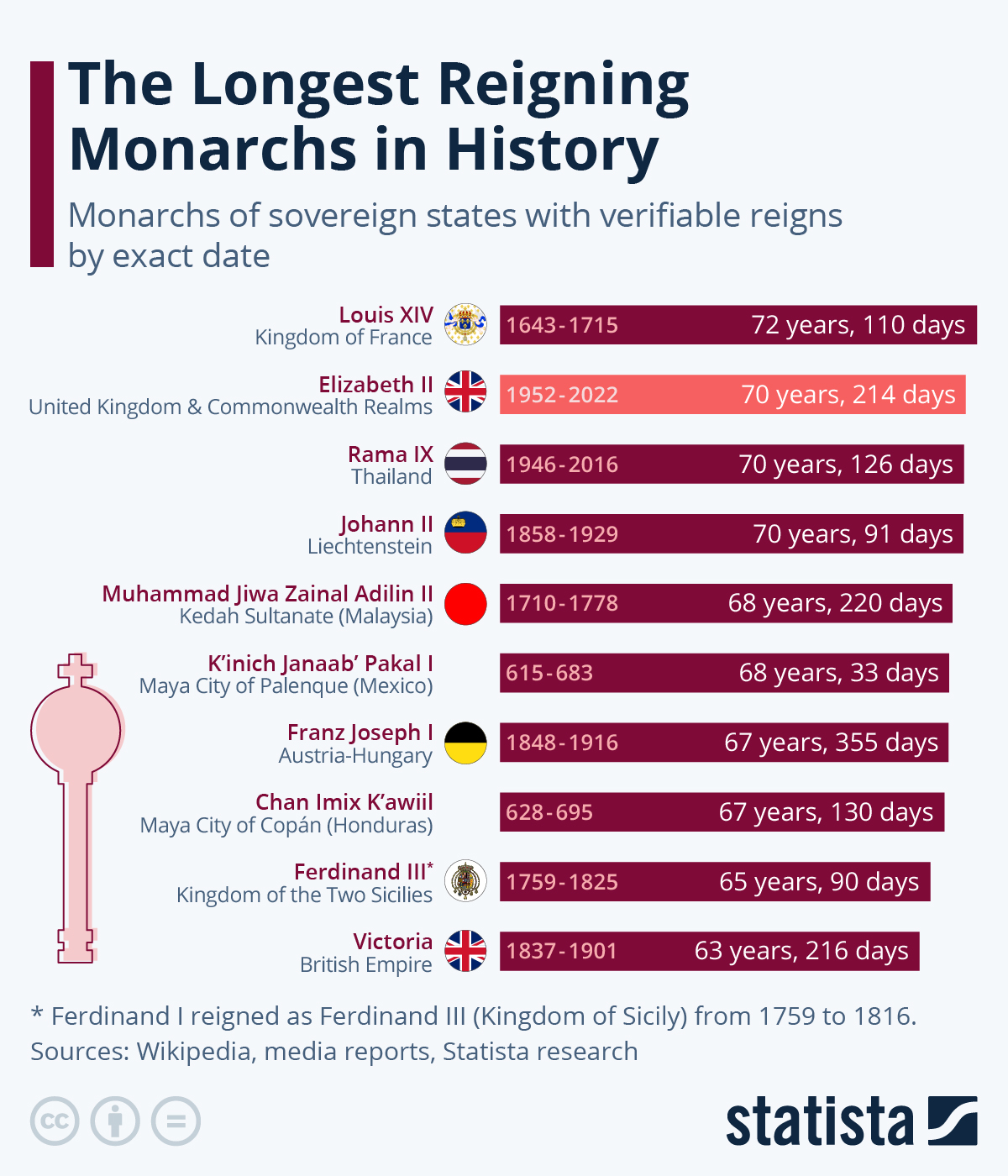 With seven decades in power, Elizabeth was the second longest ruling monarch of a state that was internationally recognized as sovereign. Only one other ruled for longer, King Louis XIV of France, who headed the country for more than 72 years, between 1643-1715. Louis was just four years old when he was named king.

As our chart shows, Thailand’s King Bhumibol Adulyadej (Rama IX) comes in a close third place, having ended his rule in 2016 after 70 years and 126 days.

In terms of the longest reigning monarchs of all time, including states that were not internationally recognized as sovereign for most of their reign, Elizabeth would rank much further down the list. At the top, comes Sobhuza II, who reigned over Swaziland for 82 years and 254 days, from 1899 until 1982.

Previous Story:
How to get paid faster with recurring bill payments
Next Story:
The top 15 reasons Americans overspend